Cows Can't Jump is written with unhesitatingly unapologetic honesty. Billy is an eighteen-year-old underachiever and the world as he sees it through his youthful filter is almost incomprehensible.

This novel, however, forces us to assess all the filters we ourselves use to look upon the world. With perspicacity combining humour and deeply troubling modern concepts, this novel makes us realize that if we arrived in 2020 fresh from another era, we too might see the world as inexplicable. There is comedy in our dark times, but it depends so much on your own perspective.

Cows Can’t Jump is lively, it's funny, its style is bold and fearless: an impressive debut from the novelist, Philip Bowne.

We begin in 2016, which now seems a lifetime ago. Remember that was the year when all the famous people died? One wonders now whether they knew something we did not… perhaps they saw things to come and snuck off early, and with hindsight, do we blame them?

It is exactly this approach to an otherwise somber thought that seems to define what it means to be Billy, or a lad of his age. When you look upon things with adult cynicism and despair, no wonder things can seem so bleak. This book, therefore brings comfort in its humour: it asks us to abandon our misconceptions for a while, and just see the world through the eyes of someone we are not.

The characters central to Billy's world are his parents, complete with middle-aged angst, the grave digging “Russian Dolls”, grandad GG and his new beau who is approximately half his age. They are to be married, we learn, and the news prompts familial awkwardness, expressed in frankly comic behaviour and all recounted to us by Billy, in a direct, uncensored and incredulous-yet-accepting style that, to me, is reminiscent of Sue Townsend’s Adrian Mole.

What we observe of the family speaks volumes: its absurdity is familiar so we smile in spite of ourselves. Grandad drops a fork prompting Mum to check whether it has left a grease stain on the carpet and Dad proffers a boxing glove in place of his hand to greet his soon-to-be stepmother. Our fly on the wall narrator detaches himself from the melee – he has his own concerns, after all, and just lets the adults get on with their own farcical routines.

Beyond the cringing, however, we find compassion as we witness the manifestation of the parents’ mid-life crises. Their actions are, to most, ludicrous, their behaviour perhaps predictably stereotypical. Mum forms a “confessional group”, Dad takes up boxing. Their true personalities we don’t discover - they remain, in our eyes, just Mum and Dad, their identity beyond that, as to all children, almost irrelevant.

The women's confessions are amusing, screaming of middle-class angst: “My husband and I have sex twice a year. When we do...we have the lights off and I imagine he's Tony Blair" ; "I lie and tell people I voted for Britain to remain because I'm scared people will think I'm a racist". Do these sound inconceivable? The answer is distinctly, no. Billy passes no comment so we can only imagine what he must be thinking as he witnesses the women meditating, holding hands, crooning along to Simply Red and then bursting into tears. It's laughable, because it could so easily be any of us. Meanwhile Dad is outside, complaining of an ant "invasion" whilst pouring boiling water between the paving slabs - no one is spared the candid confessional; this is life, according to Billy. 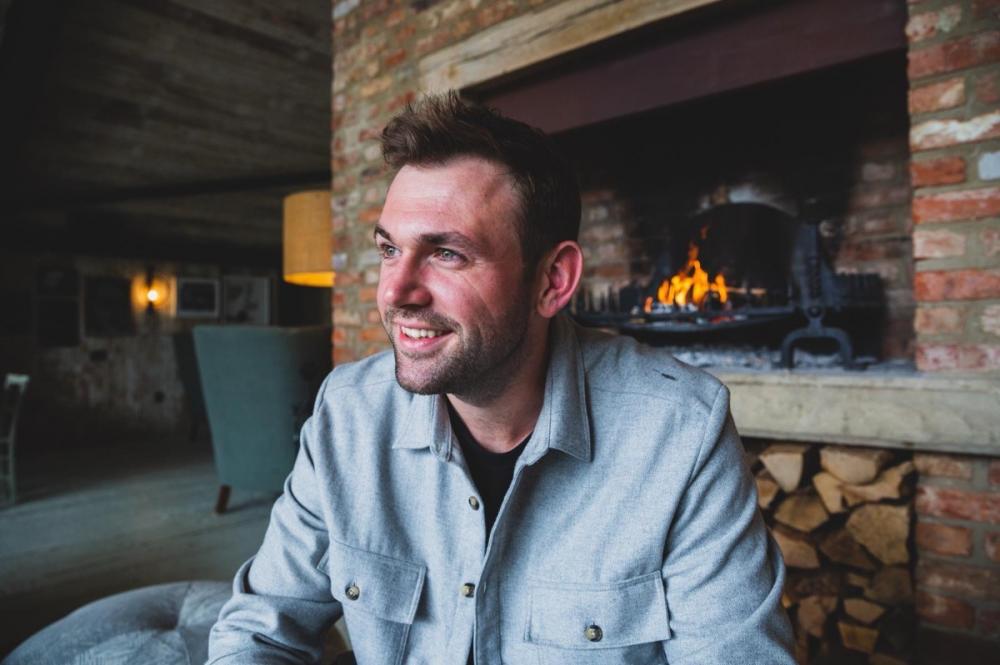 Philip Bowne
Billy meets Eva and a brief but intense love affair ensues for the duration of a summer job. He resolves to follow her home to Europe, agreeing to a harebrained money-making scheme to raise the cash. The plot can be read without giving much thought: there is comedy, tenderness, irony, and boy, there are some intriguing characters, but with every encounter on his unlikely journey, I asked myself, what is being said here?

My own conclusion is that the author is asking us to consider people as ‘just people’, irrespective of their heritage. The exaggerated eccentricities of the strangers along the way exacerbate in my mind how quickly we come to judge a person; put them into a box defined by their nationality. This book tells us that people can be nice and people can be nasty, whoever they are. Against the backdrop of Brexit, perhaps we are being asked to reconsider our European neighbours, they are, after all, just people, albeit with a different accent. Mistrust derives from misunderstanding – we don’t trust les autres, and surely this is wrong?

We start to see sense amidst the satire of youthful optimism and false expectation – questioning our own adult cynicism. Billy recalls Eva talking of ‘desire lines’: her attitude is that all roads lead to the same destination, so why the impatience, the need to take a short cut? Subtext: why hasten the onset of adult resignation, the acceptance of futility and of fate. Billy sees the same path as a route "to the desires of every heart". So perhaps Billy’s escapade isn’t futile; worth it instead just for the experience, seized whilst he can.


Also by Caroline Spalding...
Review: Earthlings By Sayaka Murata'When You Divide Death By Life You Find A Circle': Apeirogon, A Novel By Colum MccannAn Interview with Lorraine BrownReview: Uncoupling By Lorraine BrownInterview: Eleni Kyriacou
Cows Can’t Jump is described as a coming-of-age book and Billy does become dearer as he grows with the novel: he admits that he didn't consider an episode he had witnessed until much later, only to realise he still did not know the answer. This is a mature response: the European trip brings him face to face with the darkest realities of Europe of recent years, problems to which we have yet to find the solution. He does not deny his residual immaturity; his honesty is touching but he accepts, not unbegrudgingly, that he is growing up.

In a moment of fear, Billy tells us that to be adult is to be "terrified and cowardly and frightened of everything all the time". Spoken with the candour and directness of youth, but is this not true, nonetheless? So, why shouldn’t we take a moment to toss aside the burden of reality and enjoy the invigorating narrative, best taken with a pinch of salt.

Towards the end Billy observes passengers in nearby cars. His stares render them uncomfortable, but this does not concern him as he knows "this was the closest I would ever come to these people, before they turned off at a junction and disappeared into another life". This perhaps is a key point of the book - we live in a world of our own. We are so quick to cast judgement from the very limited boundary of our own contextual understanding. We don't seek to understand, we shun what and whom we don't want to comprehend and our façade of peace is so easily disturbed by the inconvenient truth.

Perhaps, in summation, it is time to dispel our middle-aged preconceptions. Cows Can’t Jump is a joy to read, and I'm glad to say that when I closed the final page, I did so with a sense of pride. Using my Canadian aunt's lexicon, I thought “Atta boy, Billy!"

The clue is in the title... Can cows really not jump?

For more info please visit https://philipbowne.com/ or follow Philip on Twitter @chumpybloke
More in this series...
An Interview With Tim Ewins - Author Of We Are Animals‘Fate Brings People Together No Matter How Far Apart They May Be’: We Are Animals By Tim EwinsAn Interview with Lorraine BrownReview: Uncoupling By Lorraine BrownInterview With Penny Batchelor - Author Of My Perfect Sister'Once The Dead Girl's Sister, Always The Dead Girl's Sister': My Perfect Sister By Penny BatchelorInterview: Eleni KyriacouReview: She Came To Stay - Eleni KyriacouInterview: Louise Fein, Author Of People Like UsAn Interview With Molly Gartland'We Choose How We Treat Each Other' : People Like Us – Louise FeinInterview: Philip BowneAuthenticity Is Its Own Reward: Interview With Kirsten Hesketh, Author Of Another Us'Heaven Knew The Boundaries Were Blurred': Kirsten Hesketh - Another UsInterview: Susan AllottWhat Is Left Unsaid: The Silence - Susan AllottInterview With Victoria Dowd: Debut Novelist And Author Of The Smart Woman's Guide To Murder'Mother Doesn't Do Maternal': The Smart Woman's Guide To Murder By Victoria DowdPublishing In A Pandemic: Introducing Debuts UK 2020