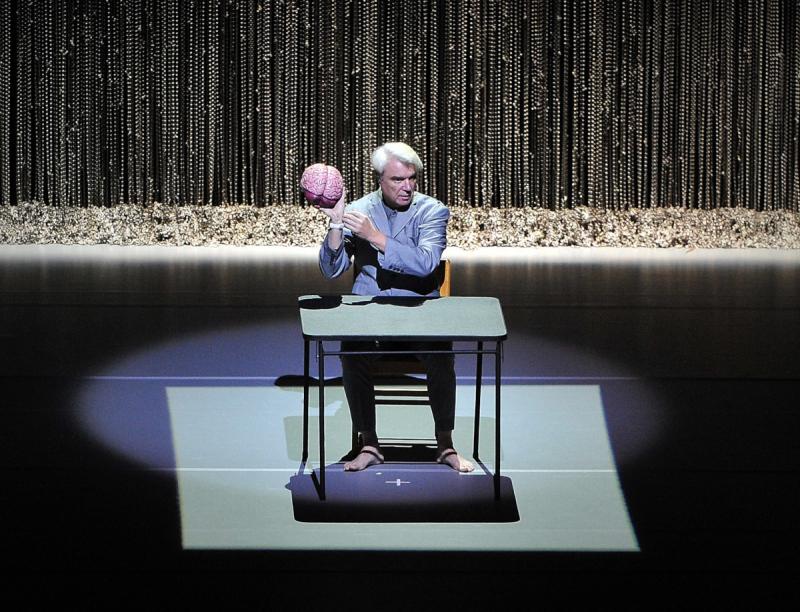 I really wanted to see this show tonight.

Check out Talking heads on You Tube. There’s a really grainy black and white film of the band performing Psychokiller at CBGB’s in New York City in 1975. Stripped of all colour and filmed in a seedy, yet legendary club, it showcases a painfully shy young band with a with a big future. Talking Heads went on to release a host of successful albums and toured the globe before they broke up acrimoniously in 1991.

Post the dissolution of the band – David Byrne has navigated his own idiosyncratic career in the music world with notable collaborations along the way and tonight’s performance at Leeds Arena was the next step on the journey. 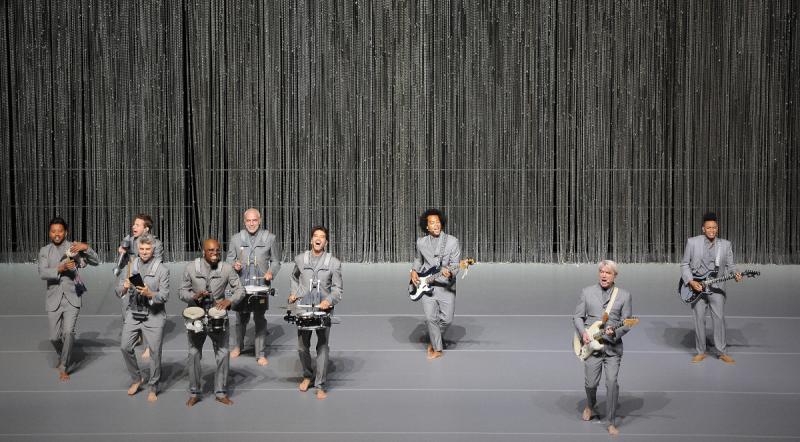 The stage remains stripped and minimal some 43 years after he played CBGB’s. Huge chain curtains are draped down the sides and rear of the stage. It’s a minimal format - something we seldom see in this bloated world of arena “entertainment”. The lighting is simple but effective and there is no presence of drums or amplifiers. The stars of the show are of course Byrne and his band of energised cohorts.

The lights dim and the expectant audience see the stage properly for the first time. It’s vacant with the exception of Byrne. He always was one for a great ice breaker. He holds a brain in his hand and starts to sing. It’s atmospheric in a venue that is transformed nightly but at its heart - remains a concrete void.


Also by David J Markham...
Exhibition: Henry Moore: ConfigurationAge Shall Not Weary Him Nor The Years CondemnAfter Leeds It Must Be York….The Specials - Leeds O2 Academy - Would You Vote For Them?From A Boy To A Man. From A Man To A King
He warms the crowd up with a series of self-penned songs and they really come alive when they hear Everybody’s Coming To My House. Byrne introduces the song by way of a political narrative about how little interest there appears to be by young American’s to vote in the forthcoming mid-term elections.

The audience are on their feet by now and by the time he gets to the Talking Heads hit Once in a Lifetime – there is a veritable party going on down at the front. The 11 musicians dance and conga all over the stage in bare feet and sharp grey suits. The music is going down real easy for this West Yorkshire crowd.

Burning Down the House is another crowd pleaser.

After about 90 minutes the show is over and Byrne returns for a double encore. I leave before the final curtain to win the race for the car.

To conceptualize and execute a show like Byrne did tonight takes something else. Creativity, ambition and experience are all words that spring to mind. The show is a mix of West End choreography, pop party and political party. It’s something you could almost see being staged in the Turbine Room at Tate Modern. 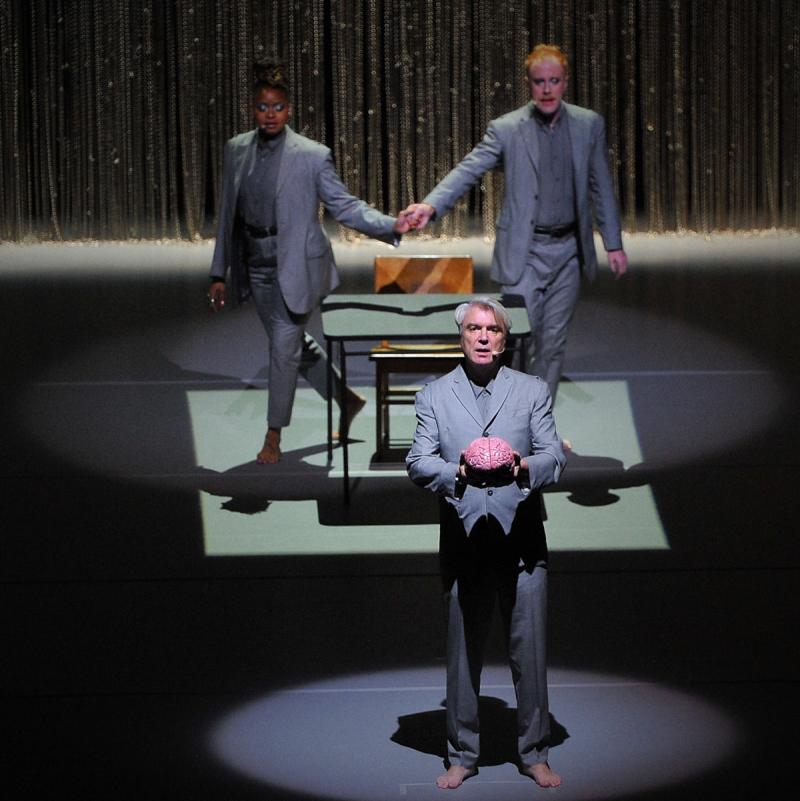 His personal aesthetic is beyond compare. His ability to marry music, dance and imagery is second to none - yet something in me yearned for something more. The show was choreographed to within an inch of its life and there seemed little room for performance spontaneity. It was definitely more Joseph Albers than Bill de Kooning.

How did he get here? Through a long and innovative theatrical journey underpinned by the strength of some really catchy tunes. I wish Byrne well in his musical odyssey and for him to continue to explore the outer reaches of what is possible but in an entertaining and spontaneous way of course. It’s a small but honest request.