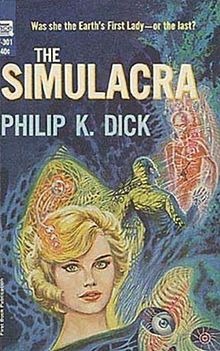 Cover of first edition in paperback
With the spectre of Covid-19 still looming large and our various liberties restricted, I’ve been trying to take my freedoms where I can. Lately I’ve been venturing out into the countryside and indulging in long walks, weather-permitting! To this end I’ve been utilising Google Street View to pre-plan my routes, and in the process experienced an interesting development: a jarring sensation, as if two realities are operating in tandem: the simulated of GSV, and the physical of the day trip itself.

In order to qualify as a “simulation” per se, it must be in some way a kinetic endeavour. A process. GSV is essentially a large-scale series of photographic uploads which, strictly-speaking, are static entities. You can’t parachute in and traverse the terra firma of a photograph. But with GSV, you can. In action, its features resemble those of a driving test simulator. Its online stock of images is also being continuously updated, thus altering its temporal parameters and rendering it simulative to an extent. In short, having already completed a simulated walk by way of a recce, it then feels strange to visit my intended destination and undertake the actual walk itself!

In these uncertain times, such instances of disassociation have become commonplace for me, not least in my reading choices of late.

Philip K. Dick’s The Simulacra (1964) depicts a future totalitarian society in which Europe and America have merged in the wake of a third world war. Society is also now presided over by a matriarch, the office of President now being subordinate to that of one Nicole Thibodeaux, the First Lady. The conflicting reality here is not one of VR, unlike that of “Mercerism” — a collective, immersive form of pseudo-religious observance, as seen in Dick’s most celebrated work, Do Androids Dream of Electric Sheep?. It is perhaps closer to that of his 1959 fiction, Time Out of Joint, in which the mise-en-scène of the protagonist’s hometown is a deliberate façade, orchestrated by the government. So too in The Simulacra, reality is counterfeit — a state-perpetuated false-consciousness, driven by ideology. A secret council operates behind the curtain and utilises simulacra to preserve its power base. As Nicole herself admits in her private thoughts, “this government…is based on a fraud”.

The term “simulacra”, as in the title of the novel, is not a neologism particular to the science fiction genre; nor did it begin with Jean Baudrillard’s seminal treatise on the subject, Simulacra and Simulation (1981). Dick’s work in fact preceded the latter by some seventeen years, and the term itself has been in use since Plato’s era. In this instance, the simulacrum is “der Alte” (the president) — a robotic imposter, constructed and programmed by “ersatz engineers”. In a sense, quite literally a puppet president! Furthermore, we learn he is but one of many simulacra, the latest in a series of mechanised imitators – a “copy of a copy” in the Baudrillardian sense. “Each year der Alte became more obscure”, the character Ian Duncan reflects, thus highlighting the chief problem with simulacra and their reproduction. In other words, a loss of originality, like repeatedly photocopying a photocopy, where the image becomes grainier through replication, until all traces of the original are lost. Baudrillard termed this loss of originality “the desert of the real”, a concept reified quite literally as a post-apocalyptic wasteland in the Wachowskis’ 1999 film, The Matrix. So, for Dick’s council and its collaborators, the task of preserving their secret through successive simulacra becomes increasingly difficult.

Nicole, too, is in a sense simulacral, for we learn that she is but the latest link in a long chain of imitators, who have each resembled the original First Lady some fifty years earlier. As with der Alte, her office is but an ideological simulation, mere window-dressing and cover for the secret ruling council. The current Nicole is in fact Kate Rupert, an actress, and thus the ultimate simulacrum personified: a copy with no original. As Ian Duncan later reflects, “This woman isn’t really Nicole and even worse there is no Nicole anywhere…there never was…just the TV image after all”. And as she perpetuates the myth of her own identity, she is constantly fearful of being exposed as a fraud.

Maintaining the false-consciousness is essential on the part of the secret council for securing the interests of its members, primarily the heads of vast psycho-pharmaceutical cartels. It also preserves a newly-stratified class system, that of the elite “Ges” (or “bearers-of-the-secret”) and the lower-tier “Bes”. The latter reside in microcosmic apartment blocks, akin to those of J.G. Ballard’s High Rise, and are required to pass tests on Party dogma in order to remain member tenants. And it is through this dogma that the populace is effectively hoodwinked, for Nicole’s political broadcasts operate as a form of thought-control. She utilises media-manipulation to render her viewers docile and to confuse their collective impression of reality. Her appearances on their television sets are hypnotic and, in a sense, hyperreal. During one of her addresses, Ian Duncan is mesmerised by her elevated TV presence. She “loom[s] large” and the “screen bloom[s with her]…lovely tranquil features”. Whereas his friend Al Miller is more sceptical, describing her technique as a “planet-wide instrument of persuasion”, Ian appears to be thoroughly brainwashed, preferring Nicole’s hyperreal image even to his own actuality: “To me she’s more real than anything else…Even than myself, my own life”. 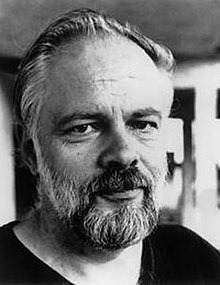 Philip K. Dick
In order to further preserve the false consciousness, we learn that psychotherapy has been proscribed. The objectives of this appear to be twofold: firstly, so the cartels can sell drugs in place of counselling; secondly, bearing in mind the government is attempting to distort its subjects’ collective sense of reality, naturally it would be unwise at the same time to leave any treatment available for it. For much of the narrative, the government’s methods appear prudent, for no-one seems to realise that despite being in office for nearly seventy three years, Nicole has the appearance of a woman in her twenties, such is the state of the international psychosis.

It is only when the characters finally come to meet Nicole in person that the difference between the real and the hyperreal is demonstrated. The character Nat Flieger describes her as “very small” compared with the larger-than-life image he is accustomed to seeing on TV. When Al Miller encounters her, he actually has trouble reconciling the two images, and finds his sense of reality distorted: “You know what it did to me, seeing her actually? It made me discontented…I never really accepted myself and my life again”. For him, the hyperreal has taken precedence and destroyed his conception of the true Nicole. Al thus comes to prefer true reality, no matter how stark, to false hyperreality, no matter how alluring – “prefer[ring] a handful of ‘certainty’ to a whole cartload of beautiful possibilities”, to quote Nietzsche. In contrast, Ian Duncan prefers the hyperreal to the real, asking - “Can’t we go back to just seeing her on the TV screen? That’s good enough for me. I want that, the image”. In this sense, he is rather like the character Cypher in The Matrix, who, despite knowing the falsity of the simulation, demands to be plugged back into it.

We learn that reality is further distorted on a temporal level by Von Lessinger’s time-travel equipment, as we see members of the government’s inner circle altering the course of history to suit their present-day aims. Reality is thus indeterminate in the ultimate sense, time being neither immutable nor stable.


Also by James Goodall...
A Greater Obedience To Authority: From Richard Condon To Stanley Milgram'Numbers Rule The Universe': Q By Christina DalcherAn Interview With Heather Child: Author Of Everything About You And The Undoing Of Arlo Knott'No Regrets': The Undoing of Arlo Knott by Heather ChildDeja View (Part Two): Conflicting Realities In Heather Child’s Everything About You
Dick’s is a world saturated with all manner of simulacra. For example, his “famnexdo”, or artificial families, for those wishing to migrate to Mars and take congenial neighbours along with them. Aspiring migrants can thereby create their own bespoke hyperreal arrangements upon reaching the alien terrain: “A man, when he emigrated, could buy the simulated presence of life, the sound and motion of human activity – or at least its mechanical near-substitute – to bolster his morale in the new environment of unfamiliar stimuli”. A space-age re-imagining of The Stepford Wives, in other words!

Other simulacra exist in the form of “Nitz commercials”, or robotic flies, which bore into people’s private spaces and bombard them with advertisements. Mainly they pedal the impossible dream of a new life on Mars – a common theme in Dick’s work, posed to a degree as the American dream repackaged. None of Dick’s aspiring protagonists manage to achieve this dream, however, despite it being pushed as a legitimate prospect. It remains yet another conflicting reality, experienced vicariously through the televised lifestyles of more fortunate souls. An incarnation of Dick’s insectoid Nitz commercials is employed to tantamount effect in Jeff Noon’s Nymphomation (1997), in which we see similarly pestilential “burbflies” advertise the equally unlikely prospect of winning Noon’s AnnoDomino lottery. It makes for an interesting companion piece with Dick’s earlier work.

New forms of alternate reality appear to be creeping into our daily lives with remarkable slickness. The advent of “reality TV” for instance, which ironically couldn’t be more unlike reality if it tried! Here we view re-enacted episodes in the lives of celebrities, who are themselves in a sense simulacral, their fame having no origin. Perhaps we should just accept this as a new norm, for as Nietzsche said, “Why might not the world which concerns us – be a fiction?”. Another innovation is “augmented reality”, where the commonplace is enhanced by computer graphics. Mobile games such as Pokémon GO, for example, where you can perceive an everyday street through an iPhone lens and a glimpse a cartoon pikachu waving back at you. At times you may feel as if you’re appearing in your own personalised version of Who Framed Roger Rabbit?, provided you don’t get too distracted and bash into a lamp post first!


The Simulacra was first published by Ace Books