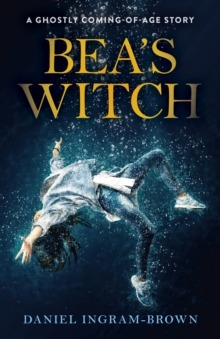 I have said before that a good book is a good book whether it is written for children or adults and this latest novel, by Daniel Ingram-Brown, and described as young adult fiction, is a good book!

Beatrice Crosse is in yet another foster home, a situation she knows only too well. She was ‘removed’ from her mother when she was three and has spent the intervening years cared for in more than one ‘home’. This time it is Denise who is doing her best to reach out to a somewhat unreceptive child who harbours resentment for the adults trying to control her life. She finds it difficult to bond with people, always wondering when they will find an excuse to leave her. She’s in a tough place.

Beatrice is also at a new school in her new town, a situation which brings its own difficulties. She feels alone, having left her past behind her. She hasn’t yet learned that ‘embracing the future doesn’t mean losing the past’. Being the new girl and making new friends is hard, especially when faced with antagonism in the shape of Charlie and her ‘Angelettes’. There’s always got to be one bully who wants to rear her ugly head too often. The name given to her groupies lacks originality but it amused me that Bea didn’t understand the allusion. Thankfully, though, there is some hope, for Bea - in the form of Aisha.

Storm Callum is about to break over Britain. Forecasters have issued warnings: floods, gales, the lot, and there is certainly a storm brewing in Bea’s tortured mind. It’s a strange mind which seems to be in touch with some strange people; arcane events seem to happen all around her – odd because they are not necessarily witnessed by those who are with her. 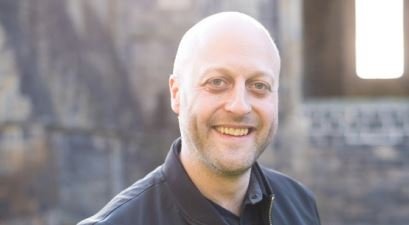 Daniel Ingram-Brown
Bea feels ‘broken…fractured’, her life ‘scattered across different times and places’. Ingram-Brown doesn't sugar coat the issues she experiences and the way that she sees the world. He uses his own experience as an adoptive dad to write with sensitive understanding. On her twelfth birthday, pushed just too far and oblivious to the storm, Bea runs away. She wants space, to be on her own and to burn her past, literally – what little she has left to burn – and she returns to the scene of the opening chapter of the book, Mother Shipton’s Cave.

It’s at this point that the novel blends into ‘some sort of dream or episode, [perhaps] brought on by the trauma of those last few weeks’ when Ingram-Brown merges the present with the past and, in particular, gives life to the legend that is Mother Shipton, she of the petrifying well in Knaresborough. Past meets present as Mother Shipton and Bea come face to face. Creating a magical encounter can be a defence mechanism for a troubled child and it is not clear how much of this is the product of a vivid imagination – although at the end, she does still have the vial given to her by the old woman. Real or imagined, meeting Mother Shipton helps Bea to change her perspective on life and to find some peace of mind.

The author brings the mystery and sense of foreboding to the page with some highly atmospheric gothic description of the riverside cave and the woods surrounding it. The wind and woodland creatures can create a strangely frightening and eerie atmosphere which puts the reader on edge as much as it does Bea. The appearance of three of Cardinal Wolsey’s noble henchmen, tasked with bringing an end to the hag who is trying to undermine that most important of men, is sinister, and the conflagration Bea witnesses is never in doubt. Nor is the efficacy of the potion Ma Shipton gives Bea: ‘the potion of life is strangely empowering’.


Also by Artis-Ann ...
Ordinary Evil: A Spoonful Of Murder By J. M. HallSenoy, Sansenoy And Semangelof: When I Close My Eyes By Jemma WaynePerhaps, Perhaps, Perhaps: The Christie Affair By Nina De GramontKeep Digging: The Night She Disappeared by Lisa JewellScarred, Possibly Scared: Prague Spring By Simon Mawer
This bildungsroman of a journey captures the vulnerability of a child in care and considers the emotional effect of adoption and bullying. It also blends a contemporary character with an historical tale, adding a splash of fantasy and a sprinkle of magic. The reader is privy to Bea’s thoughts as we share her stream of consciousness in the conversations she has with her trusty turtle, and with the characters who enter her life, real or otherwise.

There are plenty of lessons to be learned from this novel. The gold coin, so precious to Bea, looks remarkably like £1 and is only valuable because of ‘the trust people put in it’. ‘Stories are magic…And magic is power’, and perhaps the one which applies to us all is the most poignant - ‘we’re all finding our way’.