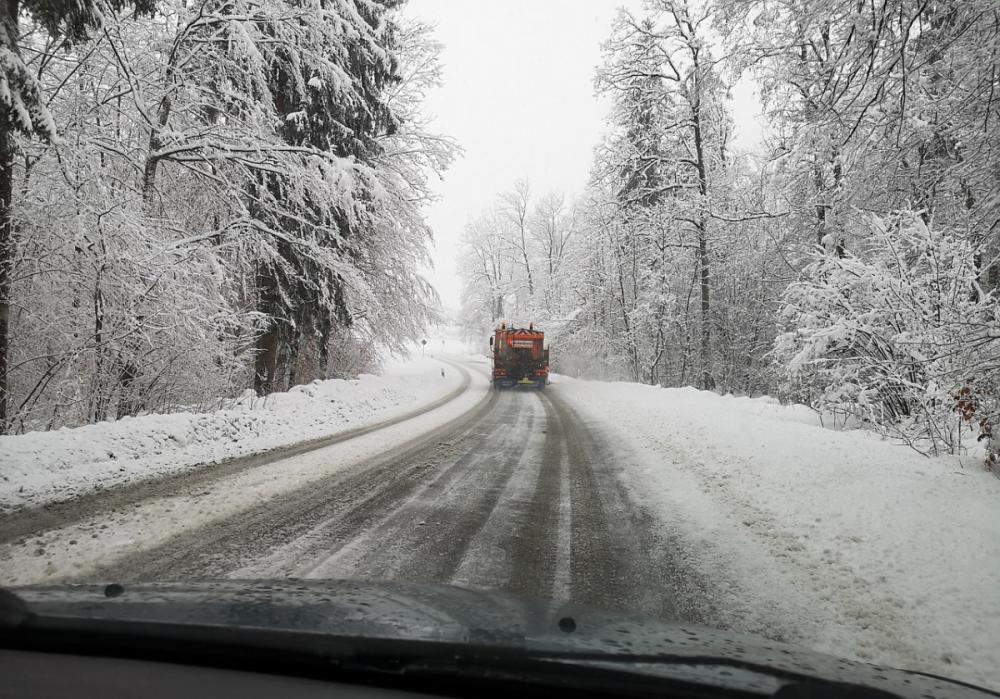 Drivers are being urged to be prepared before setting out on journeys tomorrow morning (06/01/22) after National Highways issued a severe weather alert for the north of England and the West Midlands.

A band of rain and strong winds will move east on Thursday morning falling into very cold air which will bring a risk of snow. National Highways gritting teams will be working around the clock to treat roads and keep them free from disruption.

An amber National Highways warning for snow will be in place across these areas between 10am on 6 January and 6pm on 7 January.

National Highways routes above 200m are most likely to be affected. This will include routes such as M62 over the Pennines, M6 at Shap, A628 Woodhead Pass and A66 trans-Pennine route.

“Gritters are out treating our routes around the clock but it is still important to drive to the conditions when snow is forecast.
Combined with the risk of snow, winds will increase through the late morning seeing gusts of 45-50mph from a southerly direction on any particularly exposed routes, causing drifting snow and temporary blizzard conditions which will make for difficult driving.

On Thursday evening snow showers are forecast to spread eastwards affecting northern Staffordshire and Derbyshire on Friday morning. Difficult driving conditions are also expected around busy routes into Leeds and Manchester during the morning commute.


National Highways Head of Road Safety, Jeremy Phillips, said:
“Gritters are out treating our routes around the clock but it is still important to drive to the conditions when snow is forecast.

“If you need to travel in the morning, make sure you keep your distance and reduce your speed because, even in conditions that seem normal and the snow is not settling, it can be slippery if ice patches have formed, or where fresh salt has not been worked into the carriageway.

“Drivers should plan their journeys, monitor weather reports and pack a snow kit of blankets, food, water and a shovel if they really need to travel.”

National Highways is strongly advising that travel in these areas is likely to be extended or even disrupted. Road users should pay attention to messages on the overhead electronic signs and listen for radio updates. Drivers are also advised to take extra care and avoid, if possible, these areas during the severe weather alert.

Further information can be found by visiting www.trafficengland.com, following @highwaysnwest @highwaysneast @highwaysyorks or @highwaysmids on Twitter or calling the National Highways Information Line on 0300 123 5000. The latest weather forecast can be seen online at www.metoffice.gov.uk