A chance meeting and a mutual love of Educating Rita was the spark for the major new production of the acclaimed Willy Russell play. 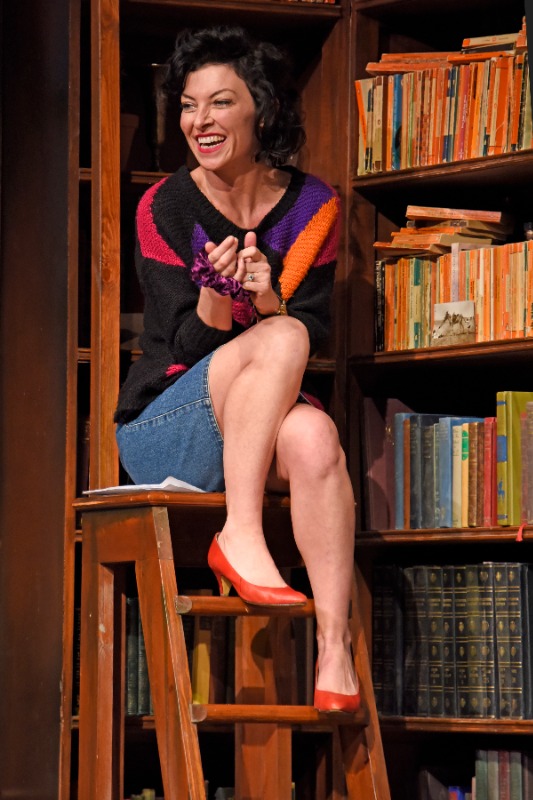 Jessica Johnson will play Susan 'Rita' White, the Liverpudlian hairdresser aiming for a better life at the Open University, opposite Stephen Tompkinson as her frustrated professor Frank Bryant. And it all came about after a serendipitous meeting between the two leads when both were performing at Live Theatre in Newcastle.

Jessica said: "We crossed paths and got chatting, and I just said to Stephen I thought he would make an amazing Frank.I had just done a short run of Educating Rita in Durham at the Gala Theatre, and was telling Stephen how I'd love to get a longer run at this incredible role." 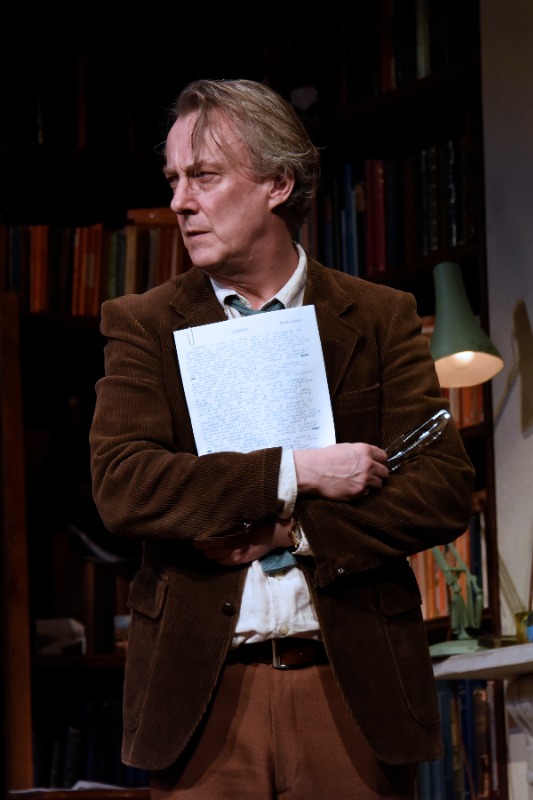 Stephen, 53, adds: "It transpired it's a play we’ve both loved for many, many years. So I went away and re-read the play, which I had been reading since I was 15. In fact a school friend and I used to rehearse it in my dad’s garage together, but of course I was way too young for the role back then. But re-reading the play I realised I’m now the right age to play Frank which was a little bit scary to begin with.”

It led Stephen, who had been performing in the acclaimed production of Yasmina Reza’s Art on a national tour for the past year, to broach the idea of doing something with Educating Rita in future with Art’s producer, David Pugh. David loved the idea - and brought together Jessica and Stephen for a performance of the play in a hotel room in Bath in front of playwright Willy Russell’s daughter Rachel.

“We had a rather nervous performance of the play in a hotel room, to see if there were any legs in it and fortunately we passed with flying colours,” says Stephen.

“We can’t believe how fortunate we’ve been that Willy still has such interest in a play that he wrote 40 years ago, and in this production. To have Willy there at every stage of rehearsal, that’s truly inspirational and what will hopefully make this production stand apart. It’s his play, so we couldn’t look for more inspiration than that.” 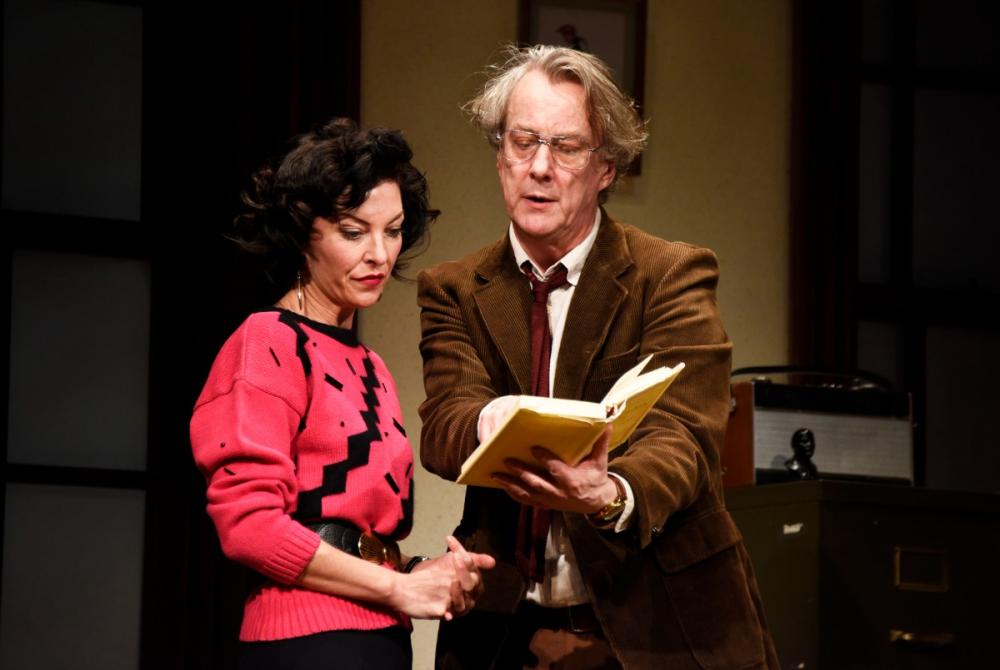 For Jessica, the character of Rita has particular resonance - as, like Rita, she also returned to university education as a mature student. Jessica, 38, explains: “I was 23, 24 when I went to university. For me, life kept getting in the way of university. Some people are ready for studying at different times. Education was not for me at 14, 15, but when I got to 23 I was ready for it.”
She also hailed the play a personal inspiration for her, saying: “From a very young age when I read Educating Rita, it gave me permission to aspire, to have the option of a different way of life.”

The new production will be set in the play’s original time of 1980, all within the confines of Frank’s study. And while Jessica is from Sunderland, she is taking on the Liverpudlian accent of Rita for the show. “I’m fine with the Liverpool accent, I don’t have a massive backlog of accents, but Liverpool I can do! It’s not dissimilar from my own accent, being from Sunderland, so it’s a similar heritage with Irish immigration and the docks. The rhythm and the delivery is the same.” 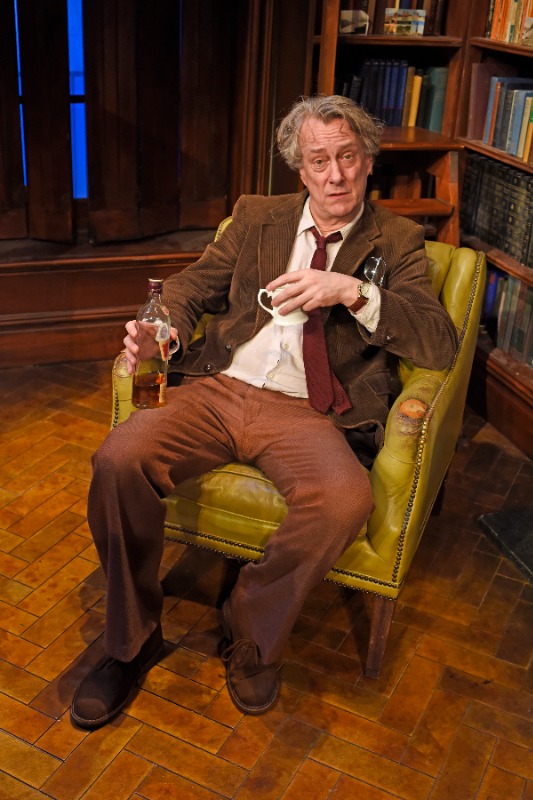 Meanwhile Stephen, who is known for his time in long-running TV dramas including Ballykissangel, Wild at Heart and DCI Banks, is relishing getting inside the head of Frank.

“There’s nothing of him in there, there’s no passion. So to meet this woman with so much passion, he almost wants to run away. She offers him a little bit of a lifeline, and he’s doing the same for her. There is definitely an attraction for him. It’s a brilliantly written play, and a universal story of two lost souls, mismatched people in terms of character and background who meet at the right time to help each other in life.”

Jessica adds: “It’s definitely a love story, they definitely care for each other, she loves him for giving her the opportunities.” 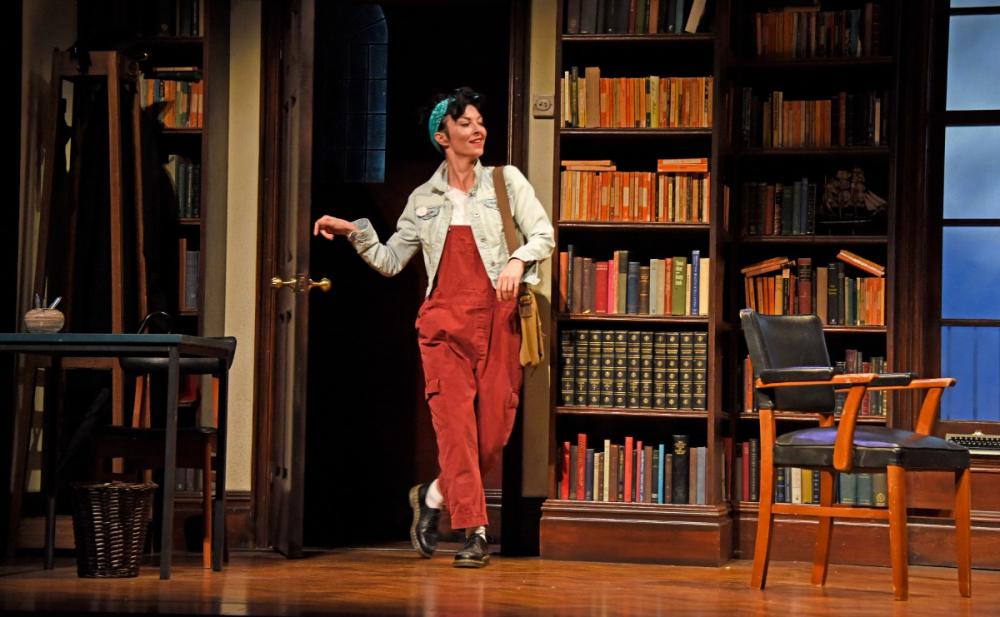 And how is Stephen preparing for some of the famous scenes in the play, including Frank’s drunken descent? “I’m doing it by not drinking in real life. So it will definitely all be acting. He does drink a lot, and he’s been told to hide the obvious signs - he hides the bottles everywhere. He’s in a bit of decline. It’s mapping the descent. It’s something I’m looking forward to, it will be a challenge.”

He also believes audiences are in for a treat with the casting of Jessica as Rita - much as Julie Walters was when she made her movie debut in Educating Rita in 1983. “Julie Walters wasn’t known to the majority of the audience then, and it was that surprise value that made it work, and I think Jess does that as well.

“As soon as I saw Jess on stage I knew there was a uniqueness she had, and I think it will be a beautiful surprise for the audience when Rita breezes into everybody’s life.”