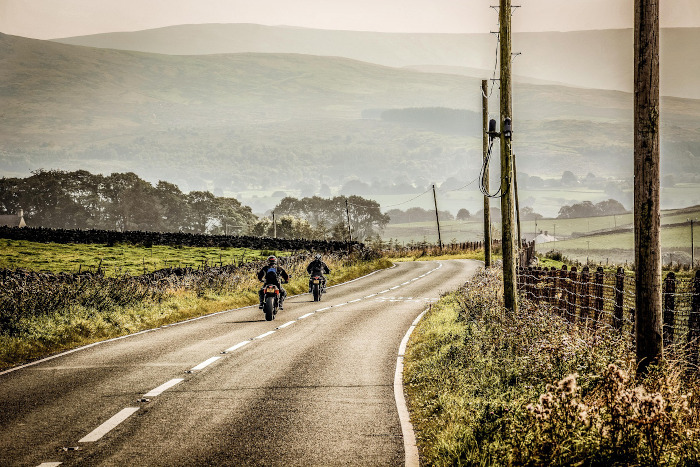 Beloved beauty spots including the Lake District, Devon and Cornwall have the worst roads in England for motorbike riders, according to new research by GoCompare Motorbike Insurance.

The insurance comparison site found that Devon and Cornwall were the first and joint-third-worst areas for road surface condition, according to recent government data. A huge 15% of Devon’s B and C road network was highlighted as being in a ‘red’ condition, meaning it potentially needs immediate repair work.

Meanwhile, Cumbria, which is home to the Lake District and endless scenic surroundings for motorbike riders, was identified as the second-worst place in England for its road surfaces. 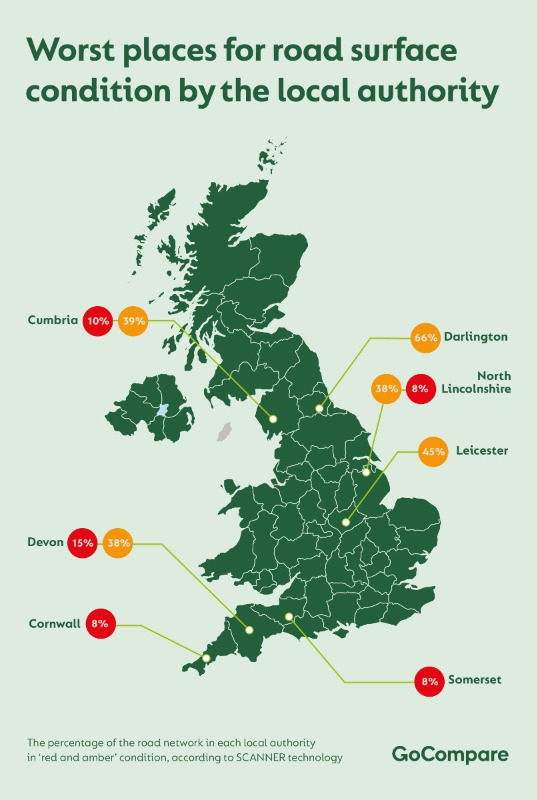 Although road surface issues such as ruts, bumps and cracks can be a cause for concern for car drivers, motorbike riders are much more vulnerable to such defects. In 2020, 285 motorcyclists were killed on the roads in Great Britain, and a further 4,429 were seriously injured.

Colin Brown, a spokesperson from Motorcycle Action Group, explains: “A motorcycle is extremely sensitive to changes in grip level and loss of grip having only two small contact patches with the road as opposed to the four larger contact patches that cars have.

“Observation skills are paramount to avoid these issues, but focusing on the road surface can equally distract riders from other hazards… So, whilst a poor road surface may not directly cause a collision it can be an indirect cause.”

The report comes after the RAC recently revealed that the condition of Britain’s local road network is deteriorating due to ‘inadequate maintenance investment’. In 2020, a ‘poor or defective road surface’ was listed as a factor in 424 reported accidents on Great British roads - eight of which were fatal.


Ryan Fulthorpe, a motorbike insurance expert at GoCompare, said:
“Road surface issues can be a major problem for all road users, but motorbike riders are especially vulnerable. However, if you’re in an accident caused by the road surface, claiming on your insurance isn’t necessarily the best way to go, as this can negatively impact your premium in the long run.

“Instead, we suggest you try to claim compensation from the relevant authority, such as the council. Note the exact location of the road where the incident happened, and if it’s safe to do so, take some pictures of the road and of any damage caused to your motorbike, as these will help your claim.

“These issues are usually caused by a lack of road maintenance, but the best way to avoid them is to be road aware. Keep an eye out for any faults in the road and aim to safely ride around them, so you don’t find yourself out of pocket.”

In contrast, the best-maintained B and C roads are predominantly found in the North of England. A full 89% of the road network in the Wirral (North West England) and Leeds (Yorkshire) were found to be in a good condition and did not require any work.

Middlesbrough (North East England) also ranked highly, with just 14% of its roads falling below good condition. Meanwhile, Kingston upon Hull and Newcastle upon Tyne also provide some of the safest routes for motorbike riders.

More information about the research, as well as advice on how to claim compensation, can be found on GoCompare’s website. https://www.gocompare.com/motorbike-insurance/englands-most-dangerous-roads/