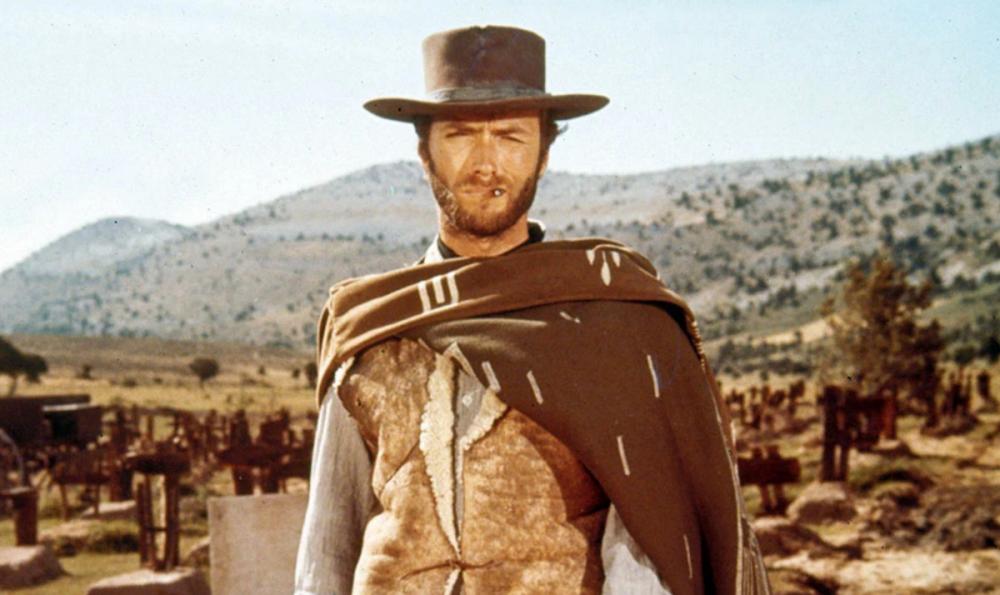 Clint Eastwood in The Good, The Bad and The Ugly
Not pleasant to wake up on a Monday morning and hear the news on the radio that yet another paladin of music is no longer with us.

I have been a Morricone fan for fifty years, ever since a mate explained the plot of Sergio Leone’s revisionist western A Fistful of Dollars, inducing me to go to the local flea-pit that night, Much as I enjoyed it, it was the music that knocked me sideways. I even went to a record shop (remember those?) next day and shelled out a large proportion of my grant for the soundtrack album (now sadly disposed of at a car boot sale).

Morricone has, reputedly, composed over five hundred scores for a variety of directors on both film, television and advertising. Eight of the films were for Leone, but this is well below the output for directors such as Mauro Bolognini (15) or Alberto Negrini (13).

He wrote far too many scores to even hint at the range of his output, but following the Dollar Trilogy my next major encounter with his work was Gillo Pontecorvo’s Battle of Algiers. And if you think I am only selecting violent movies (and Battle of Algiers is) he has also lulled audiences with his gentle, nostalgic work on the magnificent Cinema Paradiso.

Of course, it is always the film that you go to see, lured by a review or an evocative title, but it is gratifying to read ‘Score: Ennio Morricone’ as the opening titles roll.

Ennio Morricone
Morricone was nominated for seven Academy Awards winning two of them including one for Quentin Tarantino’s The Hateful Eight. The other was a life-time achievement award.

Few, if any, directors he worked with have integrated music so closely with narrative as Sergio Leone.


Also by Mike Tilling...
Turandot – Giacomo Puccini: A Cartoon For ChildrenDie Fledermaus (The Bat) – Johann Strauss IIU Carmen e-KhayalitshaFilmed Opera: Carmen – Georges Bizet & Francesco RossiFilmed Opera: Cavalleria Rusticana – Pietro Mascagni
Leone was so dedicated to music as an integral part of his films that he often had his old school friend, Morricone, compose the score at the same time as the script writing – a rare technical innovation - and often had it played on set in the course of the action. The effect on the actors is clearly visible, especially with Leone’s characteristic extreme close-ups.

Any of the Dollar westerns may be sampled to taste the richness of a Morricone recipe. However, perhaps the most significant of his many achievements was the music written for The Good, The Bad and The Ugly (Il Buono, Il Brutto, Il Cattivo). It has instant audience appeal, is sampled frequently for adverts and is often quoted by other composers.

If we take just one scene of The Good, The Bad and the Ugly – the final shoot out – we can see how the music comes together with the action to make a stunning slice of cinema:

As the narrative draws to a close, the search for the bags of gold has brought the three protagonists to the centre of a graveyard. Morricone’s music builds the tension with electric guitar, strings, percussion and then the great genius of trumpet player Michele Lacerenza comes in to point the climax before the chimes of a music box heralds the single shot that settles the duel.

The Dollars Trilogy, and so many others, with Morricone’ music integrated so closely, stand the test of time.