Enormous Radio: An Echo In Her Skin By Jarr 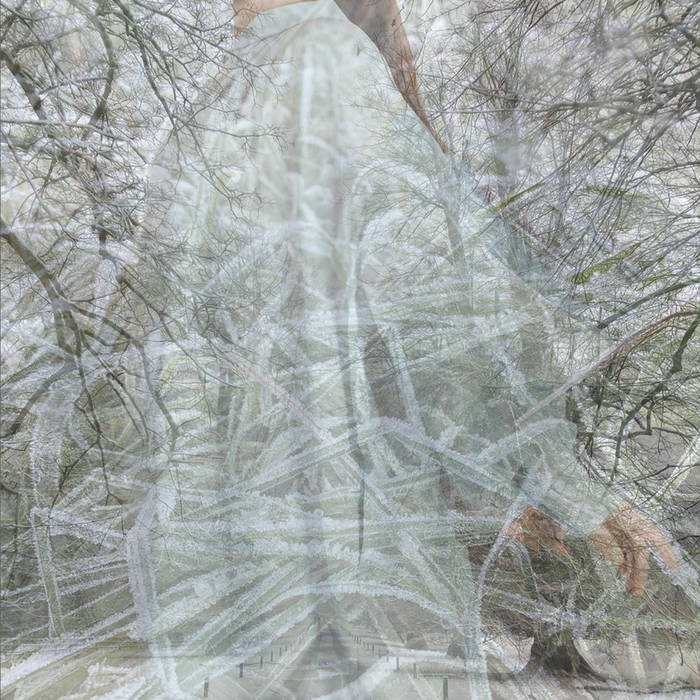 The expression ‘Ambient’, as it describes a specific genre of modern music, is hopelessly inadequate to the task of definition, for it is not possible to set linguistic limits on a form that encompasses all others. The beauty of Ambient lies in the filtering of many strands of light through one spectrum – constellations of colour and tincture commuting suggestion into aural recognition by means of contemplation. Here, the turning of water into wine is synaesthetic: we make mental inferences from the flashing chromatic display of sound, and its relentless emotional assault.

And it doesn’t matter that the multi-layered received effect is frequently derivative – Ambient relies, for its success, on many architectures of influence, collaborations of which may produce moments of epiphany that leave questions of originality and provenance floundering in their wake. That some of the near votive piano excursions of Nils Frahm are deliciously infused with flavours of Harold Budd and Brian Eno, or that in many of his relentlessly hypnotic keyboard offerings we hear the Minimalism of Steve Reich and Terry Riley, somehow misses the point; though we continue to hear echoes of the complexity of Tangerine Dream and the resounding bass beats of Kraftwerk on the margins of British electronica, the effect might be construed as both a tribute, and a progression. 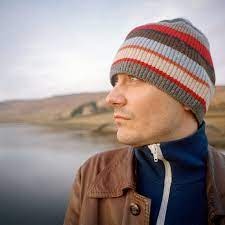 Ray Robinson
I like to think, no doubt wrongly, that I hear the freeform, guitar-based explorations of Bill Nelson (formerly of Be Bop Deluxe) in JARR’s withering debut album, An Echo in Her Skin. The clarity of John Atwood’s guitar lines, expertly foregrounded against the backdrop of Ray Robinson’s glissando keyboard arrangements, yield a corrective clarity, anchoring, like Nelson, the blandishments of cerebral abandonment in a sense of shearing metallic purpose. Even in isolation, Atwood’s playing would be a thing of transcendence, and here it features on every track, from the searing blending of chords into a kind of infinity in the title track, to the spectrally-rendered, morse-like repetitions of ‘Lighthead’, to the astonishing evocation of space and distance in the lingering tempo of ‘Soft Boiled’.

It might be that Ray Robinson’s other career – as an award-winning novelist – informs a predilection for storytelling in the limitless sphere of digital music creation. At home with foreboding and the arcana of what is necessarily delimited by the term ‘atmosphere’, Robinson’s ability to nail mood in swathing, reverberant tones is, in places, sublime. Whilst the pristine ‘Auto Waits’ is an intermingling of processed and organic guitar sounds in a gothic hall of the imagination that lets on to a final echoing diminuendo, the languid rhythms of ‘Lonely Men’ - with studied pauses for breath and reflection - yield no less than the sense of a journey without a finite point of arrival.


Also by Steve Whitaker...
Poem Of The Week: 'In Memory Of Jane Fraser' By Geoffrey Hill (1932-2016)Poem Of The Week: 'Edwardiana' By Geraldine ClarksonPoem Of The Week: 'Italy Vs. England' By George Gordon, Lord Byron (1788-1824)Flags And Flowers: These Mothers Of Gods By Rachel BowerCustody Of The Eyes: Like A Tree Cut Back By Michael McCarthy
Indeed, there is no expectation, as we get lost in a forward-moving, all-consuming aether, that we will emerge. The stupendous power and irresistible momentum of crashing guitar, feedback and combined digital effect in ‘Enormous Radio’ are a fitting coda to a profoundly affecting sonic experience. An Echo in Her Skin, whose title rounds on the visceral, inexplicable nature of our connection with music, might be an incantation for a new church.