No Crying For Evita At York Theatre Royal


York Light Opera's Evita All Photos by Tom Arber
For those of you who are unfamiliar with Tim Rice and Andrew Lloyd Webber’s iconic musical, ‘Evita’ tells the story of the life of Eva Peron, the first lady of Argentina in the late 1940s. This version of Evita was performed by the York Light Opera Company and we were lucky enough to get seats on their opening night at the York Theatre Royal.


Dale Vaughan and ensemble
Evita is an entirely sung musical and therefore the principal parts were doubled up to ensure sufficient rest time for these amateur performers. In his first production with York Light, Dale Vaughan in the role as Che was very impressive. He had the audience captivated right from the start and linked the whole show together until the very end.


John Hall and Alexa Chaplin
He sang and acted effortlessly; we particularly enjoyed his renditions of Oh What a Circus and High Flying, Adored. The role of Eva was played by York Light regular, Alexa Chaplin. I don’t think there was anyone in the audience who didn’t feel for her as opening night teething problems struck her microphone for the first part of the show. She soldiered on and we were all relieved when the issue was sorted and her beautiful voice could be heard throughout the theatre.

Her alluring performance of the most well-known song Don’t Cry for Me Argentina was highly emotional. Two more strong performances came from John Hall as Peron and David Copley-Martin as Magaldi, both commanded the stage and sang with great confidence.


Fiona Phillips
For me, the magical moment of the night was the stunning solo of Another Suitcase in Another Hall by Fiona Phillips (the Mistress). You could hear a pin drop in the audience as she sang; simply exquisite.

The ensemble members sang and danced their way through the show, looking like they were having a great time. The choreography was good; there was always something to look at and there was a delicate balance between the quieter and more lively scenes. 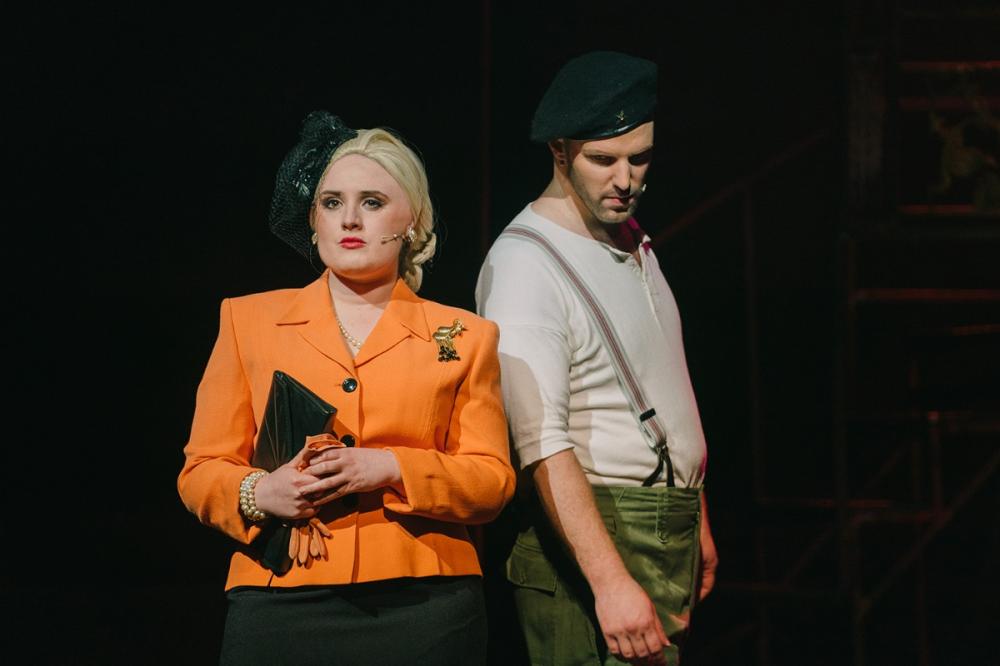 Emma-Louise Dickinson and Jonny Holbek
The set was simple but effective and the movement between the scenes was quiet and subtle. The use of the balcony gave the stage a real 3D feel and was particularly effective in the crowd scenes. The costumes really enhanced the show with Eva’s stunning dress and jewellery for Don’t Cry For Me Argentina stealing the show!

This was a very impressive amateur performance of Evita- it is running until Saturday 19th February so do see it if you can!