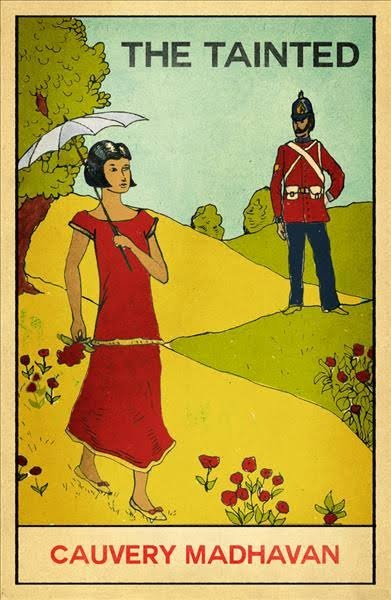 Rousing myself from slumber, I often attempt to connect the diaphanous, multifarious strands of a recent dream, its plot and events an indistinct byzantine blurring of impressionistic feelings and thoughts. Certain details emerge from the cognitive fog, others remain subsumed beneath dense banks of cumulonimbus-like ignorance, assumption and self-edited omission. I think I remember the dream, my understandings tenuous but acceptable, then move groggily into the full consciousness of my day.

My cognisance of the historical details pertaining to the British Empire, colonialism and its legacy, or the mysterious East and India in particular, is no more sharply focussed or distinct than a barely recalled dream. Similarly, what I think I know sits above a largely unexplored substructure of ignorance and erroneous understandings. A romanticised if instinctively uncomfortable notion of the Raj lambently overlays this melee of muddled truths. Insouciance, like vinegar in a pickling jar, preserves cherry-picked facts and falsehoods alike, leaving something resembling the truth, but somehow artificial by comparison.

My particular pickling jar was filled many moons ago by the musings of Niall Ferguson in his once much celebrated Empire, How Britain Made the Modern World. Worse yet, I grew up on a diet of the novels of Paul Scott, even enjoying the 1984 TV series, The Jewel in The Crown. E. M. Forster’s A Passage to India explored the exotic mysticism of India clashing with ethnocentric predispositions and delusions. Forster’s kind heart, though humanistic, allowed his pen to be both detached and faintly indifferent to the unpalatable truths he drifted over. The Great Mutiny by Christopher Hibbert and White Mughals by William Dalrymple have topped up the contents of the jar. Arundhati Roy’s The God of Small Things was poured into the mix long ago; however hermetically sealed by neglect, the jar has been metaphorically consigned to the back of a seldom visited cupboard.

Of course, writers such as Sathnam Sanghera with his latest book, Empireland attempt to bring important understandings into the amnesia of the public zeitgeist, as does Nikesh Shukla in his recently published Brown Baby. However, for this particular reader only one book straddles fact and fiction in order to provide a fictionalised account of colonialised India and the reverberations of post-colonial history…The Tainted by Cauvery Madhavan. Quite simply it is the most engaging, enlightening and utterly compelling historical fiction novel I have ever read: as informative as it is emotive, as gripping as it is nuanced, thoughtful and paradigm altering.

The Tainted with its glorious cover designed by James Nunn, is Madhavan’s third novel and the fictionalised account of mutiny amongst the Irish ranks of the Connaught Rangers in India at the zenith of the British Raj in 1920. From this inconspicuous spark, Madhavan traces a conflagration of corollaries across seven decades as we witness events impacting upon three interdependent families and the societal souls of India and Ireland themselves. We are given an intimate portrait of India’s variegated autochthonous population juxtaposed against that of colonisers and the mixed-race limbo of both Anglo-Indians and the Anglo-Irish.

It is a scintillating picture of post-colonial India and a page-turning bittersweet romance. It is also a deft examination of identity, belonging and anthropological tragedy, all delivered with the limitless compassion of an author who artfully reconciles audacious creative objectives, with a talent as coruscating as it is astonishing.

Our plot is spooled across two coterminous parts. The first gives us an account of Nandagari in 1920, and specifically life at the barracks of the Kildare Rangers. We meet the pale skinned Anglo-Indian daughter of the Irish born ‘Bacon-Wallah’, her lover Michael Flaherty, a lowly private, the avuncular Regimental Chaplain Father Jerome and their venerated, aristocratic commander in chief, Colonel Richard Aylmer. Completing the introductions is a motley panoply of Indian servants, obeisance as conspicuous as the aromas of the viands they serve. A polo match, a tiger hunt conducted upon the mighty backs of subjugated elephants, a clandestine forbidden love affair and a firing squad take us from 1920 to the eve of Indian Independence in 1947.

Part 2 is set in 1982 and sees us return to the same location some forty years later, this time encountering post-colonial India through the eyes of Richard Aylmer, the grandson of the now disgraced Colonel. We meet Mohan Kumar, a senior member of the Indian Administration Service and Collector of Nandagiri as it faces a new colonial threat in the form of avaricious tea-planters and the fall-out of the Raj’s nefarious oppression of India itself. Ex-patriot rituals are witnessed as we visit the exclusive ‘Officers’ Club’, meet the extended family and friends of our protagonists and encounter May, the elfin Anglo-Indian heroine of Part 2’s exotically perfumed pages. 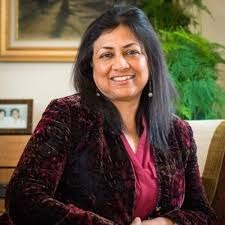 Cauvery Madhavan
Events which have occurred in Part 1, dramatically echo through the lives of those witnessed in Part 2, the strands of both event and outcome entwined as though in a pernicious cat’s cradle of cause and effect. By architecting this interconnected web of personal and cultural history, Madhavan immerses the reader not into the Heart of Darkness, but the very heart of India and those populating it. The novel’s denouement is the crowning jewel of a plot that in less dextrous hands would collapse in on itself like a precarious tower of playing cards. It is a triumph of creative engineering and only eclipsed by the meticulous research that has gone into forming its disparate yet conjoined bones.

Thematically, I suspect our author did not set out to form a didactic argument supporting a preconceived proposition, and the book is all the better for that in my view. Madhavan appears to have taken the unexamined events of a minor mutiny in 1920, rather than the outrages of The Amritsar Massacre, and sensitively attempted to understand its causes and effects. Her questions and findings have translated into the book’s thematic bedrock. History has been assiduously filtered through the twin prisms of her heart and her imagination to distil tender and tragic truths.

Identity and belonging thread the novel’s pages, stitching together a complex fabric of sub-related themes. Just as the Richard Aylmer of Part 2 is ‘still Anglo-Irish. Not Irish enough yet’, Anglo-Indians were ‘too brown’ in the colonial epoch and ‘too white’ in the post-colonial period that followed. May, like her ancestor Rose, is an Anglo-Indian and tells Richard, ‘They descended from mixed-race liaisons dating back to the days of the Raj…authorities believed that abstinence was dangerous, especially for soldiers and there are plenty of Anglo-Indian offspring who are the result of that belief’. Mixed blood renders such souls untouchable to all but those of their own ilk, their skin tone as divisive at religious bigotry at its worst, a thought voiced by Richard when he reflects upon Ireland’s own struggles…’Now as any Catholic will tell you, there is no absolution for being Protestant’.


Also by Paul Spalding-Mulcock...
It's All Greek To Me !Review: A River Called Time By Courttia NewlandAn Interview with Alice Ash - Author of Paradise Block‘ …Really Real Poor People, Surviving Alone Together’: Paradise Block By Alice AshInterview With Catherine Menon - Author Of Fragile Monsters
Patriarchal society and its implications for women, socio-political tumult, internecine antipathy, oppression and repression, cultural intolerance, religious divides and justice both served and abased, suffuse the book with their omnipresence. We explore class, the caste system, prejudice and the struggle for societal unity in both India and her sister colony, Ireland. Madhavan never pontificates, her voice is modulated through the lived lives of her characters and her themes seamlessly woven into both her diverting plot and our enraptured psyches.

Literary devices invisibly animate our wondrous tale. We have the first-person narration of our chief protagonists, reliable and unreliable, an intimate monologue in the form of a personal diary, the articulated inner musings of characters mid-dialogue and the playfully allusive use of the names of historically significant personages. ‘Mohan’ may well be a faint reference back to another senior civil servant of sorts though his namesake was a writer for the infamous East India Company. Colonel Richard Aylmer did indeed exist, though the real-life soldier was seconded to the Egyptian army whilst our antagonist is in command of the Nandagiri cantonment. The real-life Colonel’s son was called ‘Michael’, who rather resonantly is the lowly private who pushes the first domino in a story.

Character depiction is generously supported by close attention to the idiolect of each player in the drama. We vicariously experience the events of these characters because of their verisimilitude, their word-perfect rendition. Father Jerome, May and Mohan stand out for me, with Ishwar the head of house and chef extraordinaire being so convincingly drawn that I was afraid to close the book lest I squashed him!

The lexicon of the novel is perhaps a consequence of Madhavan’s own humility. Her prose is never benumbed by hyperbolic similes or molested by mangled metaphors. This is an author who does not attempt to vulcanise bland sentences with clumsily applied clippings from a thesaurus. The language of the Indian people percolates through the novel and it is its voice we hear, rather than that of an author seeking to bedazzle with artificed eloquence. Again, Madhavan uses her pen to tell a story, not garner the fulsome praise of a literary critique with a penchant for purple prose.

We have only to look at the novel’s title to appreciate Madhavan’s ability to squeeze every iota of meaning from ostensibly simple language. The Tainted…all those compromised by ‘tainted’ blood, history, minority beliefs, powerlessness and the callous or innocent mistakes of both themselves and far more tragically, of others.

Nikesh Shukla’s daughter tells him in his latest book, ‘I don’t want to be brown…I want to be like Mummy’. Rose would not even conceive of going to heaven without her umbrella in order to keep her pale face ‘from the sun’. May tells Richard that the post-colonial practice in India of tearing down the statues is both facile and fatuous, ‘as if it would change history or make a difference to who we are’. The Tainted is not just a wonderful piece of historical fiction, it is a book whose messages are profoundly relevant to our own epoch.

Dr Swamy says at one point in the novel, ‘We Indians have learnt many things we won’t forget’. Having read and thoroughly enjoyed The Tainted, so has this reader. For me, historical fiction does not get any finer than Madhavan’s novel and I recommend its tender brilliance to…all !

The Tainted is published by Hope Road