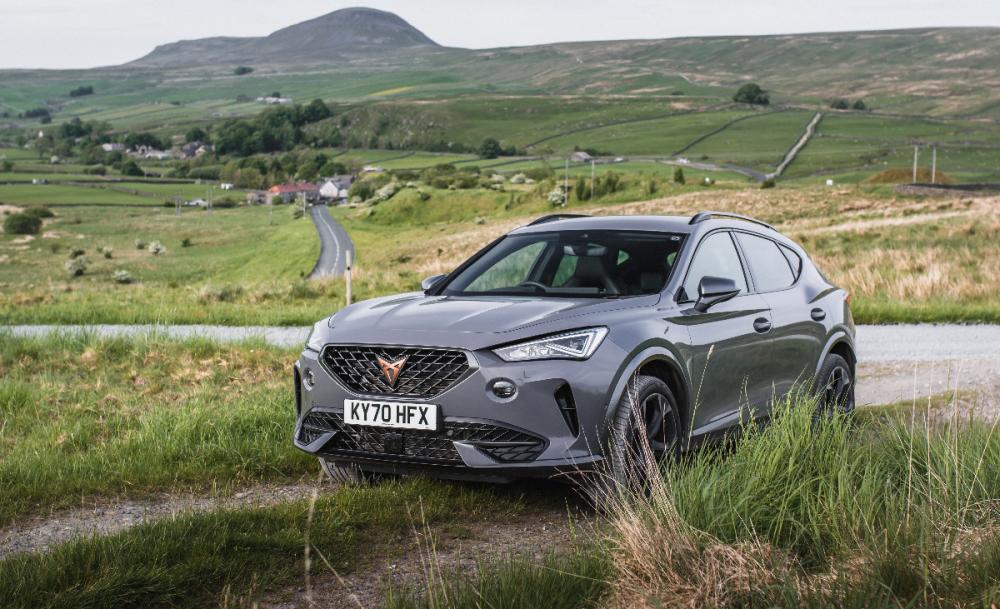 For those that don’t already know, Cupra is the high-performance arm of Spanish car manufacturer SEAT. It has produced hot variants of the Ibiza, Leon and latterly the Ateca.

In 2018, Cupra was spun off to become its own sub-brand, with all future models from the marque to wear Cupra’s arrow-shaped emblem.

The company’s first standalone model is the Formentor, and a prime example graced my driveway earlier this month. I must confess to being a tad excited, not only because it is always interesting to test a completely new car, but also because I had very much enjoyed with a Cupra Ateca SUV a couple of years back. The Ateca proved that fun behind the wheel and family practicality are not mutually exclusive. 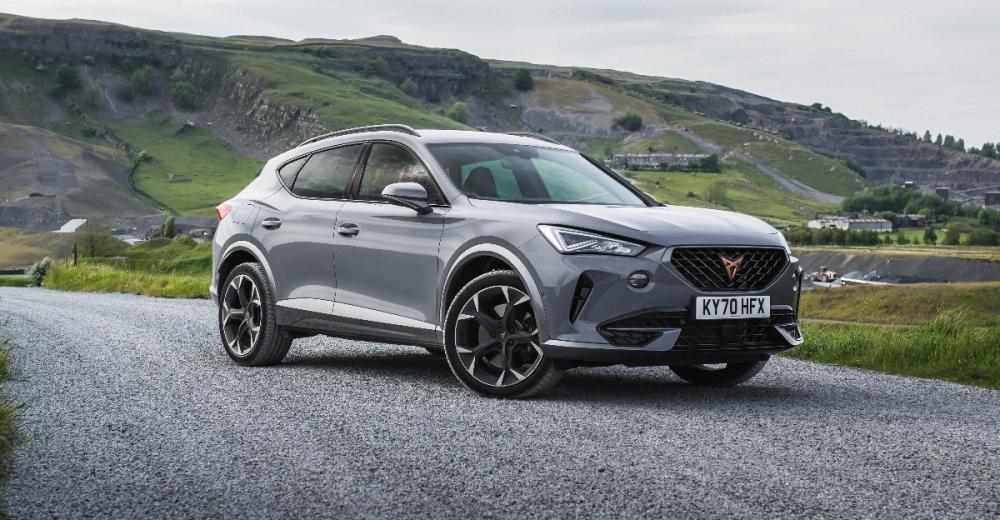 My test Formentor V2 was powered by a familiar 310PS 2.0-litre engine and mated to a seven-speed DSG gearbox.

You can also choose to power your Formentor with either a 190 or 245PS 2.0-litre engine. Company car users will naturally be drawn to the e-HYBRID model which can be driven up to 37 miles on electric power alone and most importantly has a low BIK of just 11%.

To that end, figures that will appeal to the petrolhead include, amongst others, the official claimed 0-62mph sprint time of just 4.9 seconds. And in the real world, it feels every bit as quick. 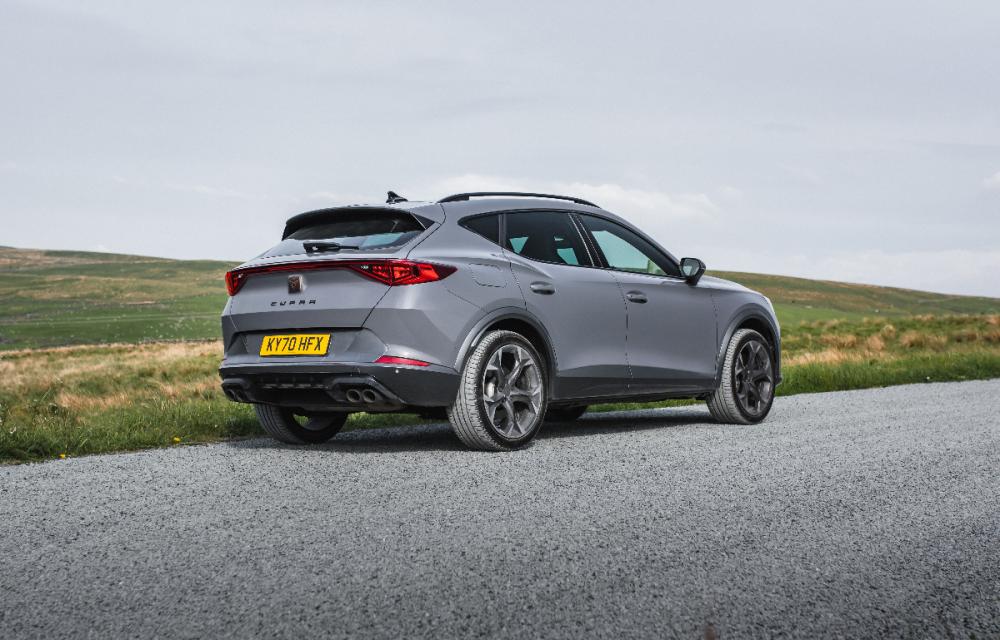 However, straight line speed is all very well, but it is no use if that power is unusable. I can happily report that the all-wheel system ensures excellent traction whatever the weather.

Also impressive is the multi adjustable drive programme. Accessed by pressing a small bronze button on the steering wheel, you can choose between Comfort, Sport, Individual and Cupra modes.

Sport mode works well on UK roads, even those in need of some general repair. Yes, there is an underlying firmness to the suspension, but nothing that is likely to disturb passenger comfort.

Cupra mode is best saved for the racetrack, the rock-hard suspension and heavy steering being not to my taste. 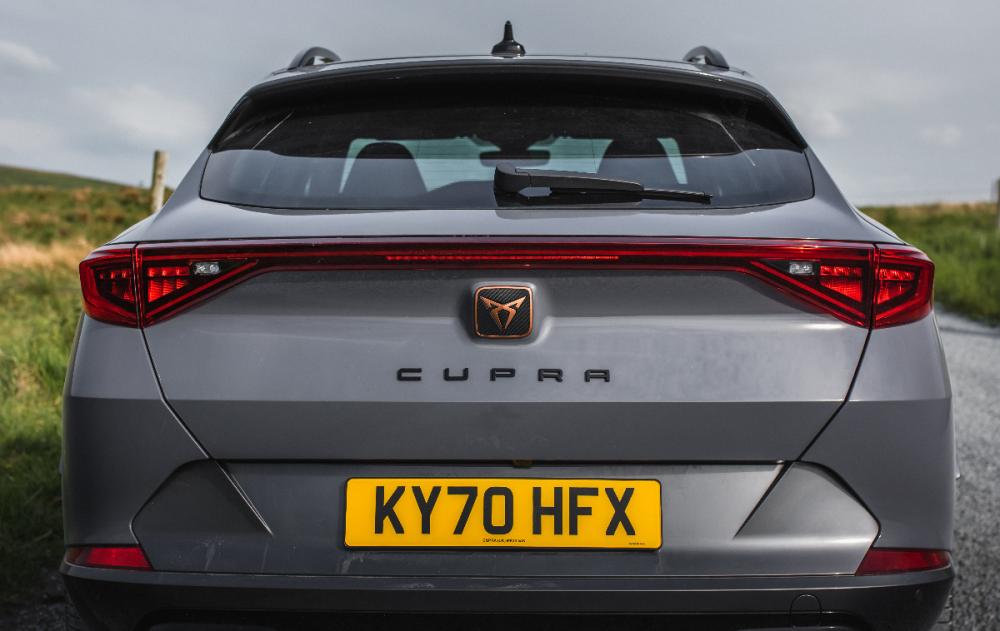 The Formentor was of course subjected to most of my favourite local test routes and on a late-night drive cross-country from Scotch Corner into the Dales, it most definitely came alive. Empty, yet familiar roads, Sport mode engaged, steering wheel paddles working overtime shifting briskly up and down the gearbox, I was in my element. I doubt many out and out sports cars would have engaged in the same way, and most would have struggled to keep up.

By way of comparison, I recently spent some time with a similarly powered Audi S3. The Formentor felt faster and far more engaging as a driver’s car. Undoubtedly the raised driving position helps on country roads with much improved visibility, but somehow Cupra’s engineers have managed to create a better driver’s car.

The Formentor attracted quite a lot of attention on my meanderings through the countryside, many I think a tad bewildered by the Cupra badge and not much else to identify the car.

There is ample space inside for five to travel in a good deal of comfort and the boot is big enough to accommodate most loads. The quality of the materials used is good and there are some nice touches such as the bronze stitching for the leather seats and the bronze lines adorning the dash. 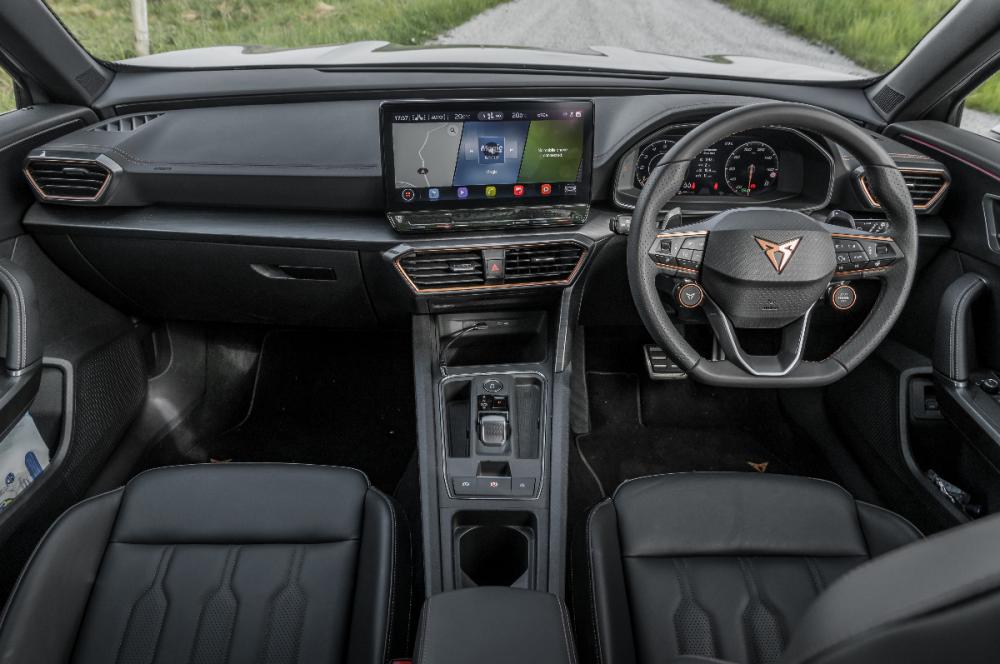 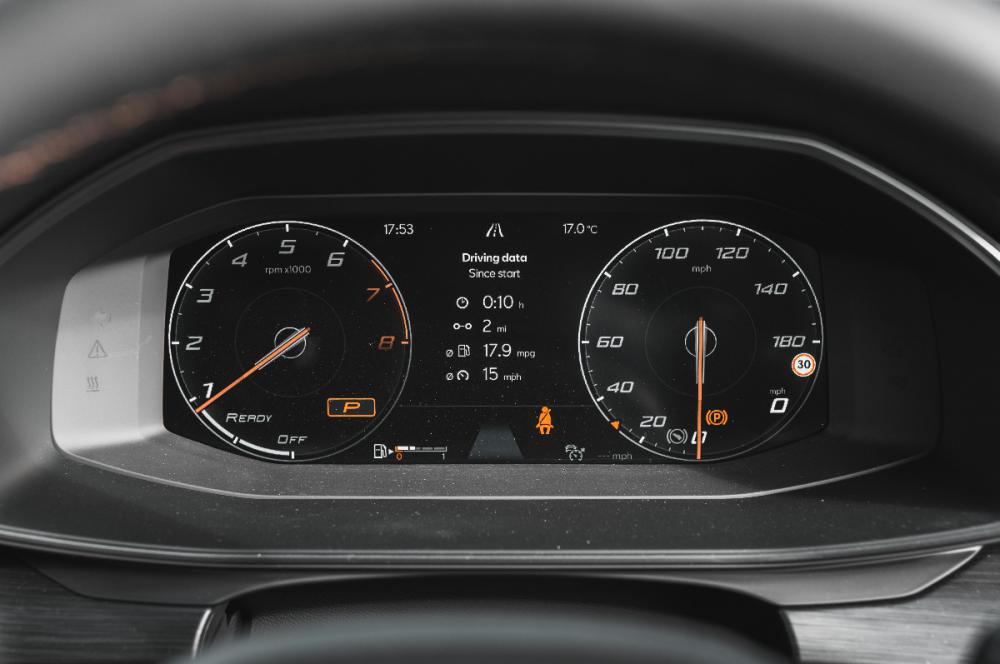 A large touchscreen dominates the dash and controls the usual infotainment systems. It is not always the most intuitive to use. Major gripe is the heating controls, which somehow seem split between the top row of the screen and small and red/blue buttons below. Some proper buttons or easy to use controls please…

As one might expect on a £40,000 car, equipment count is high. The only addition to the VZ2 test car was the rather smart Graphene Grey metallic paint, a snip at £880.

If I was choosing, I might opt for the VZ3. The extra £2,500 gets you lovely copper and black alloy wheels and Brembo brakes.

So, what are my final thoughts on Cupra’s first car? I say it’s a bloomin’ good effort and if this is a taste of things to come, then I am quietly excited.

Regular readers will know I am lucky enough to have a steady stream of press cars coming my way to assess. I always look forward to each one.

However, there are the select few that I hope the manufacturer concerned will quietly forget that I have it. And dear reader, the Cupra Formentor was one of those rare cars. 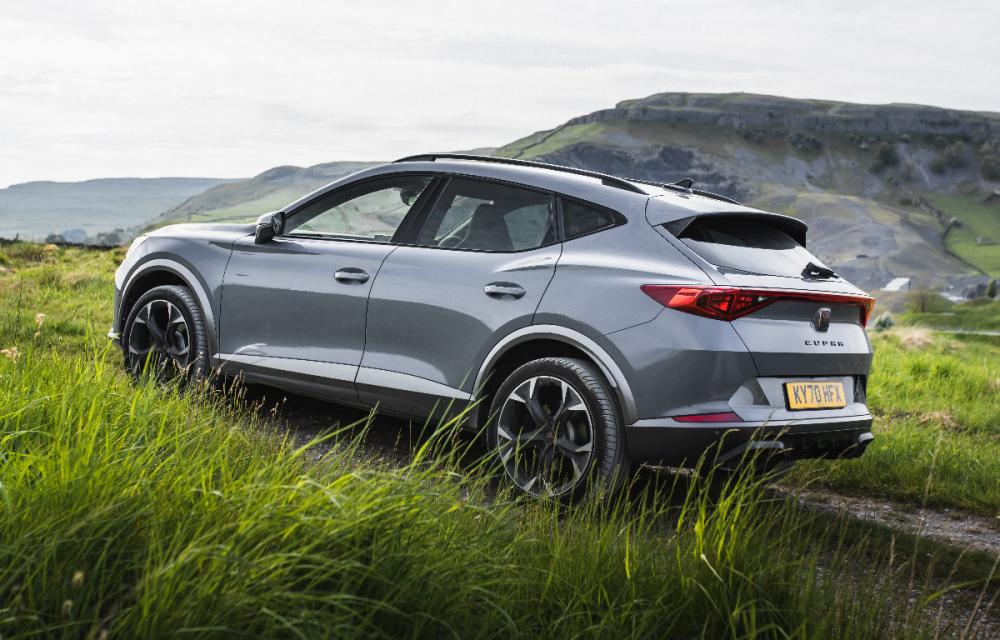 It does all the practical, family things you might reasonably ask of an SUV, yet is capable of offering genuine thrills behind the wheel. It is real world quick and engaging.

If you don’t believe me, pop down to your nearest friendly and try one for size. You will be mighty glad you did.

Pictures by Will Larmour of Route 65 Photography – www.route65photo.com