Going Astray: On A Distant Ridgeline By Sam Reese 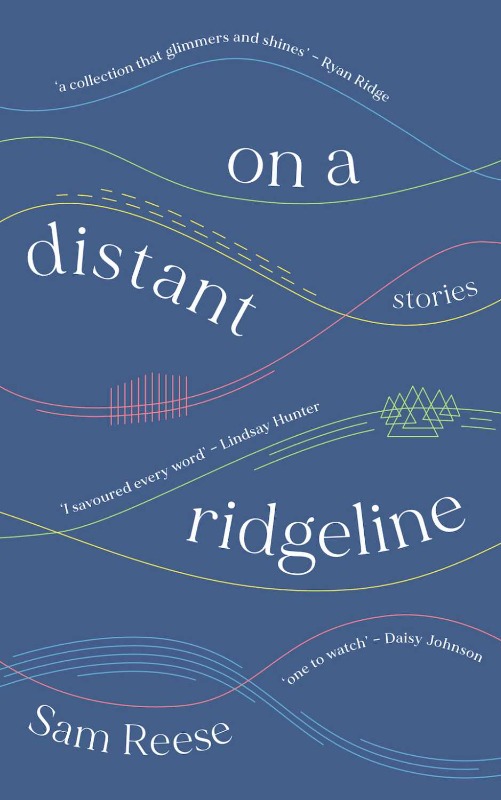 An excursion in the very best, meandering sense, Sam Reese’s absorbing collection of short stories for Platypus Press is circumscribed only by uncertainty of definition. For his book’s title, On a Distant Ridgeline, imposes an horizon which flatly refuses to be attained.

Which is surely Reese’s point: abstract yearning takes precedence, here, over concrete ambition; a struggle to be heard over a flotsam of competing voices. A slender thread of raddled identity is worked subtly through a broad fabric of diversionary backwaters whose geography is vast and unconstrained. Enlightenment, or an impulse for resolution, depends, for Reese’s fellow travellers, on highly peripatetic journeys undertaken severally through New Zealand (the York-based writer’s birthplace), South America (‘I Go Astray’), Spain (‘A Lone Figure on a Distant Ridgeline’), and the brilliantly-lit interior of the narrator’s searching imagination in ‘The Difference’.

This last, a closely argued, burgeoning philosophical enquiry whose starting point is chromatic (in)distinction, might also stand as a metonym for the strivings and general anxieties of the protagonists who maunder through Reese’s other stories. Pivotal, both strategically and semantically, ‘The Difference’ is a cold collation of arguments tending towards definition, and it is artfully considered and executed. A celebration of the power of words to illuminate and to elaborate difference, this shortish, synaesthetic drama of reflection harmonises human yearning through sensory transfiguration:

We could hold the same carved piece of turquoise and, although the object seemed the same, you might call it greenish-blue, and I bluish-green – where I have the deep sensation of the ocean churning somewhere in my chest, you might feel the serene expansion of an open sky. 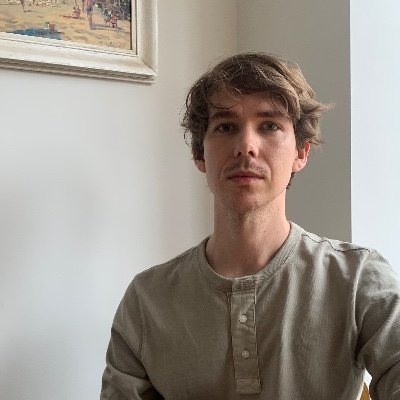 Sam Reese
Reese’s abundant landscapes are ringingly authentic. His drawing, especially, of a rural, more or less people-less New Zealand - much of the country outside of the major cities is pristine and empty - counterposes a profound sense of disconnection. Characters are faintly drawn, interiorized; strange figures without provenance appear, as it were, out of darkness. This Aotearoa is both of the imagination, and anchored in a parallel reality by the shifting tectonics of the present. The savagely understated ‘An Experience’ brings us a recognisably beautiful Coromandel, but draped in disharmonic shades, and undermined by suspicion and suggestion: the dark and prickly figure of Naomi; the off-limits upstairs room and stinking, unopened freezer box; the unexplained disappearance. Reese reinforces that sense of ‘otherness’ which seems to pervade a more general impression of New Zealand’s boondocks; we think, by inference, of Eleanor Catton’s The Luminaries, or the surreal and murderous terrain of the South Island in Top of the Lake.

But to focus unremittingly on narrative shadows would be to do an injustice to Sam Reese’s phenomenal tonal range – in a mind given to the working through of mood, plotline is fundamentally secondary to characterisation and suggestion. And the impulse to abandonment, to an underworld or to a watery deep, is repeated across several stories here. As if the crossing of physical and cultural boundaries was not enough to yield comfort or happiness, some of the writer’s central protagonists seek release in the literal and metaphorical promise of existential freedom. Whilst the narrator/observer of ‘Cataracts’ recoils from Keatsian notions of the horror of ceasing to be, he senses vestigial consolation in an Empedoclean leap into a dark pool’s abyss. The notion of diving – later repeated in ‘An Experience’ – takes on a symbolic resonance in ‘I Go Astray’, where the figure of Lujan rhapsodises on separation ‘amongst the limitless gradations of depth’, in a beautifully drawn passage of aqueous stillness and silence. The inability to make meaningful emotional connections is both pitiable and consuming - the yearning to ‘embrace the emptiness’ the more seductive in an element from which we all originally emerged:

That’s why I reached out to you, grasped for you every time I felt myself caught in the allure of the darkness, of the absence just beyond my fingertips.


Also by Steve Whitaker...
Poem Of The Week: 'Fox' By Graham MortAn Unreliable Narrator: The Outsiders By James CorbettPoem Of The Week: 'At The Juliet House, Verona' By Chrissy BanksPoem Of The Week: 'Hunt' By Róisin TierneyA Spell For The Departed: How To Burn A Woman By Claire Askew
It is significant that Reese chooses, throughout, not to distinguish dialogue and interjection with the surety of inverted commas, as though to disengage thought from action, hope from expectation. The profoundly pragmatic terrain of ‘A Lone Figure on a Distant Ridgeline’ measures the bildungsroman of a child’s emotional development and need for certainty against an awareness of dislocation and death. A vague figure seen on a distant ridge or the counter-intuition of finding a mutilated dog on holiday, are inexplicable, perhaps totemic, moments whose presence encourages acceptance rather than meaning. The child of the kleptomaniac mother in the concluding ‘Magpies’ will learn, amongst the compulsion and irrationality, of complexities of human motivation.

Words, in the end, need little grammatical adornment if they are to convey wisdom through dignity and insight:

He went to die somewhere, the father said. It happens, sometimes. He walked into the night, and he disappeared. That’s what it’s like for all of us.


On a Distant Ridgeline is published by Platypus Press, and is available for pre-order.