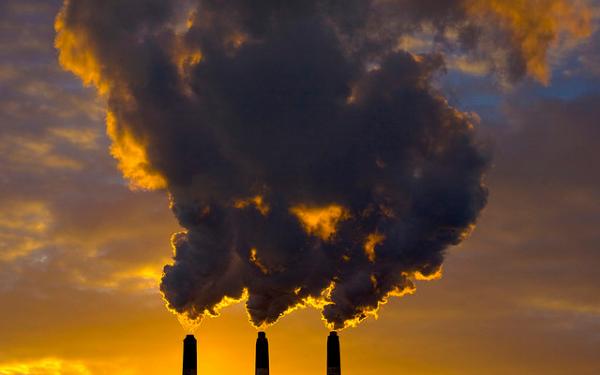 Just when your world view has tidily packaged all lawyers into a box marked "dodgy", up pops ClientEarth.

An association of "activist lawyers committed to securing a healthy planet", their legal case against the Government for failing to meet legal limits for air quality will be heard by the Supreme Court on Thursday 7 March 2013.

This landmark case could lead to the Government being forced to take action to drastically reduce air pollution, a public health issue that causes 29,000 early deaths each year - more than those caused by obesity and alcohol combined.

James Thornton, ClientEarth CEO, says: "Air pollution is over twice the legal limit in Leeds. It is an invisible killer that causes heart attacks and strokes, stops children's lungs from growing properly, and is linked to low birth weight in newborns."

"For too long, government has got away with failing to protect the public's health from air pollution, and we have the right to take them to court to demand action. Our government are lobbying in Brussels to try to weaken current air quality laws instead of coming up with an ambitious new plan to clean up the dirty diesel vehicles which are choking our towns and cities."

ClientEarth's case concerns 16 regions, including Leeds, London and Manchester, where government plans will fail to achieve legal limits until up to 15 years after the 2010 deadline, endangering the health of thousands.

ClientEarth originally took this case to court in December 2011, forcing the government to admit that it was breaking EU air quality laws. However, the High Court and later the Court of Appeal refused to take action, ruling that enforcement was a matter for the European Commission.

The appeal to the Supreme Court, which hears only those cases which are "of the greatest public or constitutional importance affecting the whole population" was supported by a letter from the European Commission firmly supporting ClientEarth's interpretation of the EU air quality directive.

Weather forecaster and Healthy Air Campaign Ambassador Clare Nasir says: "It is outrageous that the Government needs to be dragged through the courts to get them to tackle this issue. Air pollution is so bad in some of our cities that it is affecting the lung capacity of our children and causing heart attacks and strokes. Shouldn't that be enough?"

"I want my daughter to grow up in a country where we have the right to breathe clean air. I just hope this case helps to make that a reality."

Levels of air pollution on some of Leeds' busiest roads are over twice the legal limit.

In 2009, maximum modelled concentrations of nitrogen dioxide in the West Yorkshire Urban Area were 88 gm-3, with 121 km of road exceeding the 40 gm-3 limit.

There are 21 designated air quality management areas for nitrogen dioxide across the 5 local authorities which make up the West Yorkshire Urban Area.

5.5% of adult death in Leeds is caused by air pollution.