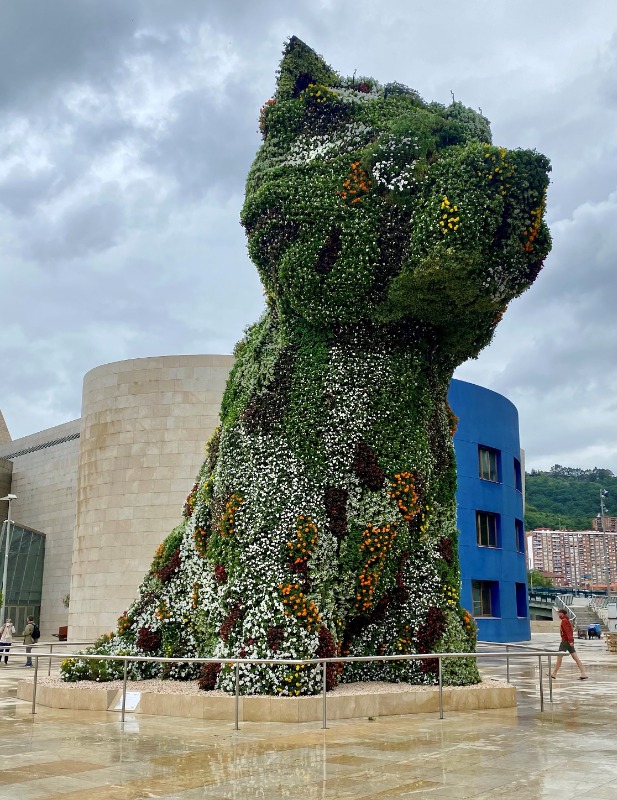 Puppy, 1992 Stainless steel, soil, and flowering plants 1240 x 1240 x 820 cm ©FMGB, Guggenheim Museum Museoa, Bilbao 2022 Foto: Erika Ede
The Guggenheim Museum Bilbao has unveiled Puppy’s new image after completing the change in flowers this springtime, a process that is sponsored by Seguros Bilbao, a company that is part of the Catalana Occidente Group. The usual process of replacing the 38,000 plants that cover this floral sculpture, which takes place twice a year, has a different outcome this year thanks to the new design made by the artist Jeff Koons in conjunction with the Museum’s curators to celebrate its 25th Anniversary. This is the first time the sculpture has worn this design.

Instead of the flowers being arranged to create spots of color, this season the huge West Highland White Terrier puppy will be predominantly white, while some colored flowers will highlight its outline and texture. Given that the plants take a few weeks to blossom, Puppy’s new image will be in full bloom later in the season. Once it is, the new monochromatic design will make Puppy resemble the breed it represents even more, which served as the inspiration behind the initial concept of this important installation.


In Jeff Koons’s words: “In honor of the Guggenheim Bilbao’s 25th Anniversary, I worked closely with the talented team at the museum to unveil a new planting of flowers for Puppy in celebration of this incredible milestone. My original concept for Puppy was based on a white terrier, so our spring planting is a harmonious composition of mainly white flowers in the spirit of the original model. There are some yellow, orange, red, and blue flowers that add definition to the swirls and folds of the fur and form of Puppy but primarily the flowers are white. This monochrome arrangement conveys peace, renewal, and love. It continues to communicate acceptance and the live flowering plants are symbolic of life’s energy. I always wanted the work to be a place for the community to gather and experience transcendence. Since it was installed, Puppy has embraced millions of visitors at the entrance of the iconic Guggenheim Bilbao, so it is a sincere honor to have Puppy become a part of the anniversary celebration and greet visitors in this fresh new way.” 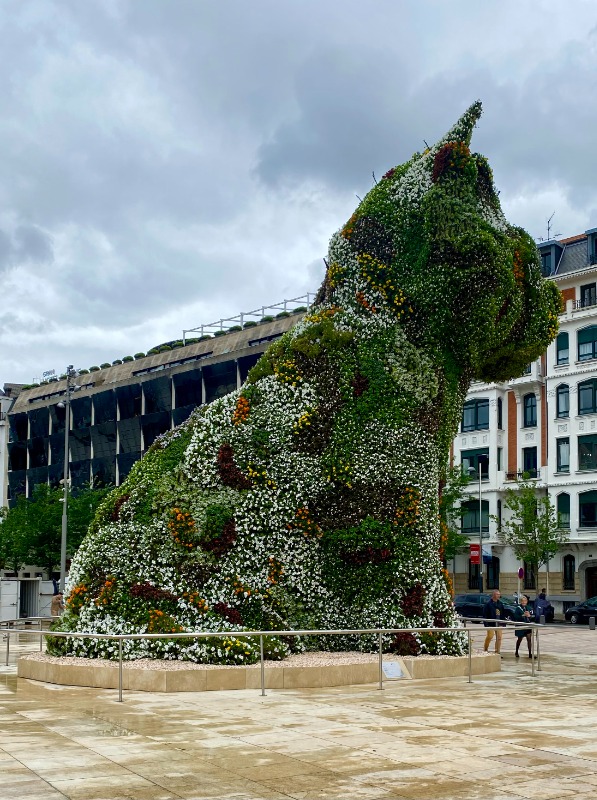 Giving Puppy new flowers is a complex, intense process that requires the prior planting of thousands of flowers specifically for this work, along with a team of 20 gardening experts who work against the clock under the oversight of the experts from the Museum’s Conservation Department.