Have Your Say On £1bn A66 Dualling Proposal

Plans to transform the A66 with the biggest investment on the north’s road network for a generation go under the microscope today as the public is urged to have a say on the latest designs for the £1bn project. 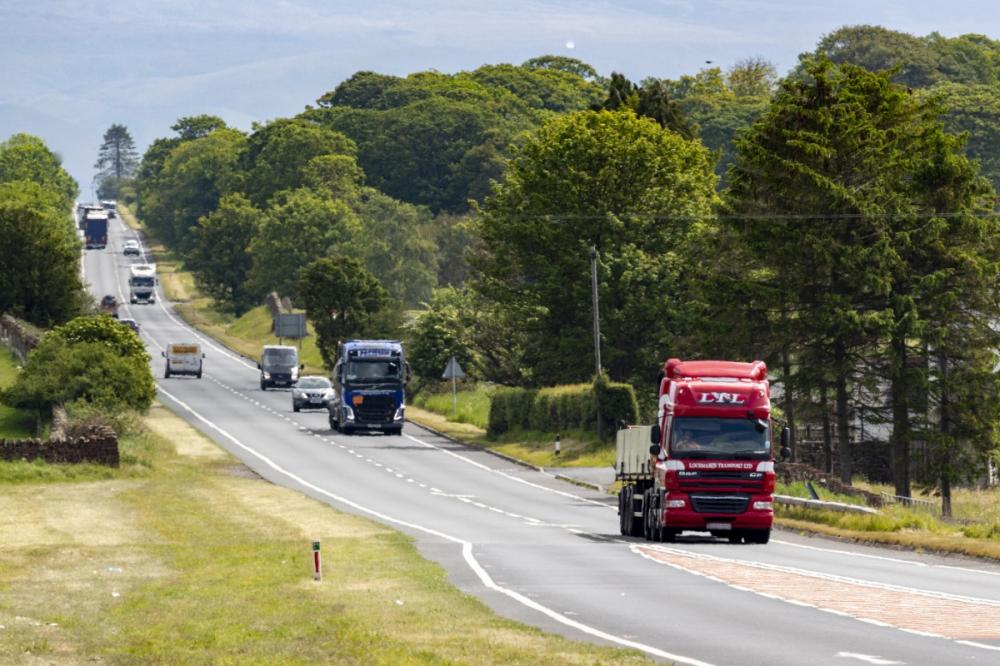 The £1 billion proposal would dual the remaining sections of A66 and improve a number of key junctions
National Highways (formerly Highways England*) welcomed Baroness Vere, Minister for Roads, Buses and Places, to the launch of its consultation on the proposal to improve the A66 between the M6 at Penrith and A1 at Scotch Corner by dualling the remaining sections of the route and improving a number of key junctions.

The planned upgrade would shape the future of a critical link in the nation’s road infrastructure and redefine local connectivity. It comes as the country builds back better from the Covid-19 pandemic, with the Government investing billions of pounds to improve infrastructure, boost connections and level-up regions across the country.

Baroness Vere visited the consultation hub on the site of the former Llama Karma Kafe, where she was joined by Neil Hudson MP (Penrith & The Border), along with local council and business leaders.

National Highways chief executive Nick Harris said:
“We look forward to hearing people’s thoughts on our vision to bring far-reaching benefits to those who use and live near the route. By creating better links we can unlock access to tourism, jobs, essential services and new opportunities.”

Roads Minister Baroness Vere said:
“Upgrading the A66 is a project at the heart of our plans to build back better and level up the North by improving infrastructure and boosting connections across the region.

“Whether you’re commuting, visiting the area on holiday, or transporting freight, this upgrade will bring huge benefits to the area by cutting congestion and speeding up journey times.

“This consultation is a great opportunity for people and businesses to help shape the future of this project so it works for everyone.”

The statutory consultation period has been extended from four weeks to six to give people every opportunity to express their views. It runs until 11.59pm on Saturday 6 November and will help the Government-owned company put together its application for a Development Consent Order which, if successful, would pave the way for the scheme to go ahead.

Peter Molyneux, Major Roads Director at Transport for the North, said:
“The A66 Trans-Pennine route is an incredibly important east-west route for the northern part of our region and a crucial part of building a New North, yet too often those using it face delays and congestion.

“Once finished, the full dualling of the A66 will have significant benefits for its many thousands of users.

“We’re pleased to see this project progressing at pace, and continue to work with National Highways and our local Members and partners to help ensure our region benefits from reliable roads as part of a sustainable, multimodal transport network.”

All the consultation materials, including the brochure, are available on the dedicated project webpage. Hard copies will also be provided for viewing in public buildings along the A66, such as local libraries. There will be drop-in sessions where you can speak to a member of the team, as well as webinars, a telephone surgery and an online virtual consultation room.

For more information visit the website, email A66NTP@highwaysengland.co.uk, or call 0333 090 1192. Phone lines are open between Monday and Friday, 9am to 5pm, or you can leave a message and the team will return your call.