Landmark tents which have been home to the largest-ever scientific excavation of a post-medieval burial ground in northern England are coming down. 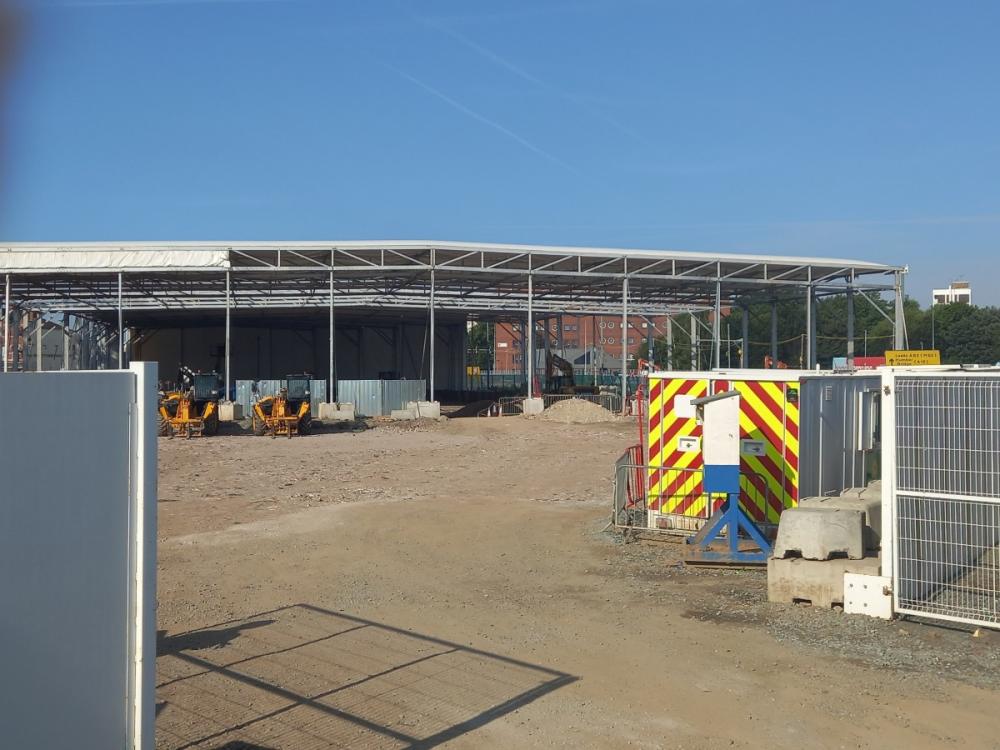 The on-site archaeological work, which has welcomed around 80 archaeologists, will conclude in the autumn. Further analysis of the findings, and the remains of around 9,500 people who have been carefully and respectfully excavated will continue before they are reburied.

“Experts are now using the findings from the year-long excavations to develop a more detailed picture of the people who lived in Hull in the 18th and 19th century and how they lived in society.

“The archive of data will be stored so that the knowledge is preserved for this and future generations.”

Part of the site will eventually form some of the new-look dual carriageway which is being lowered at the Mytongate junction, with a new road linking Ferensway and Commercial Road being built above it. Engineering work began this month (August) on the underpass. 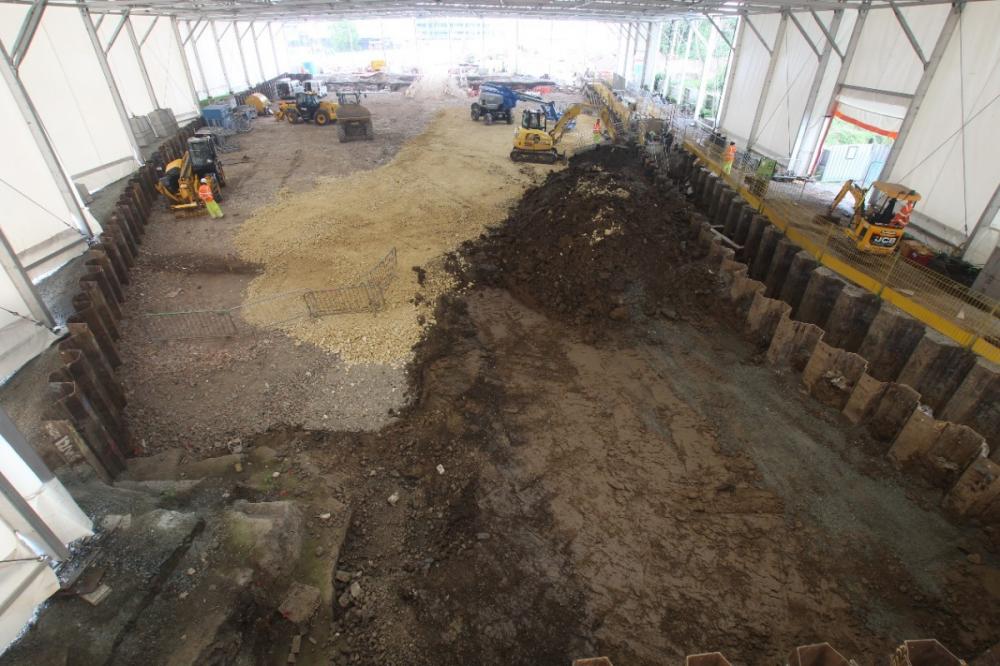 Archaeologists have uncovered fascinating stories since work began, including discovering the remains of a person, possibly a passenger who was killed in one of Hull’s worst dockland disasters.

They believe the fatal injuries observed could well have been caused by the explosion on the Union steam packet, which was about to embark for her home port of Gainsborough, on 7 June 1837.

In total, there were 23 known fatalities as a result of the vessel explosion, with around a third understood to have been buried in Trinity Burial Ground.

With the tents coming down, archaeologists will continue to work over the coming weeks on an 18th-century jail – or gaol as it was previously known – which stood at the north-east corner of the burial ground. The gaol was used at a time of prison reform when the likes of John Howard and Elizabeth Fry promoted the need for better conditions, productive labour and religious instruction.

To date, the footprint of the gaol has been partially revealed, including, intriguingly, part of a basement that seems to have been sub-divided into a series of cells. These may have been the cells for the refractory prisoners (for example, people who refused to behave), but interestingly, a previous 19th-century record of the gaol, does not highlight this section. Further excavations may reveal more about this mystery.

It was referred to as the New Gaol and housed men and women awaiting trial, those incarcerated for minor offences, and also debtors, as well as those due to be transported for more serious crimes. It closed in 1829, with the plot later becoming a sawmill in the 19th century and a brass and copper works and lead plant in the early 20th century. 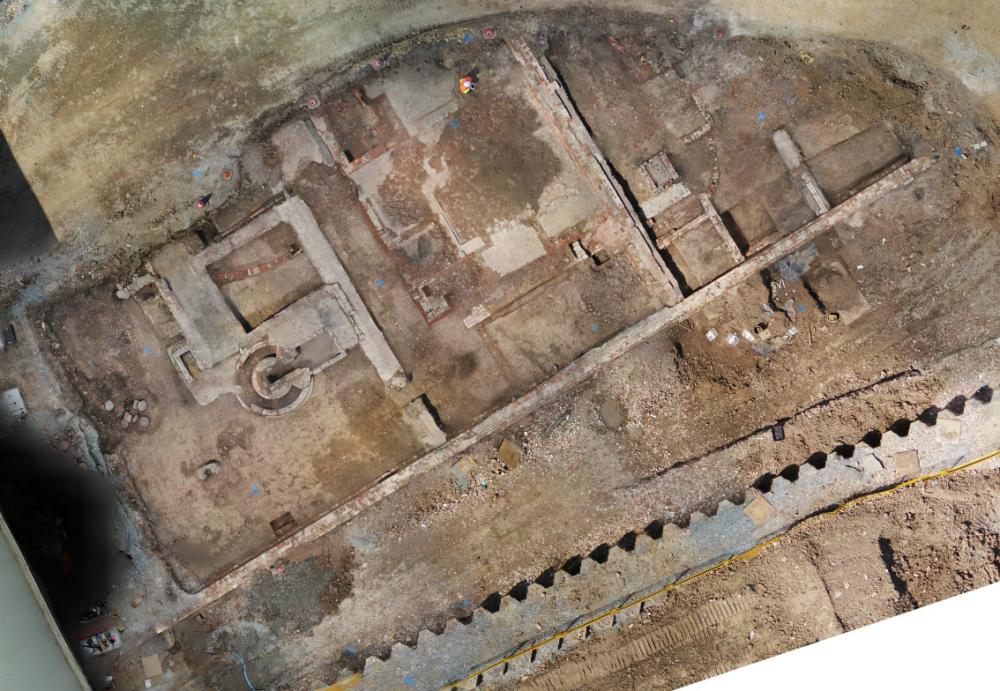 Drone photo of the foundries, the burial ground’s gaolyard wall, and traces of the gaol
Stephen Rowland, project manager for Oxford Archaeology North, added:
"The Trinity Burial Ground project is going to give us an as-yet unparalleled view of the people of Georgian and early Victorian Hull, a view that seems so distant, but is relevant to modern life in so many ways.

“We have a cross-section of the community, rich and poor, young and old, from native Hullensians to settled incomers and visitors who never made it home. We know that people from every walk of life were buried within the site with their families: labourers, sailors, and seamstresses, businessmen, bakers, and clergymen.

“The comprehensive study will help us to understand at a human level details of their daily lives, their origins and familial relationships, their diets, trials, and tribulations, as well as aspects of their beliefs, identities and aspirations, all within the context of the booming industrial revolution and the commercial expansion of Yorkshire's most significant gateway to the wider world."


The A63 will be closed between Daltry Street flyover and Roger Millward Way from Monday 16 August for up to 14 weekday nights as the Porter Street pedestrian crossing is removed and a temporary one is installed. Alterations to the roadworks layout will also be carried at Mytongate junction.

The closures will be in place Monday to Friday between 8pm and 6am, apart from the bank holiday weekend, when work will finish on Thursday evening and restart the following Tuesday evening.

The exit on to the A63 westbound carriageway from Commercial Road is closed and will be until the end of October. This is to allow us to start work on the new walls of the underpass in this area.

Work is continuing overnight on installing new steel safety barriers along the A63, between junction 38 of the M62 (North Cave) and South Cave, to improve safety along this important route. Work on this scheme will take place overnight from 8pm to 6am Monday to Friday with no weekend work is planned.

Long distance traffic should follow the overnight westbound diversion from Hull city centre to re-join the M62 at Howden. Local access will remain in place with shorter diversion routes for traffic travelling within the Hull area.

Drivers are urged to allow extra time for their journey and clearly marked diversions will be in place.

To keep up to date with A63 work and find out more about the archaeology work visit: https://highwaysengland.co.uk/our-work/a63-castle-street/, and you can also provide your feedback using Highways England’s new interactive ECHO tool: https://map.govmetric.com/A63CastleStreet