Interview With Tony Clarkin From Magnum 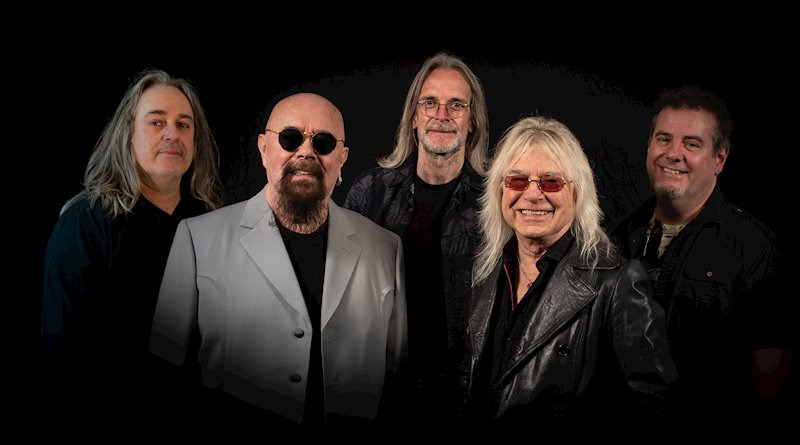 British rock band Magnum is rightly regarded as one of the best rock bands to have come out of the UK. Their new album, The Monster Roars was released today (14th January) and is bursting with melodic and powerful rock songs as well as a few ballads that constitute what makes a fine Magnum album.

I spoke to Tony Clarkin, guitarist and songwriter in the band.

It took nearly ten years for the band to appear on Top of the Pops, how did it feel?

That’s right - the band had been playing the live circuit since 1972 when we first formed Magnum. We actually flew in from Germany to appear on the show. Bob Catley, our lead singer, was very excited because he always wanted to be on the programme, but for me it wasn't too much of a big deal, I wasn’t too bothered. All I set out to do was play in a band and people to hear my music.

You write all the songs for Magnum, do you ever get writer's block?

I would never say it is easy, it takes a lot of concentration to come up with a good song. I work in the studio a lot of the time playing the guitar. I might find something that is good, and over the next few days make something of it. The lyric always comes later. I might come up with some words that at first might sound like a nursery rhyme until I work out what the lyric should be.

The new album The Monster Roar sounds like a classic Magnum record, did you try to encapsulate that?

That's a good thing to say that the new album sounds like a classic Magnum record; I will take that as a compliment. We tried to make it sound as normal as we could as regards a Magnum album. When I start writing the songs I don't have any preconceived ideas it just comes natural as regards the sound of the songs.

How did you find the band’s new bass player Dennis Ward?

It is quite funny because he is from Texas but he lives in Germany - I am not sure how he ended up there. Our last bass player, Al Barrow, left because his wife got a job in America so Al decided to go over there and to pack in doing music.

We asked around does anyone know a good bass player?

We were recommended Dennis and we contacted him and he played a few pieces with the band, it worked out fine. He is also a good record producer as well as a fine guitar player - he keeps me on my toes!

Are you nervous about playing live again after such a long break?

We have not played together for nearly three years now, so yes, we will be a little nervous before we get back on stage together. I have been rehearsing for a month to six weeks now. We will be rehearsing as a band together for a fortnight but I am sure it will all come together.

Magnum supported a lot of big bands in the early days, who was the best to work with?

We did the first Whitesnake tour and that was really good. I had always liked David Coverdale as a vocalist so to go on tour with them was a dream come true.

We have a lot of songs to choose from - the new album is our twenty second. Bob comes up with a list initially of songs that we can play in the ninety minutes we are on stage. I might then suggest: “let’s put this one in there instead”. Of course we have to leave certain songs in, it is difficult to please everyone.

I remember we were once playing a gig at the Symphony Hall in Birmingham and a fan asked for a certain track before the show. He was near the front of the stage when we played his request - at the start of the song he gave us a thumbs up and his face lit up, things like that always make it special.

Do you have any favourite singers?

I like a lot of the rock singers. Deep Purple in their heyday with David Gillan is one of my favourites. Deep Purple inspired me to become a musician and to be in a band. The band is still touring and recording. I also like Mountain, the American band - it was a big influence on me. Then there is Jimi Hendrix, it is a shame I never got to see him play a live concert.

The current tour is quite short, are you doing any more concerts later in the year?

With the pandemic we had to split the tour into two halves. We first do some shows in the UK then have ten days in Germany and Scandinavia - after that it all depends on how things develop with the Covid situation - most bands are in the same boat. I really have missed playing in front of an audience. One of the reasons why I learnt to play guitar was to perform on stage. I am really looking forward to playing live and for all our fans to hear the new songs and of course the old ones.

https://www.ticketmaster.co.uk/magnum-tickets/artist/735572
Also by Graham Clark...
Interview With Steve HackettAlbum Review: Elvis Costello And The Imposters - The Boy Named IfAlbum Review: James Blunt - The Stars Beneath My Feet (2004-2021)Sad Cafe To Play Rare Concert In WhitbyInterview With Jean-Jacques Burnel From The Stranglers