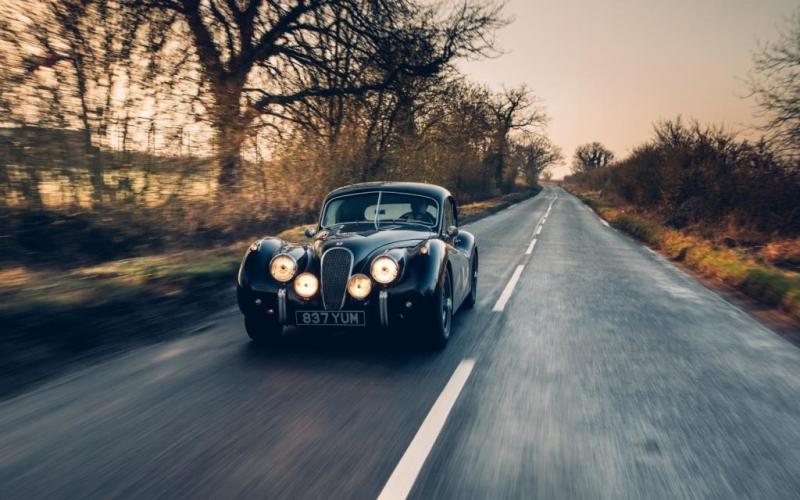 The “gentleman’s racer” 1953 Jaguar XK120 – which will be on display at the Ethos Ride & Drive event at Rudding Park
A classic Jaguar race car from the 1950s which has been given a modern “green” twist will be taking centre stage at a special business event in Harrogate this month. (January 24)

Known as the “gentleman’s racer”, this 1953 Jaguar XK120 has been fully restored with one exception - its old petrol engine has been removed and replaced with a powerful and clean 100 per cent electric engine!

The car will be amongst a dozen other electric and hybrid vehicles being displayed – and driven - at Ethos Asset Finance’s Electric Vehicle Showcase Day, on January 24.

The event is being held at Harrogate’s Rudding Park, and will be of particular interest to businesses running company cars – from single vehicles to large fleets – looking to switch to environmentally-friendly models.

In addition to the classic Jaguar, Ethos has organised a selection of leading electric cars and vans to be available for test drive, from manufacturers including Tesla, Audi, Mercedes Benz, Porsche, Jaguar, BMW, Kia, Nissan, Volvo and LDV.

This event comes on the back of a highly-successful electric and hybrid car taster day Ethos staged only two months ago.

Rosie McGilvary, said: “We are thrilled to have the Jaguar XK120 with us on the day.

“Due to the success of November’s event, and the fact we have been bombarded with requests to hold another sooner rather than later, we have decided to bring it forward to this month.

“With the Government announcing that from April pure electric company vehicles with zero emissions will benefit from zero per cent tax, and no benefit in kind - together with low running maintenance costs - now is the time for businesses to look seriously at changing their vehicles to a greener solution.

“Attendees will be able to talk to the brand experts, a leading charging unit supplier and, of course, members of our team.”

Being held between 9am and 4pm in the Radcliffe Room, those wishing to attend are asked to register via rosie@ethosfinance.co.uk