Jowett 8HP Deluxe - Built 1938 (Cost £170 + tax when new)
Once upon a time, the roll call of British car manufacturers was extensive. Evocative names such as Humber, Morris, Hillman, Riley, Wolseley and Austin will bring back fond memories for those of us over a certain age. Announcing to an assembled gathering that you drive a Humber Super Snipe sounds so much more exciting than perhaps a modern day equivalent, Ford Mondeo 1.6 Edge!

And so it was that The Yorkshire Times found itself earlier this month at The Classic Motor Show at Birmingham's sprawling NEC. With so many British and European Marques represented, a full day was needed to do the show justice. Many of the displays were organised by enthusiastic Owners Clubs, keen to preserve the heritage of their chosen make for generations to come. 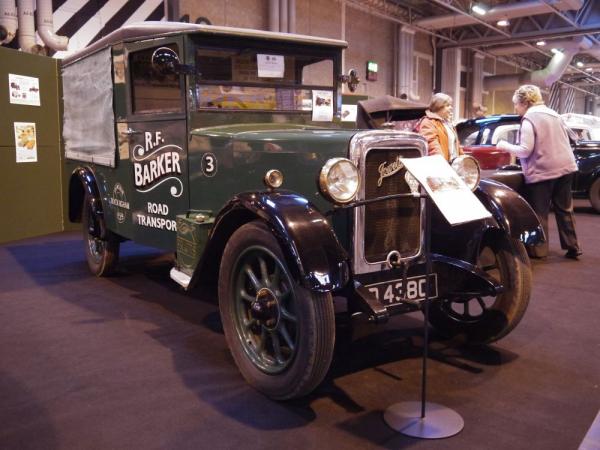 Jowett Lorry - built in 1931
One such stand housed a fine display of Jowett vehicles, Bradford-built and popular in their day, particularly in the north of England. Production at the factory ceased in 1954 after over 50 years of car and commercial vehicle production.

So where did it all begin and why did this once thriving Yorkshire car manufacturer stop production?

Benjamin and William Jowett founded the company in 1901, with Arthur Lamb. Initially making cycles and engines for driving machinery, the Jowett Motor Manufacturing Company was formed in 1904 and produced their first car in 1906.

Production proper began in 1910 and the intention was to provide a low weight vehicle at a low price and with low running costs. Engine and gearboxes were made largely of aluminium and the car's low speed torque and gear ratios were ideally suited to the hilly Yorkshire roads. Top speed and acceleration were of little importance. A heady 48 cars were made before the onset of World War 1 and the factory was turned over to munitions manufacture. 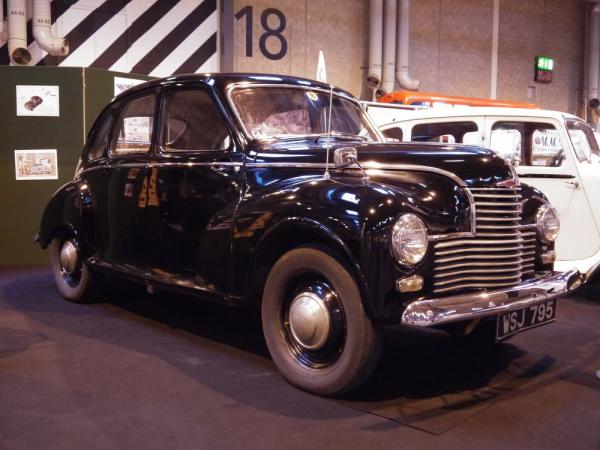 Jowett Javelin - built in 1952 (Cost £653 + tax when new)
After the war, Jowett Cars Ltd was formed and a new site was bought in Idle, just outside Bradford. Production of the Jowett Seven began in 1920 and continued up to 1936. Commercial vehicles built on the car chassis came on stream in 1922 and were to form an important part of the business. 1934 saw the introduction of the Kestrel and Weasel sports tourer.

Once again war would halt car production (the Ten and Eight models) and post war the business found a new owner in Charles Clore. His tenure was short and ownership passed to bankers Lazard Brothers in 1947. At the same time, the popular 'Javelin' saloon model was introduced alongside its 'Bradford' commercial brother. Over 70,000 were made over a seven year period (as well as a modest 900 'Jupiter' convertibles).

The vehicles were a success, with stream-lined design and advanced features such as independent front suspension, unitary body construction and a flat four push-rod engine. The Javelin could achieve heady 80mph and handling was excellent.

However, poor business strategy and direction was to be the financially sound company's downfall. Overproduction of car bodies, mechanical maladies and a collapsing export market conspired with a temporary large increase in purchase tax to create difficulties. Furthermore, the Idle plant was unable to produce the expected volume of vehicles, nor was the distribution network able to sell what was produced. Javelin production ceased in 1953 and although demand remained high, production of the pretty Jupiter followed suit at the end of 1954. 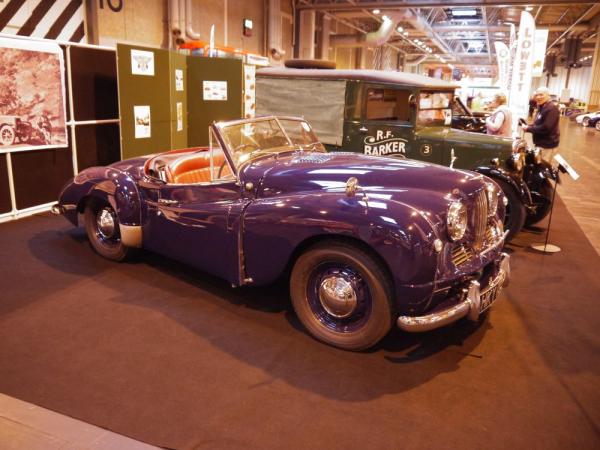 Jowett Jupiter Convertible built in 1952
The company did not go bankrupt, but instead sold the factory to International Harvester, who made tractors at the site until the early 1980s. The building was subsequently demolished in 1983.

Jowett continued for a short while as a manufacturer of aircraft parts and operated from a former mill at Howden Clough, Birstall, near Batley.

Jupiters and Javelins are very much alive and kicking on the Yorkshire classic car scene and during the summer months, many will appear at local classic car shows. £5,000 will be enough to bag a reasonable Javelin, probably three times that amount will buy a svelte Jupiter.

The Jowett Owners Club (www.jowett.org) can offer help and advice to would-be owners. Classic car ownership need not be prohibitively expensive (cheap insurance, no Road Tax, simple servicing) and what better way to show pride in God's own county, than to drive a car built in its very heart!