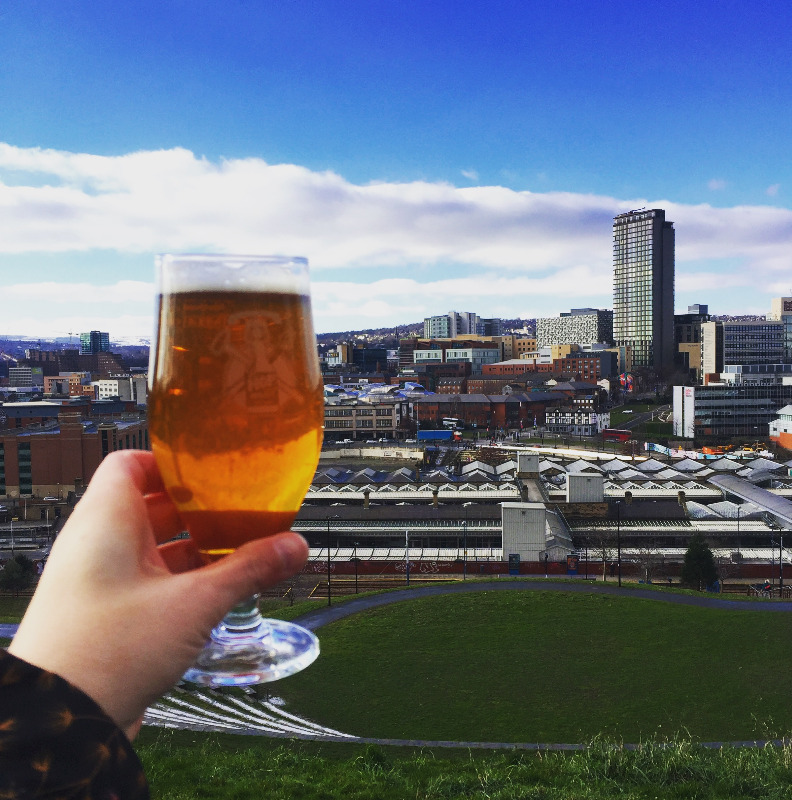 It’s not a good time to be involved with making or selling beer. According to the leading trade association, UK Hospitality, more than 90 per cent of fully Covid-secure hospitality and pub businesses are operating at a loss - and thousands of otherwise viable businesses in Tier 3 and Tier 2 areas have already closed. Before Covid, the hospitality industry directly provided 3.2 million jobs across the UK, and a further 1 million in dependent supply chains.

As the fight for survival continues one speciality beer shop in Sheffield is celebrating seven years in business and its founder, Jules Gray, is determined to keep looking forward.


Jules Gray
She founded Hop Hideout in 2013, as one of the UK's first ‘drink-in’ beer shops. With the establishment of the Sheffield Beer Week and Indie Beer Feast, she quickly became a rare female prime-mover in a male-dominated industry.

Jules has tried to remain positive through the lockdowns, keeping in touch with her regulars and the support of the local community. "I’m focused on celebrating Hop Hideout’s 7th anniversary in November,’ she says, "which feels momentous given the year we’ve had."

Clearly undaunted she adds: "We’ve organised a big Zoom virtual party on a beer and cats theme, showcasing a new design we had commissioned. We’ve got yoga, a virtual brewery tour, a beer label art talk by a well-known beer writer and a pub quiz with special guests - plus plenty of cat-themed beers!"


Also by Andrew Liddle...
The Lonely Chapatti’s Food For ThoughtThe Nomadic Life At ChristmasTerriers Get The Magic Rock For ChristmasLaughter In The Dark In Leeds - From The Devil’s JukeboxFalsgrave Park, The Town Crier And An Upturned Santa
Looking beyond the birthday, she says: "I also want to make sure Christmas is as special as it can be this year. We’ve created some great craft beer and craft cider advent calendars and we have more goodies lined up."

She’s already working on plans for 2021. "The Indie Beer Feast usually happens in March but I’m hoping we can maybe bring an autumn edition next year. In terms of Hop Hideout, product-wise we want to continue our focus on fine cider and natural wine which we’ve been investing a lot of energy in recently."

Certainly Jules does not intend the Hop Hideout to hide away.