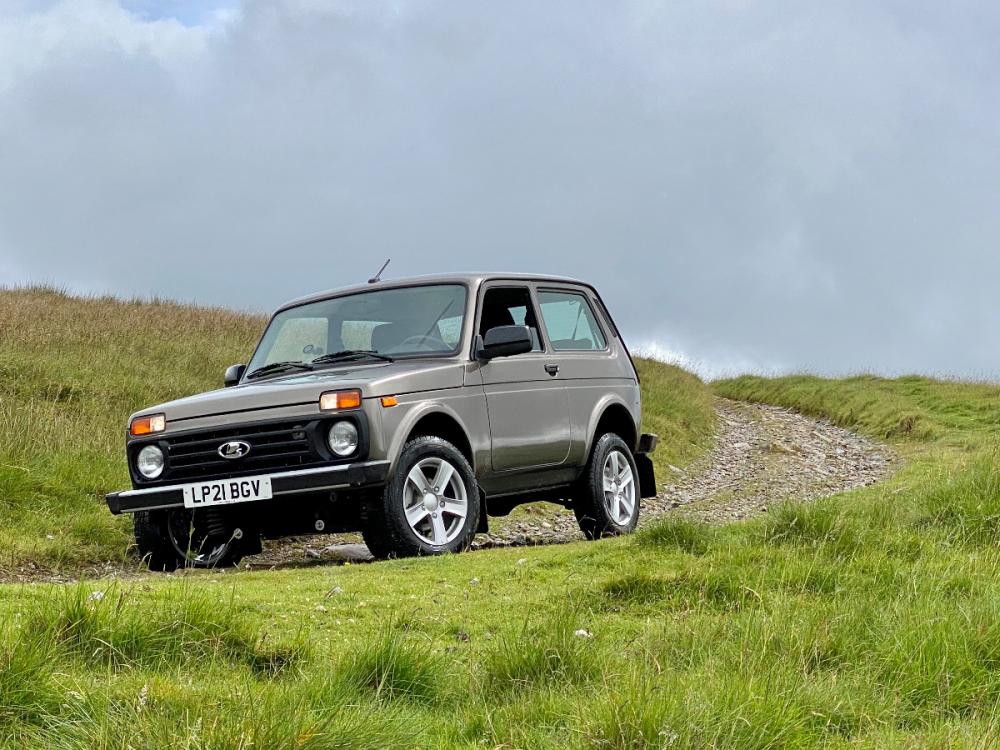 I bet you had forgotten all about the Lada Niva. It would be wrong to say they were a familiar sight on UK roads, but I do remember seeing them in the 1970s and ‘80s.

A little research tells me that Niva is Russian for field and undoubtedly, traversing uncompromising territory was what it was primarily designed for. Equipped with permanent four-wheel drive, a low ratio gearbox and locking differentials, the Niva was capable of providing simple, go-anywhere transport.

The last examples were officially imported in 1996 and I suspect most have now quietly rusted away. 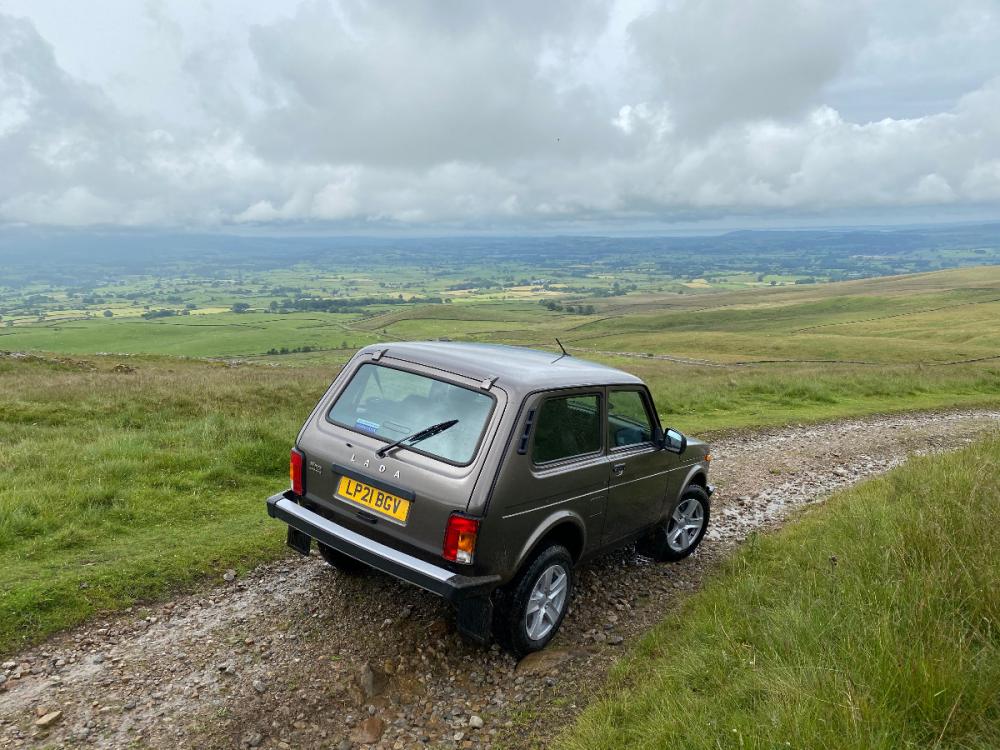 Fast forward to 2010 and an enterprising gentleman, Mark Key, began importing left-hand drive examples into the UK, though this subsequently had to stop due to the loss of European Type Approval – spoilsports!

However, with Brexit now completed, the intrepid Mr Key has found a way to offer them for sale in the UK once more. There is a deadline however, as production will finally cease at the end of 2023.

Ever keen to drive something different, I met up with my good friend Damian, who was custodian of the demonstrator.

I think it is fair to say that the Niva attracts a lot of interest. Parked within sight whilst enjoying some refreshments, I was surprised at how many people stopped to take a look, some lingering for a while. The ‘21’ plate and left-hand drive configuration was clearly causing some head scratching.

A new Niva can be on your driveway for as little as £11,995 + VAT, but for that you must go through the process of registering it. Better to pay an inclusive price of £16,999 and drive it away with full IVA approval.

For that you get a 1.7-litre petrol engine, a willing if slightly raucous performer. It only has 80bhp, so be patient. You also get the Niva’s legendary off-road ability thanks to its standard 4WD accoutrements. 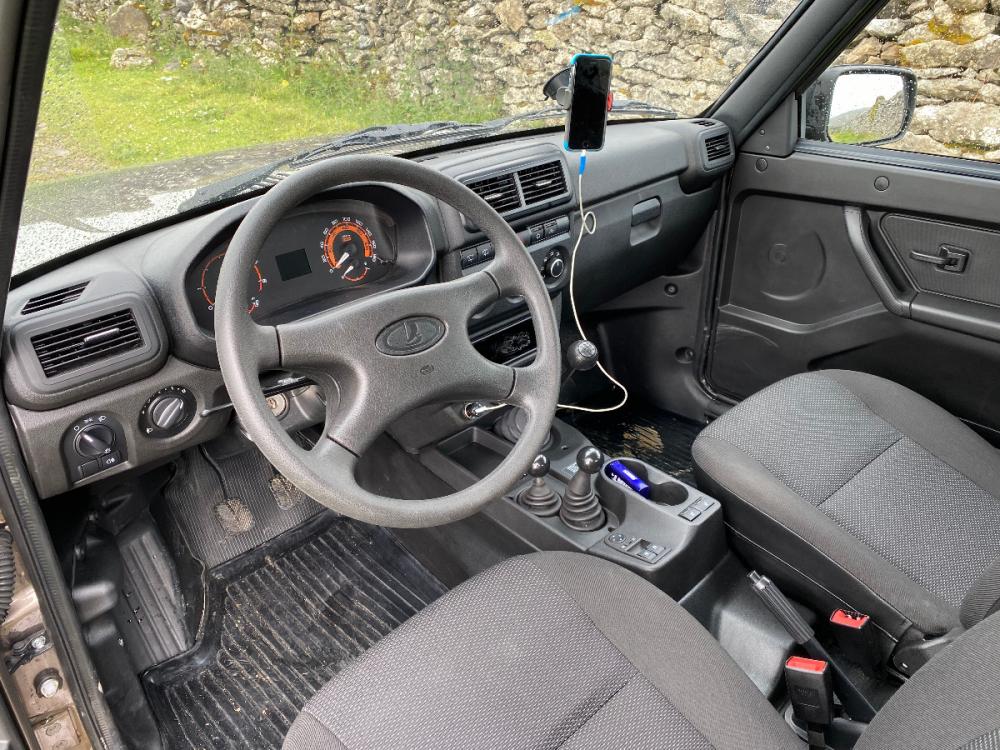 This is no frills transportation so expect to unlock each door individually and wind the windows down manually.

Seats are comfortable enough, the driving position ok and the smell of cheap rubber all pervading… Adding some carpet might reduce the aroma and will act as some much-needed sound deadening.

I suspect most will pay an additional £800 for the Luxe model. It’s a bit of a bargain as you get electric windows, air conditioning, alloy wheels and tinted glass.

I note that a further £500 will get you a camouflage paint finish and I say why not?

The top ‘Urban’ model costs £18,495 and from what I can see, all you get are moulded body-coloured bumpers….

A little off-roading confirmed the Niva’s go-anywhere credentials, but I was more interested to see how civilised it would be on terra firma.

The answer, dear readers, is surprisingly pleasant. I wouldn’t want to take one on a touring holiday in Scotland, but for local buzzing around, it was quite fun. 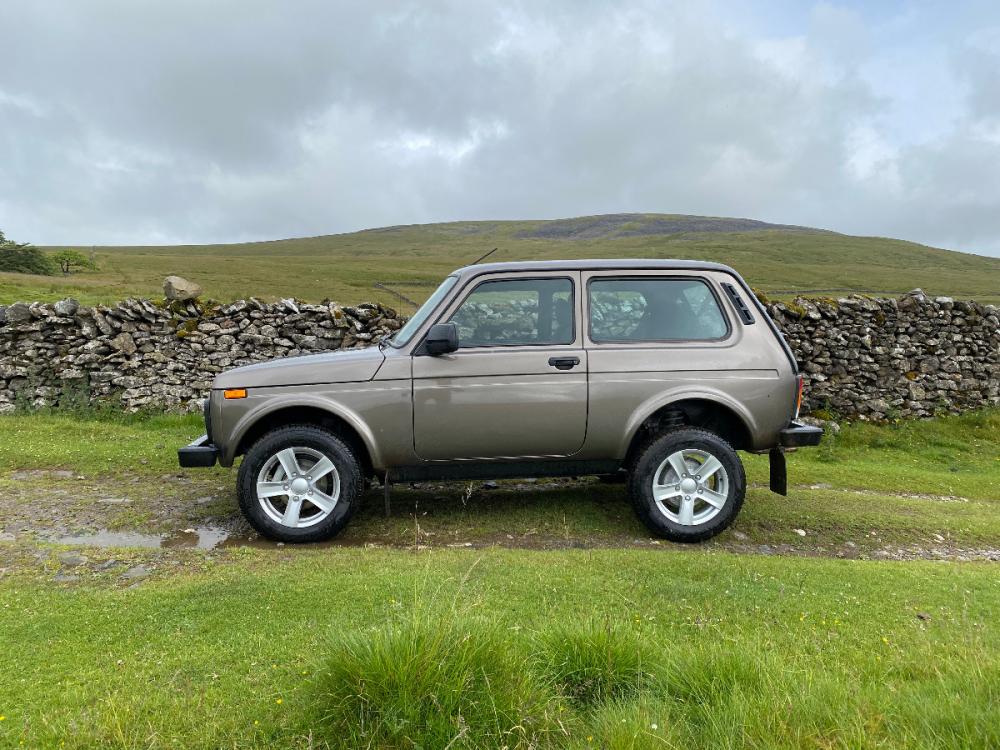 The gear lever is a bit of a stretch away and requires a precise hand, and it’s a bit whiny at speed. The ride is fairly soft, body roll noticeable, brakes adequate.

The quality of the fixtures and fittings is probably the biggest sign as to how things have moved on. Scratchy plastics, tinny doors and some rather loud rattles from the boot area took me back to a time, long, long ago.

But, and I find myself a little surprised, I can quite understand why you would want to own a Niva. It has a certain charm, a simplicity that is quite refreshing in this modern age of touchscreens and complicated electronics. It is the complete antithesis of the electric car and as a petrolhead that is something I must celebrate. So very soon we will all be confined to copycat EVs.

If any of this has whetted your appetite, the delightful Mr Key will take your money, with the promise of delivery in around eight weeks. 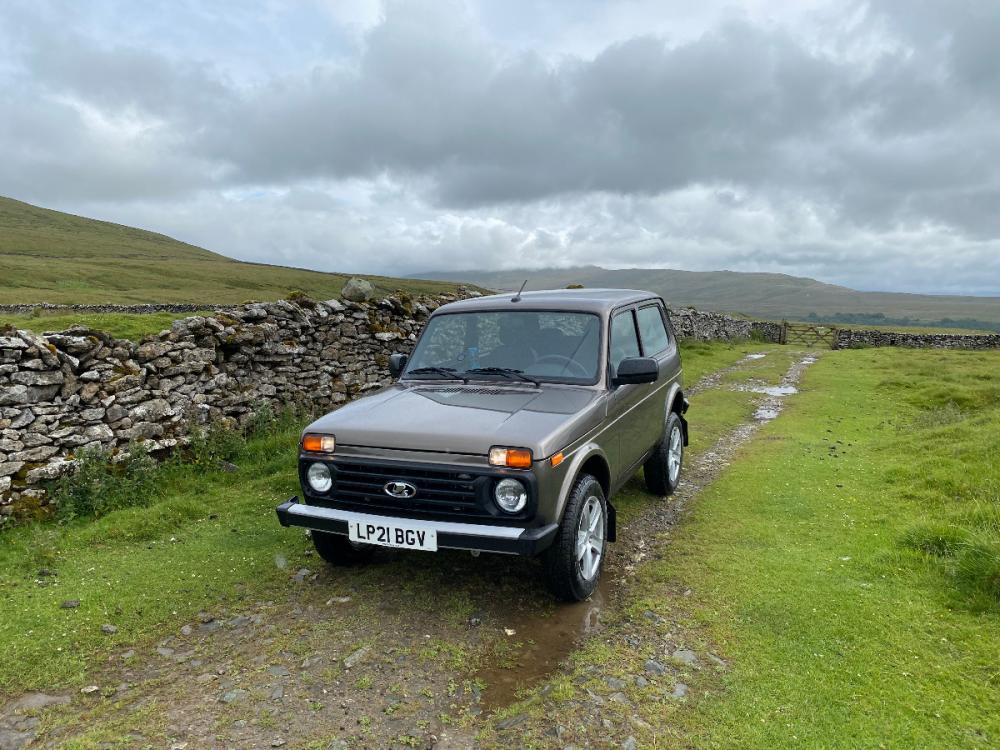 It is not a long list. The most obvious is the Dacia Duster. However, you can no longer get a 4WD example as cheaply as before. The brand has moved up market, so expect to pay just under £19,000 if you want power to all wheels. Undoubtedly more civilised and right-hand drive.

The Suzuki Jimny has just returned to the UK market in commercial form, but supply will be severely limited and demand sky high. Only two seats, but considerable off-road prowess. Maybe buy a Niva to tide you over whilst on the waiting list….