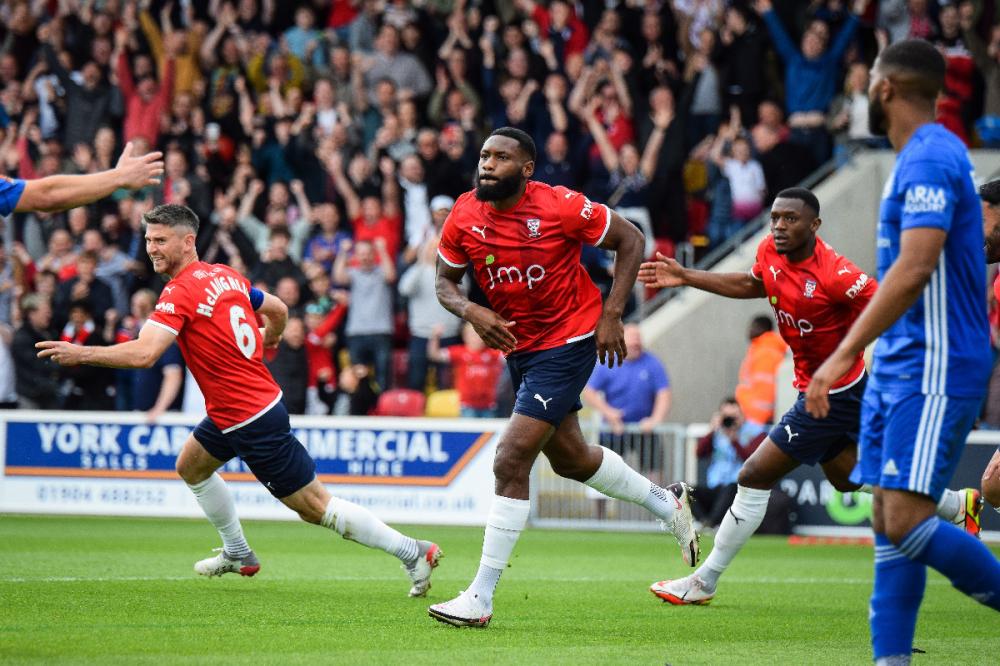 The 33-year-old enjoyed a good end to the 2022/23 campaign, guiding The Minstermen into the playoffs with three goals in three games, before netting 60% of the team's goals in the playoffs.

Arguably John-Lewis' most crucial goal for City was his opener in the promotion final against Boston, breaking the deadlock just five minutes into the game, which ended 2-0 to York.

Only joining the club on loan in February, the forward made a huge impact to the closing of the season, winning promotion with the former National League North outfit, before returning to his parent club Grimsby Town, where they also gained promotion back to the football league.

The Mariners released John-Lewis following the conclusion of the season, and it seemed as if all roads lead back to the LNER Community Stadium for him, where he will play in the 2022/23 campaign.

The striker spoke to the club on signing his new one-year contract.


Lenell John-Lewis' comments:
“I think it was always going to happen but it’s taken longer because I’ve been away but it feels good to be back.

“The club is going in the right direction and after promotion, I wanted to come back and try and progress with the club again.

“For me, I always say that if I play games I will score goals and hopefully more will come. Hopefully, I can hit the ground running again when the season starts but also have a good pre-season first.”
Also by Ryan Brookes...
John Askey Responds To Fans At York City Fans' ForumYork City Ladies To Play At LNER Community StadiumYork City 2-3 Middlesbrough: City Fall Short As Boro Are Victorious"Leeds In Control": Jesse Marsch's Post-Blackpool QuotesLeeds United 4-0 Blackpool: Whites Demolish Tangerines In Pre-season Friendly