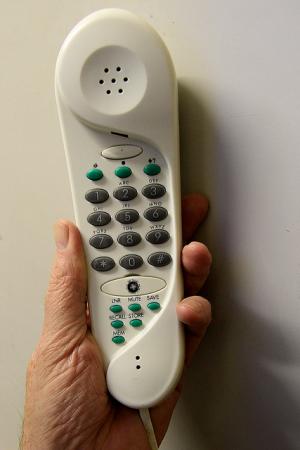 Photo: John Garghan
Dozens of GPs have stopped - or pledged to stop - using rip-off phone numbers just months after they were criticised by a local MP.

In December, John Healey's research showed two thirds of doctors' surgeries in Rotherham and a third of those in Barnsley had 0844 or 0845 numbers - which can cost patients 40p per minute.

Now, in Rotherham, although 23 surgeries still have 084 numbers, 21 have begun taking steps to change their number and should have moved to a geographical rate by the end of June.

In Barnsley the last practice will migrate to a geographical rate this month.

Mr Healey said: "It should not cost patients more to access what should be an open NHS service. Telecoms companies and some GPs have been profiting at the expense of patients, when Government guidelines created by the last Labour Government, but not enforced properly by the Coalition, rule this out.

"When families are finding money is tight and everyone is trying to cut costs no one should be paying over the odds to get in touch with their doctor."

He took the matter up with the Health Secretary and chief executives of Barnsley and Rotherham PCTs. The issue has also been debated in Parliament.

Mr Healey added: "I am pleased at the progress that has been made in Rotherham and Barnsley since I spoke out about this problem, but I want the Government to take action to put a stop to GPs using these expensive numbers once and for all."

The Government looked at the problem of the use of 084 numbers and issued Directions in 2009 and Regulations in 2010 which said patients should not be charged more to call their doctor than to call a local geographical number (01709 in Rotherham and 01226 in Barnsley). This includes the cost of calling surgeries from all mobile phone providers and payphones.

The Department of Health's consultation showed 084 numbers allowed GPs to generate an income through revenue-sharing schemes, where money from callers goes towards the cost of providing the number, including renting equipment.

All NHS bodies and GP surgeries were required to implement the new measures by 1 April 2011 but hundreds of GP surgeries are still not adhering to them.

084 numbers can be cheaper for BT users calling at weekends but in most circumstances, especially if making a call from a Talk Talk or Virgin Media line, they cost patients more. For pay monthly mobile users, geographical rate numbers are included but 'pay as you go' users can pay up to 40p per minute to call a 084 number.