2022 started with a bang for York City as they made it into the FA Trophy last 16 after a victory over Slough Town.

Following multiple postponements, York City were prepared to take to the field for the first time in 2022, 15 days into the new year! It was FA Trophy time for

The Minstermen who had been drawn up against NLS side Slough Town at home. It hadn’t been the easiest journey to reach this stage, as the campaign began when an early goal scraped City past Blyth and then an injury time winner at Matlock put us into the hat for the next round. However, Mark Beck, scorer of both the goals, has since departed the club following the end of his loan spell.

For City, new signing Maxim Kouogun came straight into the team and started as well as Mackenzie Heaney who hadn’t featured in a while. Due to a lack of available players, assistant manager Kingsley James filled in on the bench.

The fog will have definitely played a part in the game but Slough made the better start. Their first chance came in the first minute when Akil Wright had to head it off the line, the second chance came just 4 minutes later when Eitel Goueth was threaded through but couldn't find the finish.

However, after 18 played, City were the ones who found the first goal. Sean Newton whipped in a great cross into Clayton Donaldson. The veteran striker managed to get his head on it and take it past the Slough 'keeper to put The Minstermen 1-0 up. 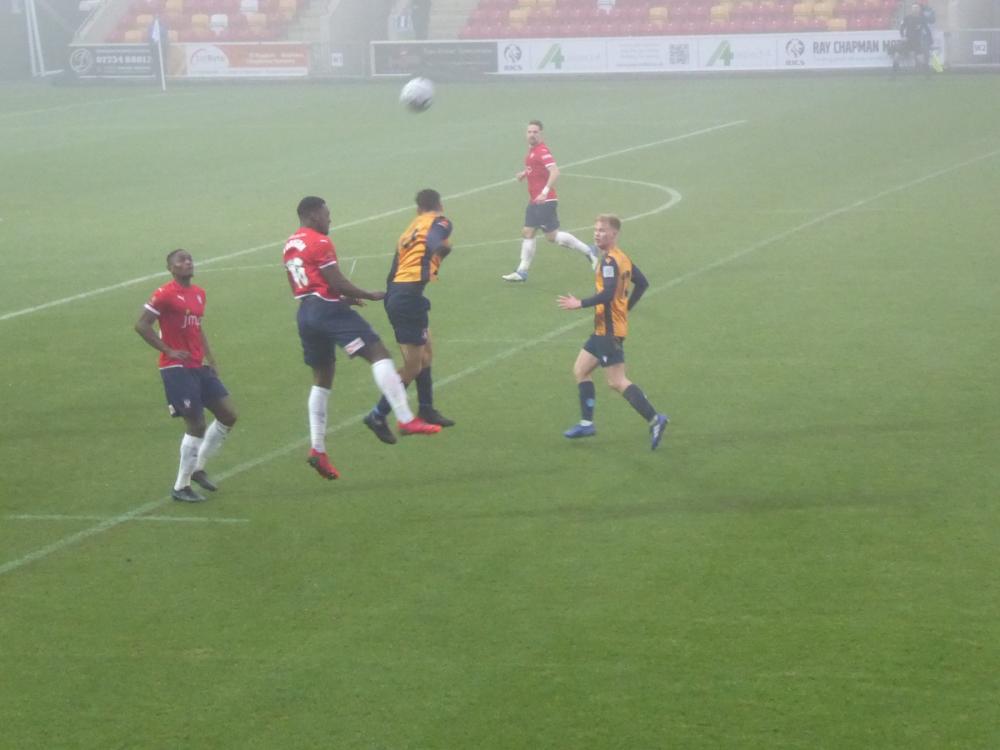 A chance to double the lead came not long after when Paddy McLaughlin couldn't get the ball past Jonathan North in a 1 on 1.

York 'keeper Jameson also came out on top in a 1 on 1 when he denied Alfonso Tesconi with an excellent save.
For some time, it seemed like it was just a battle of the goalkeepers - North was back at it again to tip a Mackenzie Heaney strike away.

York went in the better side at the break and led 1-0 but Slough Town had their fair share of chances too. 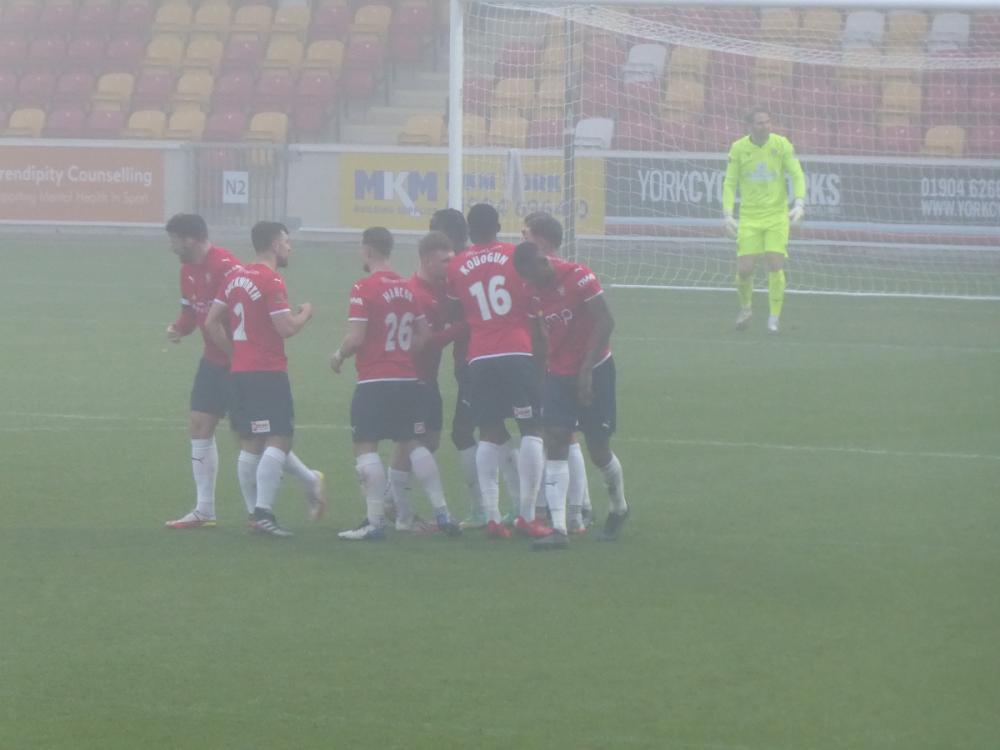 The first real chance of the second half came in the 64th minute and it was the hosts who threatened - Mitch Hancox had a shot from a tight angle but it was smartly saved by North.

After a slightly dull second half, York's Olly Dyson nearly sparked something after being played through but his shot ended up way over the crossbar.

Shortly after Dyson exited the field, his replacement Harrison Hopper almost had City's second goal. Man of the match Mitch Hancox cut the ball back towards him into a great position but Hopper's tame effort was easily collected.

York City held on for the remainder and claimed a third consecutive 1-0 win in the FA Trophy. The result means City progress to the last 16 and the draw for that will be made on Monday. In the meantime, the next game for The Minstermen is next Saturday (22nd January) away at high flying Kidderminster Harriers. 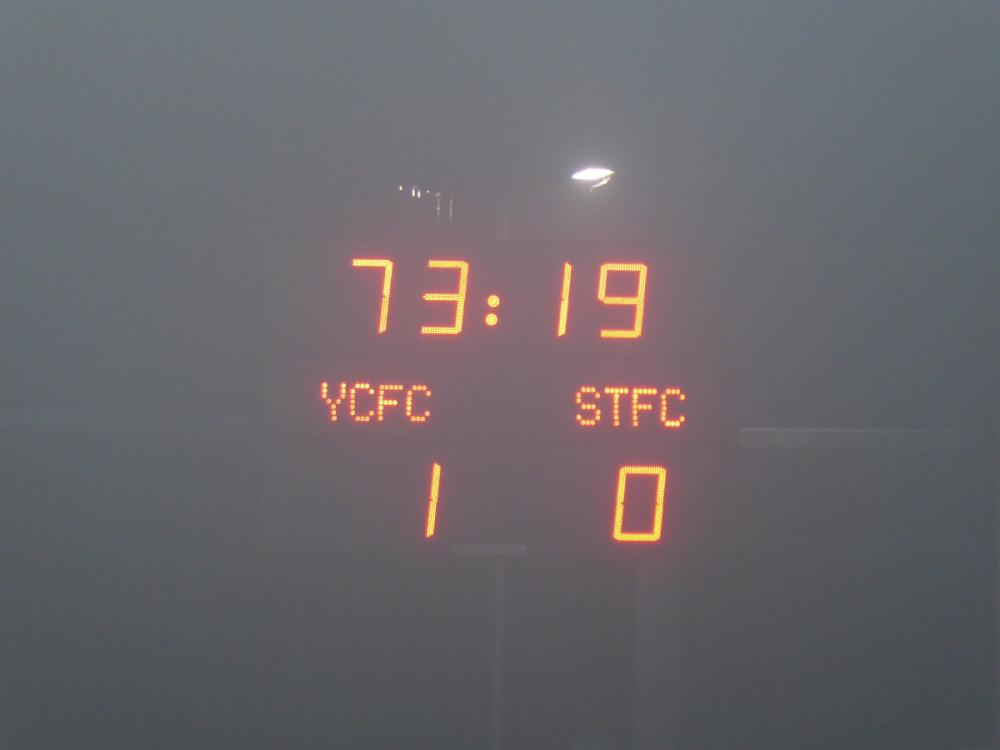