York City’s playoff hopes were yet again dented, as a last minute Gloucester penalty was converted by captain Kevin Dawson. 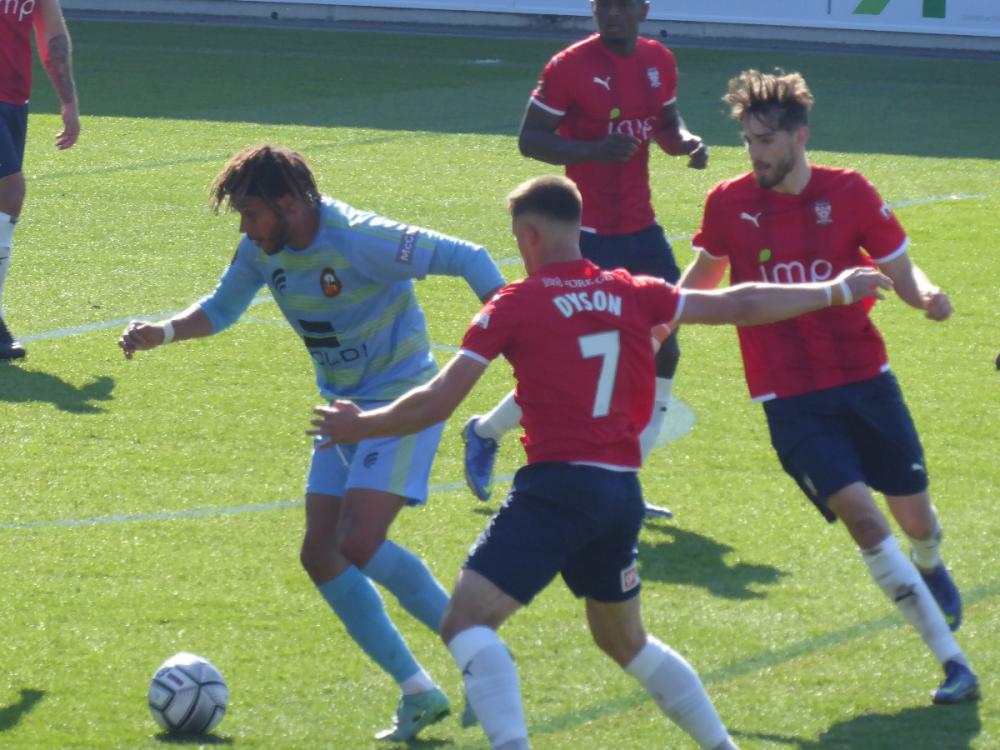 Injury returning Michael Woods looked to have sealed a crucial win for York City, against ten man Gloucester City, who had given The Minstermen an advantage in the first half, with Tom Harrison being dismissed for denying a clear goalscoring opportunity.

However, the playoff dream continues as The Minstermen couldn't hold onto their lead, as Kevin Dawson equalised from the penalty spot in the final minute.

After a third defeat in five knocked City off their playoff spot, they were looking to bounce back with a crucial three-pointer at home to bottom-half side Gloucester City.

Following York City’s 3-0 defeat at Alfreton, manager John Askey made three changes to his side, with defender Sam Sanders coming in to replace an injured Michael Duckworth, while up front, Clayton Donaldson dropped to the bench as Lenell John-Lewis led the line instead.

Gloucester made the better start in front of a bumper crowd of 3,695, receiving a corner in the opening ten seconds, however it was the hosts who almost found themselves in front on 17 minutes.

Some clever trickery from Maziar Kouhyar helped lay the ball off to an unaware Paddy McLaughlin, who’s tame shot was blocked, only as far as John-Lewis, but his goal bound shot was also blocked.

Kouhyar was back on centre stage again, as he broke down the right and fired in a fierce shot, which was smartly saved by Tigers’ ‘keeper Harvey Wiles-Richards.

With 33 minutes gone, Pete Jameson in the York goal was called upon for the first time, as the visitors threatened through Louis Hall, his long range looping shot having to be punched out for a corner by the ‘keeper.

Two minutes later, John-Lewis fought his way through on goal with Gloucester defender Tom Harrison following him in. With the York striker in a great shooting position on the edge of the area, Harrison was almost asking for a red card as he rugby tackled him to the ground, before being deservedly ejected from the match.

Moments later, Jameson did amazingly to somehow deny Matt Green from point-blank range, making himself a saviour to keep the scores level at the break.

A good start to the second half was made by The Minstermen as Mitch Hancox picked up the ball from a free kick, and tried his luck from the edge, but in the end, it was an easy save for Wiles-Richards.

York City’s playoff hopes were yet again dented, as a last minute Gloucester penalty was converted by captain Kevin Dawson.
However, there was a moment of panic for the home side as a ball into the box from Gloucester was almost latched onto, but evaded everyone and out of danger, before a replica opportunity occured down the other end, also resulting in zilch.

With ten minutes remaining, a rather unentertaining second half was brightened up by York City substitute Michael Woods, smashing home after a scramble in the area. The experienced midfielder had entered the field just six minutes earlier after a long spell on the sidelines due to injury, and it was a moment to remember for Woods as he netted, what looked like a crucial winner for The Minstermen.

Looking to seal and confirm the win, in the final five minutes, was another substitute in Clayton Donaldson, who turned his man and tried an effort, which forced a smart save out of the Gloucester ‘keeper.

In the last minute of normal time, The Tigers put an almighty blow in York City’s playoff hopes, as they were awarded a soft penalty after a red shirt was accused of handling it in the box. Captain Kevin Dawson stepped up for the visitors and coolly dispatched his spot-kick, sending Jameson the wrong way.

A glowing opportunity appeared for York’s John-Lewis in the final seconds as the ball fell to him on the edge of the area, but his hopeful effort ended up miles over the crossbar, meaning the two ‘Cities’ had to settle for a point.