Maupassant - Tales Of Day And Night: Folly Satirically Eviscerated By A Master Of The Short Story

Guy de Maupassant
‘All of them were possessed by violent passions, by irresistible impulses, that inspired them with fanatical devotion and drove them to commit, not only the wildest follies, but even crimes’. An elucidatory line from one of the short stories contained within Tales of Day and Night by Henri-René Guy de Maupassant, published in book form in 1885. At the age of twenty, Maupassant (1850-1893) was diagnosed with syphilis, a terminal disease leading to insanity and an ignominious demise. Perhaps we should not be too surprised to see him cast a pessimistic eye upon French society and reflect what he saw in his canon of over three hundred short stories. His merciless tales lampoon his fellow man’s inveterate pursuit of the ridiculous. Folly is his chief target and is given the brunt of his uncompromising scorn. What is surprising is that in doing so, Maupassant eschews hell fire and brimstone for toothy satire and as such, serves up tales as deliciously amusing as they are salutary.

Whilst his short story Boule de Suif (1880), remains his magnum opus, those wishing to enjoy Maupassant could do far worse than curl up with any volume of his burlesque, if bleakly minatory short stories. Within their pages, individual vice is laid bare: petty foibles of mankind richly characterised and subject to punishing, if comedic, ridicule. Gross malfeasance presented for admonishing censure.


Also by Paul Spalding-Mulcock...
Review: Au Revoir, Tristesse: Lessons In Happiness From French Literature By Viv GroskopThe Phone Box At The Edge Of The World – Laura Imai Messina: A Finely Modulated Meditation Upon GriefTurgenev’s Fathers And Sons: Nihilism’s Ineluctable Catalytic Force For ChangeOn The Eve By Turgenev: An Allegorical Love Story And A Plea To A NationContext Or No Context...That Is The Question!
Maupassant’s mother was the sister of Alfred Le Poittevin who had been a close friend of Gustav Flaubert (1821-1880). At age eleven, Maupassant’s parents divorced, sowing the seeds for his lifelong aversion to marriage as an institution and resolute disbelief in fidelity. Upon his return from active service during the Franco-Prussian war in 1867, his mother persuaded Flaubert to act as his surrogate father and so begun the literary apprenticeship that would be the making of Maupassant as a writer. ‘He’s my disciple and I love him like a son’, wrote Flaubert, who went on to introduce his protégé to Emile Zola, Ivan Turgenev, Edmond Goncourt and Henry James.

Maupassant, recognising the creative debt he owed to both Flaubert and Turgenev, dedicated his first published volume of short stories to them. Flaubert would live to see his precocious charge secure overnight literary fame and success with the publication of Boule de Suif, before himself dying later that year. Maupassant went on to write four novels and three hundred short stories all rendering a vividly realistic portrayal of French life from 1870-1890.

Another salient biographical detail is that this soldier, turned naval bureaucrat, turned author with a passionate love of the sea, boats, prostitutes and his iconic moustache, was a founding member of group of writers calling themselves ‘naturalists’. Their aim was to describe life, suffering and exploitation of ordinary people. Literary Realism as associated with Stendhal (1783-1842) in French literature, and Pushkin (1799-1837) in Russian, had attempted to represent familiar things as they are, depicting banality as opposed to the conventions of Romanticism. Naturalism was therefore an extreme variant of its antecedent movement and posited the notion that family, social conditions and environment shaped human character.

Maupassant gained enormous popularity with a contemporary audience hungry for humour, salacious imbroglios and colourful depictions of human nature. Given his Schopenhauerian anthropological pessimism and proclivity for the merciless ridicule of his characters, Maupassant’s popularity rested upon his ability to entertain, despite delivering a withering portrayal of society. Few authors can simultaneously eviscerate human folly yet create a compelling page turner written with éclat.

Maupassant’s appetite for scandalising folly was not unique during his epoch. What distinguishes him from other literary humanists is the abnegation of individual moral fibre and goodness as a panacea for society’s ills. For him, human agency is easily violated and etiolated by moral weakness and societal corruption. Gogol lampooned the immorality of Russian society built upon human folly, his humour masking his own inner torment as he witnessed behaviour inimical to the wellbeing of his beloved nation. He would go mad attempting to present his readers with a remedy. Chekhov maintained his faith in mankind, despite perspicaciously observing ubiquitous moral frailty and societal injustice at every turn. Unlike Maupassant, Chekhov never gave up on his fellow man or as Tolstoy noted, ‘his belief in the dignity of man, however flawed’.

Maupassant’s virtuosity with the short story form is the bedrock of his authorial fame. At the end of the nineteenth century, only Anton Chekhov loomed larger than Maupassant as a powerful influence on the short story form. A. E. Coppard once said that if ever he edited a collection of short stories, ‘it would be an easy job, for half would be by Chekhov and the other half by Maupassant’. Literary theorist Kornelije Kvas wrote that along ‘with Chekhov, Maupassant is the greatest master of the short story in world literature’. If unable to accept that paean, I concede that he is certainly seen by many as the father of the modern short story. Like Chekhov he possessed the ability to focus upon a small group of characters in a meaningful and revealing situation and create ironic tension leading to a powerful denouement.

The consensus amongst erudite literary critics is that Chekhov possessed a more spiritual temperament than his French predecessor. Additionally, at least for myself, Maupassant eschews subtlety for the figurative knockout blow, and his granular fixation upon folly as a construct, together with a penchant for macabre farce, leads me to see him as an entertainer as opposed to an altruistic reformer. For me, whilst his fiction is caustic and clever, it does not encompass Chekhov’s range, psychological profundity, compassion or intellectual complexity.

Structurally, the short story form requires immediate sensory immersion in its microcosmic world. Maupassant achieves this with briefly sketched, but adroit character descriptions such as, ‘she looked old and had a worn, hard, sallow face, with the wooden expression peculiar to women of her class’. ‘As with Chekhov, Maupassant relies upon the reader’s capacity for implied ridicule’ wrote Florence Goyet in The Classic Short Story 1870 -1925. I also agree with Goyet that Maupassant’s protagonists are ‘formulaically discredited and irony deployed’ in order to expeditiously ram home authorial judgement. All of French society gets to take a turn on Maupassant’s stage of folly revelation and to feel the edge of his surgically-sharp literary tools. 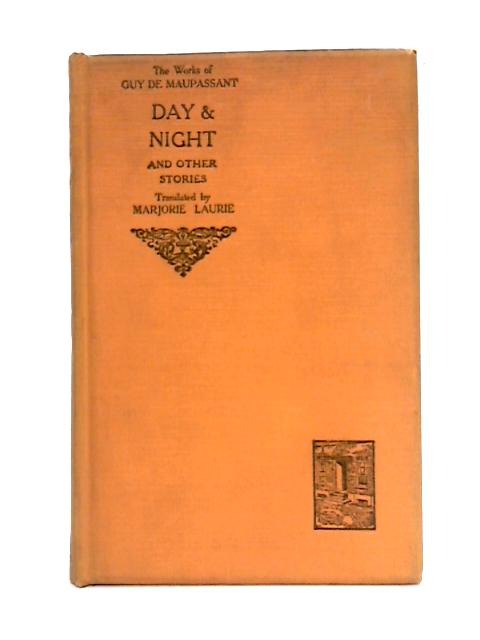 Maupassant juxtaposes the brevity of his characterisation with Turgenev-like poetical descriptions of the worlds he creates. This descriptive prose weights his stories with keenly observed reality. Poetic visualisation instantly suspends our disbelief, amplifying Maupassant’s power to provoke censure of those inhabiting the worlds he creates.

The structural integrity of each story allows Maupassant to fully engage his reader and maintain their avid attention. Each tale is complete, all loose ends assiduously tied off, and its elements functioning as though intricate cogs in a finely engineered, beautifully calibrated machine. His artistry is mostly as invisible as it is potent. He exploits the technique of In Medias Res to literally drop us into the world in which his exposé is set. Allegorical complexity and symbolism sit effortlessly above deceptively simple narratives. This accessibility makes Maupassant an ostensibly delightful easy read, until the reader reflects upon each episode and scrutinises their own moral response. It is this latent potency that lends Maupassant something beyond blunt authorial pugnacity.

Tales of Day and Night orbits a variety of folly-themed hubs, each given treatment in the form of a self-contained episode. Love is characterised as a ‘sentimental fetish’ and an ‘affliction’ catalysing sin, woeful melodrama and even suicide. Prostitution and sex are never far from the centre of authorial focus. The French critic Paul Leautaud called Maupassant a ‘complete erotomaniac’. This autobiographical note perhaps explains the focus we see placed upon priapic folly, the legacy of which is an inevitable trail of broken lives and abject misery. Maupassant characterises Paris as a den of iniquity, luring attractive country maids into prostitution, the ‘ranks of vice’. The remaining cohort of domestic servants are, ‘the refuse of the female sex; we (the aristocracy) get the heavy, unattractive common, misshapen ones, who are too ill-favoured for a career of pleasure’. Men are ‘the carrion’ such women feed upon. I did say he was bleak.

Women in general are not portrayed positively, often characterised as scheming, impressionable or lamentably naïve; society commoditising them in base, aesthetic terms. That said, no one escapes Maupassant’s relentless censure. Societal status, nationalism, money, alcoholism, personal disillusionment, the evils of war and rank selfishness are all seen to be festering within individuals and the society they inhabit. Some critics argue that Maupassant presents these fables as didactic remedies to society’s ills - his judgement upon folly and its consequences a salutary lesson. There may be a vestige of truth in this view. However, for me, given he believed that the disease of individual and societal folly had taken irreversible root and was incurable, echoing his own syphilitic fate, I can’t grant him the status of authorial magnanimity or accept uncompromised altruism as his artistic motive.

Maupassant was as flawed as many of those he censured. For me, that very fact gives his enthusiastic satire its true power. Following Maupassant’s death, his friend Émile Zola touchingly wrote, ‘He was loved because he possessed a laughing goodness; a profound satire which persists even through the years’. The debate concerning artistic value and the moral integrity of the artist themselves continues!

So, even respecting the dangers of decontextualization, the modern reader may perhaps find Maupassant’s inveterate chauvinism, racism and personal hypocrisy a tad troubling. However, as a product of his age, Maupassant is an intoxicatingly accessible author and his short stories are a literary tour de force. Quelle surprise, even pessimism can be wildly entertaining as long as one seasons it with a healthy dose of contextual salt!