McLaren has become the first Formula 1 team to launch its car for the 2021 season, which is set to begin in Bahrain late next month. Broadcast live on the internet and on the Sky Sports F1 channel from the McLaren headquarters in Woking, their MCL35M challenger was revealed.

McLaren is hoping the arrival of Mercedes power will make them even more competitive
The second M at the end of the car’s name relates to the fact that the car is essentially a modified version of last year’s MCL35, as all teams are re-using last year’s chassis before the all new technical regulations arrive for 2022. This year’s car though has had to be significantly adapted to allow for the arrival of a Mercedes power unit in place of the previous Renault one and so the McLaren may well be the most altered offering on the grid this season. The team has high hopes of deriving significant performance benefits from its decision to switch to Mercedes power and, although the iconic outfit named after the famous New Zealander Bruce McLaren was delighted to finish third in last season’s Constructors’ championship behind only Mercedes and Red Bull, it is hoping for even better things this time round. 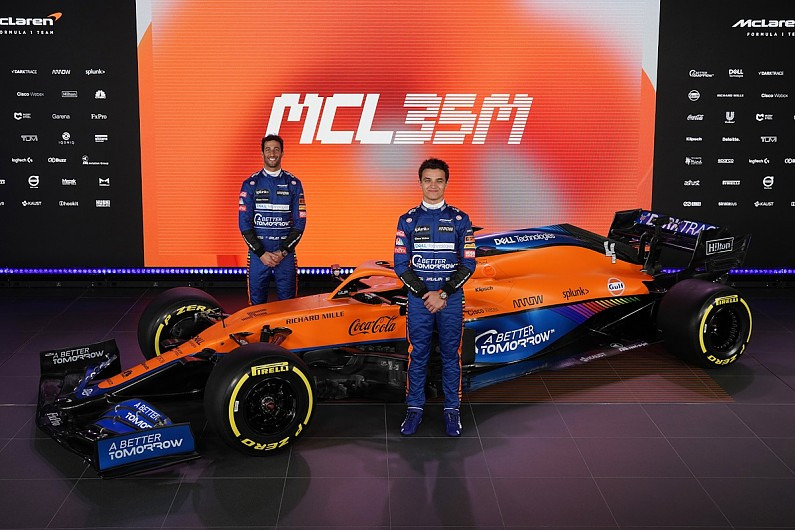 Daniel Ricciardo (left) and Lando Norris (right) can’t wait for the season to start
There’s a change on the driver front too. With the Spaniard Carlos Sainz now departed for Maranello and Ferrari, a deal was done long ago for the Australian Daniel Ricciardo to arrive from Renault. The latter is of course now renamed Alpine and is the team which Fernando Alonso is returning to in place of Ricciardo, even if he is currently recovering from the fractured jaw he suffered last week. I hope you are still with me as we cover this F1 game of musical chairs!

Danny Ric, as he is often known, is a highly likeable 31 year old and he will be partnered by the British driver Lando Norris who is ten years his junior. Ricciardo is much more experienced, but Norris is very talented and has already made his presence felt at world motorsport’s top table. Knowing their characters, they should be a fun pairing off the track as well as on it and Ricciardo is very much hoping that he might be a title contender this season rather than just making up the numbers in the midfield. 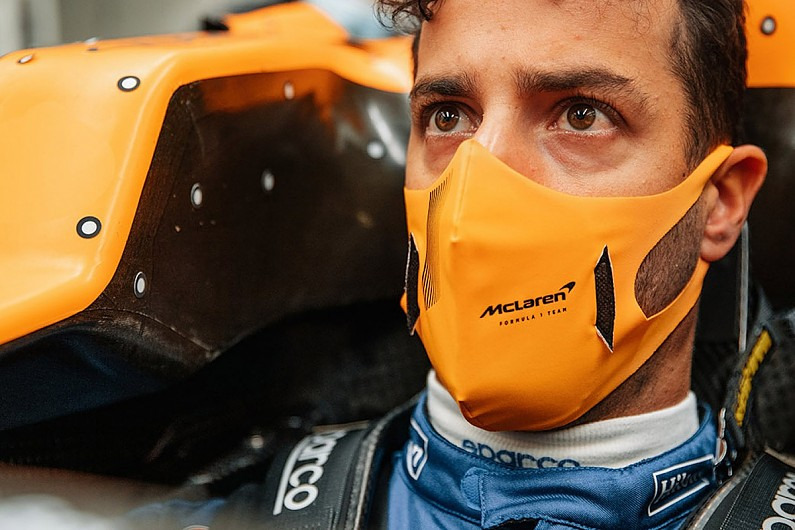 Ricciardo is very much hoping to be a title contender this season
The launch featured plenty of humour and particularly from Ricciardo as they drove onto the set in expensive McLaren road cars, quipping “That’s the best I’ve ever parked!”, whilst adding “I joined the team because I thought their papaya colour would look good on me!” Norris explained how he was so motivated to take the fight to the front of the grid and Ricciardo revealed that he was a big fan of Senna and the team whilst growing up and even bought himself a McLaren road car when still driving for Red Bull and so had to keep very quiet about it.

The new car has already been taken to Silverstone for a filming day on Tuesday, with Ricciardo taking to the wheel first, and the remaining nine teams will be holding their own launches over the coming weeks, starting with the Scuderia AlphaTauri outfit who will be the next one to step into the limelight this Friday.