Morgan Plus Six – An Autumn Tale 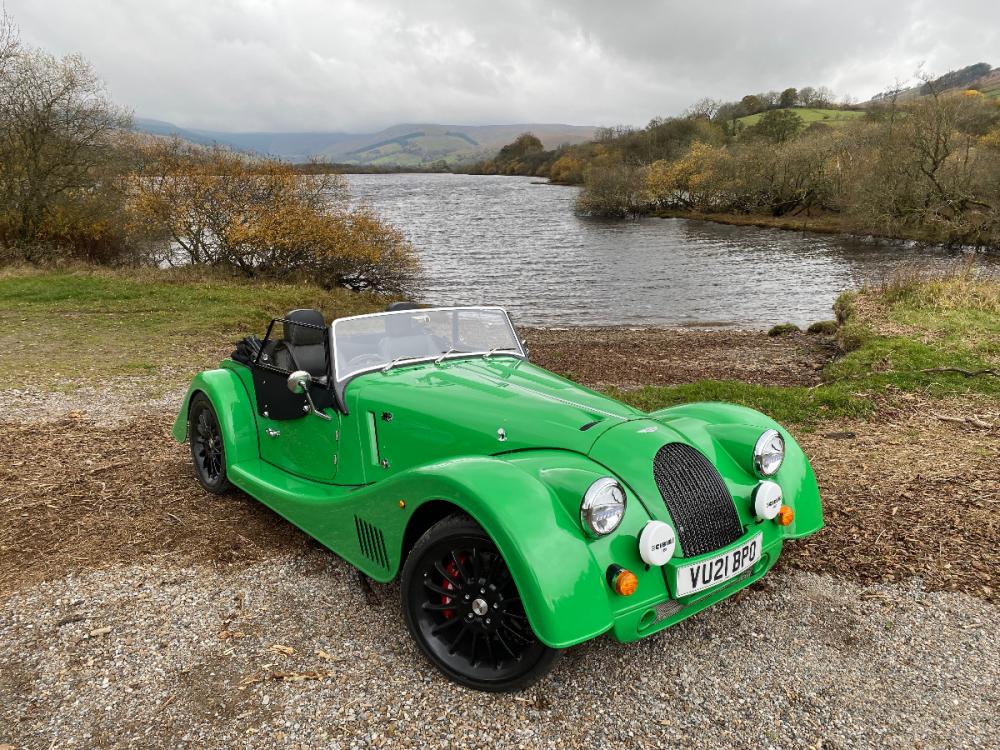 This time last year I was lucky enough to get behind the wheel of my first Morgan and it left quite an impression. I soon overlooked the Plus Four’s foibles and enjoyed a fun-packed, roof-down week behind the wheel.

Sitting on my drive awaiting collection is a rather splendid Plus Six, resplendent in Viper Green. Built on a new generation bonded aluminium platform, said to increase torsional rigidity by around 100% over the previous iteration, yet weighs just 100kg.

The range-topping Plus Six retains the traditional Morgan look, yet the modernisation programme has been extensive, the aim being to broaden the car’s appeal and perhaps attract an affluent younger buyer. 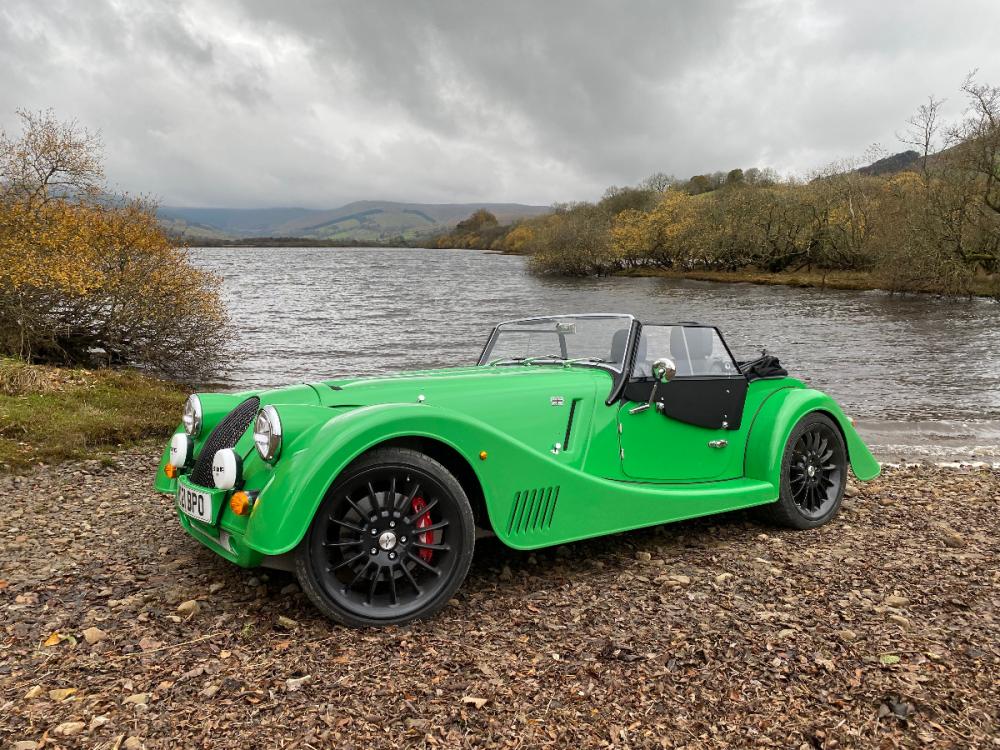 Under the distinctive louvred bonnet sits a powerhouse of an engine, kindly supplied by BMW. The turbocharged six-cylinder lump produces a heady 335bhp and in a car weighing just 1,075kg, the performance on offer is quite astounding. The 0-62mph sprint time of just 4.2 seconds gives some indication of the car’s acceleration and there is a top speed of around 166mph for the very brave.

On the road that performance is made all the more accessible by the BMW 8-speed automatic gearbox, with paddles on the wheel should you feel like exercising some control… and you will!

At all speeds and in all situations, fearsome acceleration is just the merest prod of the right foot away and care needs to be exercised even on dry roads, never mind in the wet. There are no safety aids to save you should it all go wrong. It undoubtedly focuses the mind and is the complete antithesis of most modern cars. 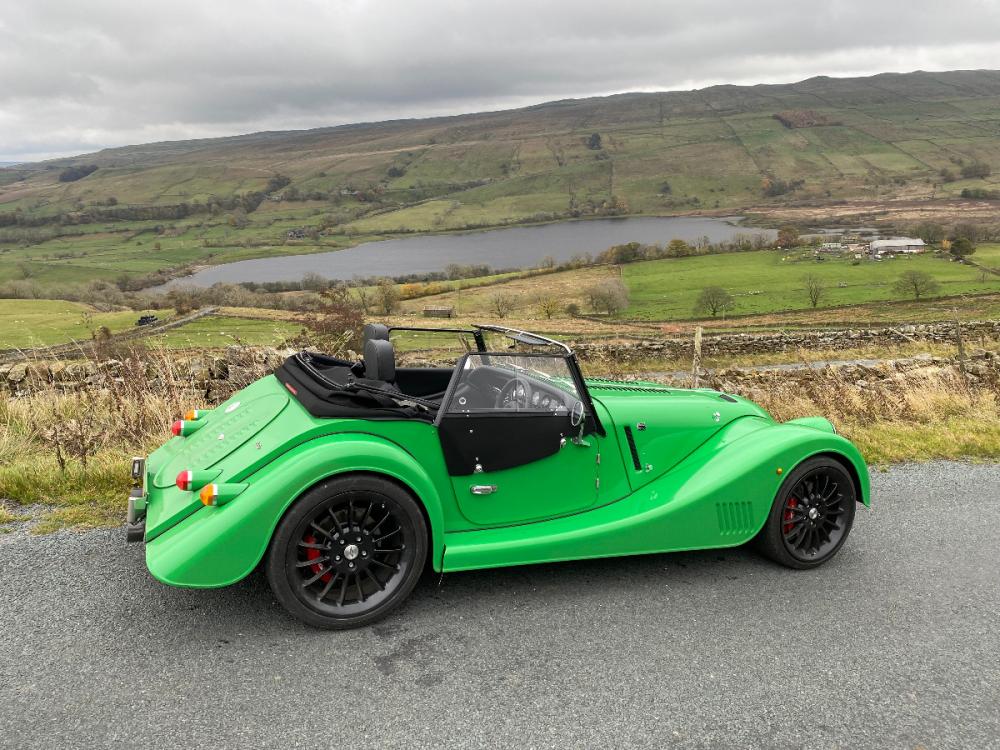 Should these things interest, Morgan quotes 34mpg for the combined cycle and driven gently at motorway speeds this is quite credible. Use the performance and this is likely to drop by at least 10mpg and with a small fuel tank, pit stops become a regular event.

My test car came laden with options, one of which is the Active Sports Exhaust. With the prod of a button, the bypass valves open and a delightful cacophony of pops, bangs and crackles ensues.

The Plus Six’s interior is snug, but the new Comfort Plus seats at least meant that I fitted, just. There is adjustment to the side bolster too. Air conditioning is fitted, unnecessary I would have thought, and I would gladly have exchanged this for a more powerful heater. A warm left hand and knee is not really good enough. The heated seats on the other hand quietly cook your derriere, which I quite liked.

USB ports are fitted as well as Bluetooth, so you can play your music through the car’s fitted speakers. Once above city speeds, the wind, engine, and road noise combine to drown out the sound. 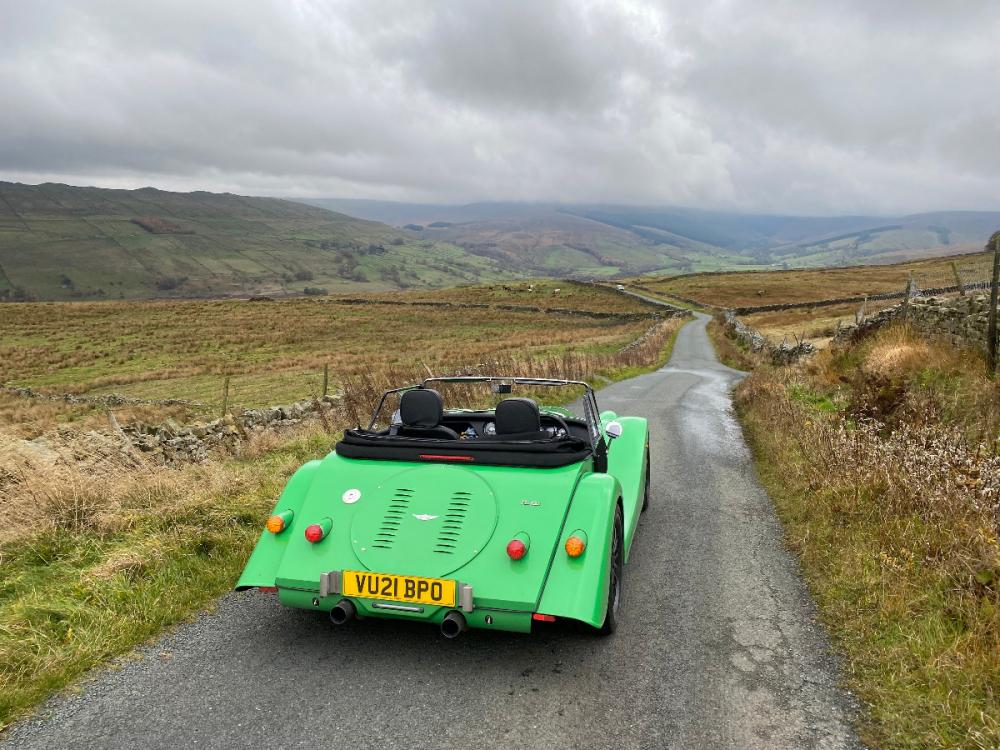 I took a couple of days off and headed to the Northeast for a mini break and rather than plod up the A1 I selected a rather excellent cross-country route which took in some of my favourite driving roads both in Yorkshire, Weardale and Northumberland.

Roof down, woolly hat on, the four-hour drive was enthralling. The Plus Six was not only blisteringly quick in a straight line, but it also cornered as though on rails with an almost complete absence of body roll. Super quick and direct steering were the icing on the cake, and I arrived at journey’s end, tired by exhilarated. Oh, and a bit windswept…

Luggage space was tight but travelling alone I was able to use the passenger floor space to extend the rather modest storage area behind the front seats. A luggage rack would be an essential option if touring two up.

Morgan has put some of its energy into softening the ride and although still on the firm side, at no time was it uncomfortable. You are always aware of what is going on under the wheels and that just adds to the experience.

All too soon it was time to head home, and I wasn’t relishing the A1 slog on what was a wet and windy evening. Roof up travel for the first time and although the soft top is now easier to erect than before, it does create a hell of a racket at motorway speeds, the crosswinds seemingly finding their way into the cabin. 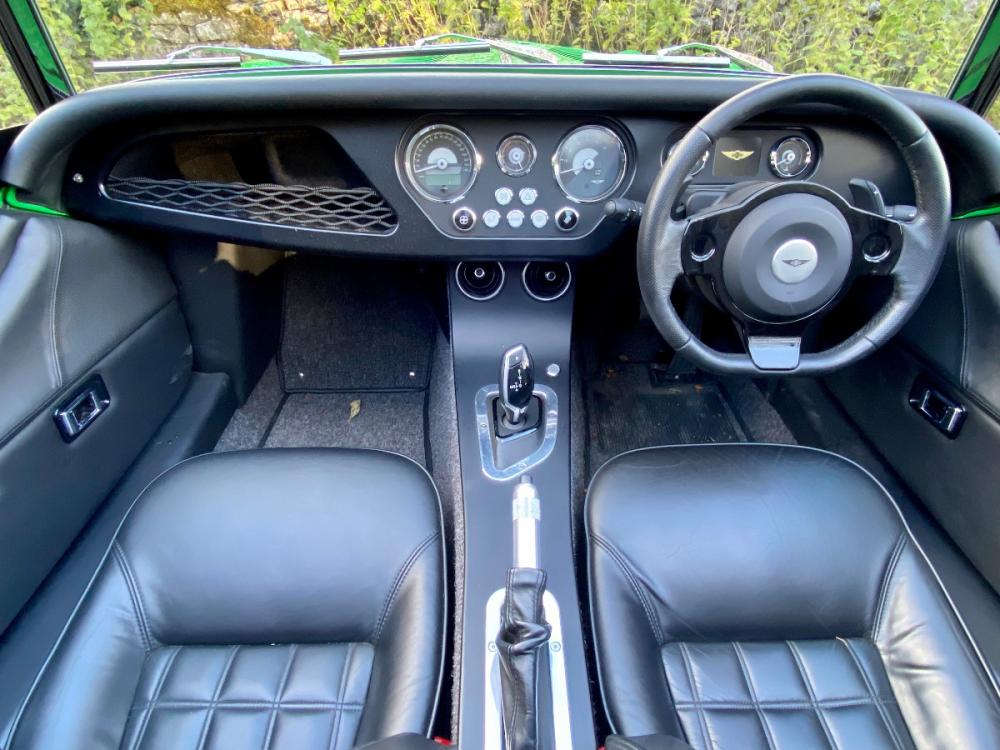 I had rather optimistically put some music on, and I am not sure I heard any of it until the slow crawl through roadworks around Newcastle’s western bypass.

I stopped at Scotch Corner services, glad to escape the noise and must confess to being somewhat shaken and just a little stirred.

After a dose of caffeine to keep me awake, I set forth on the hour’s drive through the Dales with renewed vigour. Rain meant the roof stayed up, which was a shame but the drive was enjoyable, nonetheless.

I was however glad to reach home and must confess to being a tad achy and somewhat fatigued. Long journeys are clearly not the Morgan’s forte.

The rest of my time with the car was spent ‘pottering’ about locally, attracting admiring glances wherever I roamed. Parked up, I usually returned to find someone giving the car the once over and all seemed to approve, if baulking somewhat at the price.

An optional hardtop is now available which will doubtless make the car a better all-year round proposition and at around £870 it seems reasonable value.

Does Morgan ownership appeal to me? Absolutely, though I would be quite content with a Plus Four, available with manual gears for the full driving experience. It is plenty quick enough too. 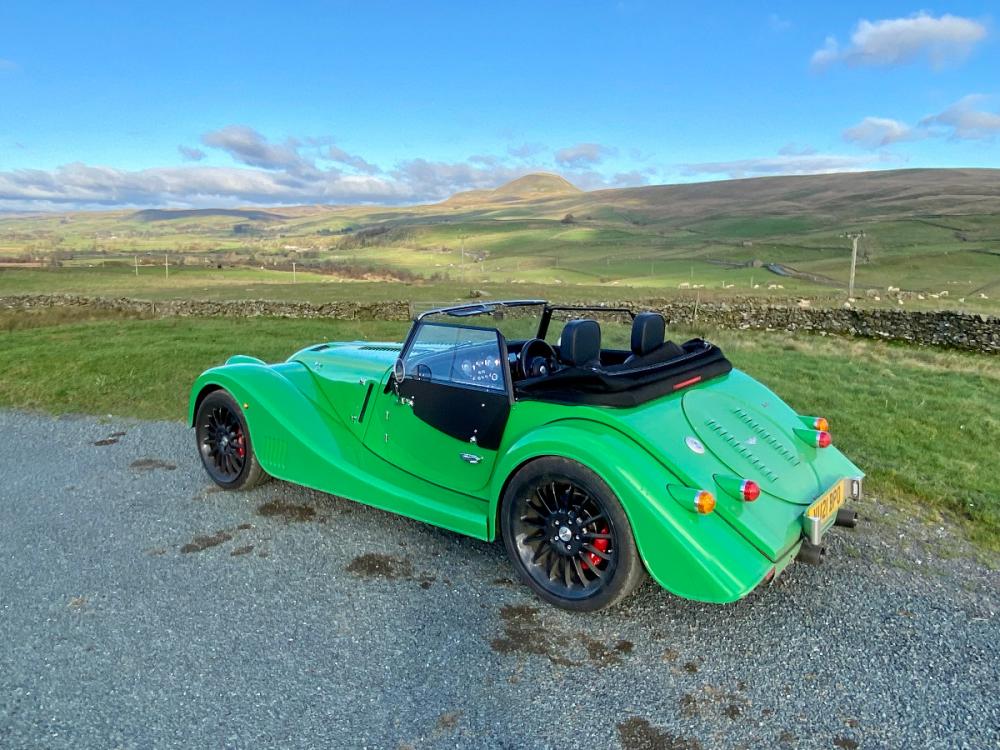 So, if you fancy some good old-fashioned driving pleasure, pop down to your nearest Morgan dealer and take a drive on the wild side. You will be glad you did.