Musing Upon L'Autre: An Insidious (De)Foe 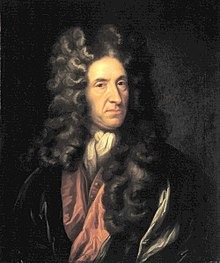 Daniel Defoe
Recently, my thoughts have turned to l’autre. Having read Sarah Bakewell’s superb At The Existentialist Café (2016) and found it to be both accessible and scintillatingly entertaining, existentialism was on my mind. Or was my mind on existentialism? Either way, Bakewell had introduced me to a riveting cornucopia of philosophical luminaries from Jean Paul Sartre to Albert Camus and most rewardingly to Simone de Beauvoir. I had read works by all, but never become intimately acquainted with any of these giants of literature. Unlike most non-fiction didactic works, Bakewell infuses hers with verve, warmth and a convivial personality. Abstract intellectual constructs gain solidity by dint of being addressed through the prism of their originator’s personalities. It’s a book that talks to you, rather than being something you consult, and it is a delight.

As a philosophical concept, l’autre and its associative prescripts began to permeate my consciousness. I began to see its presence not as a ubiquitous entity inveigling itself into anything I read, but certainly as a phantasmagorical spectre haunting much of the literature I found myself encountering. I discovered it recently in Gaston Leroux’s The Phantom of The Opera (1910) and again in H.G. Wells’s The Invisible Man (1897). I was on my guard against the contrived sin of extrapolation, yet the motif appeared to possess an adamantine will to be recognised.

On March 23rd of this year, my response to events was to hunt down a copy of Daniel Defoe’s Robinson Crusoe (1719). A hardback volume of exquisite beauty picked up from a local second hand book shop for pennies. My thinking ran along the lines of, if Defoe’s character could survive for twenty-eight years on a remote desert island, I might glean a few insights with regard to my own encounter with isolation. The Bakewell had been returned to the bookshelves and Defoe took centre stage. I did find l’autre within its mottled pages.

Crusoe’s sententious, yet brazenly honest ramblings, did suggest a man desperately wrestling with his identity and meaning. Cast adrift from the society he knew by capricious fate and predilection for self-sabotage, Crusoe had become an object of untethered ruminations. His subjective identity defined not by himself, but by his response to external events and the omniscient judgement of the God he learned to embrace. He had become l’autre and treated those he met, to varying degrees, similarly.

The book shocked me. Riddled with deeply unpalatable attitudes towards others, it glibly skipped across iniquitous societal constructs with a casual ignorance of the evil inherent within these beliefs. Colonialism, imperialism, racism, sexism and ethnocentricity saturate the pages, making the journey through this journalistic novel at times uncomfortable and occasionally profoundly disturbing. Crusoe’s easy racism is perhaps the most vile aspect of the novel. Whilst I admired Crusoe’s inventive resilience and sheer pluck as he developed from victim to faux-regal, self-sufficient denizen, I found his inveterate inhumanity, both callous and repulsive. He was of course a figure of his times. A fictional representation of an epoch long since passed.

Rather than evil incarnate, he was more a product of inculcation. The prevailing attitudes and values of the “civilised” world which created him, shone through him as the light of a candle illuminates a lantern. It followed a priori, that Crusoe was an atypical, if psychologically flawed, educated man of his times simply exhibiting the attitudes informing the paradigm of his time. I could not and do not forgive his foul and inhuman objectification of those he was happy to exploit or dominate, however I did arrive at something like an understanding of it. Understanding is not grounds for clemency or a reason to absolve immoral inhumanity. Understanding is simply a means of addressing a problem, or at least, the vehicle by which we include rather than exclude.
Crusoe did occasion my moral censure, however I reserve my most acerbic scorn for the society that birthed him. For clarity, I’m not affording him a pardon based upon diminished responsibility; I’m finding him guilty, but also looking for the causes of the crimes he so casually committed.


Also by Paul Spalding-Mulcock...
‘Why Endure My Own Dehumanization?’: Assembly By Natasha Brown'Hurt People, Hurt People...': An Ordinary Wonder By Buki PapillonAmericana Meets Aesopica : Fox 8 By George SaundersGothic MusingsInterview With Victoria Princewill
Recent deeply tragic events in America have catalysed highly emotive responses and rightly so. With the above in mind, perhaps we are witnessing a perfect storm. The invidious and fundamentally destructive power of assigning individuals the label of l’autre being one force. Perhaps a society permeated with the non values of inequality and self-preservation is another truly malevolent force. A society and its behaviour reflects the values integral to its identity. Should those values be inimical to the wellbeing of all its members, but acceptable to those in a position of ideological and economic dominance, individuals will act with both impunity and moral turpitude. Just as Crusoe’s societal values polluted his consciousness, perhaps it’s possible to see our own global society suffering from much the same malaise.

I have an intellectual sympathy towards those wishing to consign the statues of those we now consider villainous and venal to museums or watery graves. Redolent of values as incongruous as they are immoral, such monuments to cupidity at the expense of humanity, do not belong on a glorifying plinth. They perhaps belong in a museum as a record of Mankind’s failure to be worthy of that second syllable. I also believe that tossing certain books into burning fires of righteous indignation would be unhelpful. Venerating an author as a consequence of them having written a masterpiece is not synonymous with agreeing with their views or values. Indeed, books are an indispensable record of how mankind has approached reality and responded to it during a particular epoch. These literary markers illustrate the ethics of the past and in so doing, provide invaluable shocks, thereby precipitating societal satori.

So, I’m glad to have met Crusoe. I will not label him as l’autre. I will label him as deeply flawed, but human. I cannot forgive him or his society’s vile indifference to the rights of all mankind and neither will I pardon him for his arrogant belief in his own moral supremacy. Surely, Crusoe is a lesson to us all. If our society is morally deficient, then we all inevitably and tragically become l’autre. Justice does of course require judgement and it must be served. The sine qua non of societal harmony, though, is compassion, not for one but for all. So finding l’autre everywhere is perhaps the biggest danger of them all.