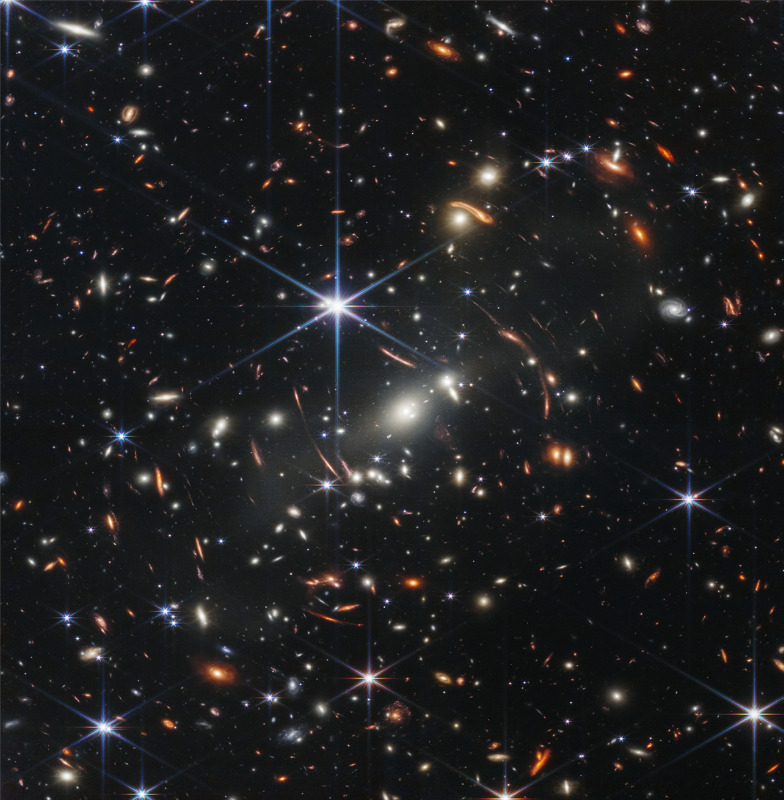 Webb’s fiirst Deep Field image is of a galaxy cluster called SMACS 0723. Image credit: NASA, ESA, CSA, and STScI
NASA’s James Webb Space Telescope (JWST), the biggest, most powerful, most expensive space telescope ever built has arrived at its place of work a million miles from Earth, and it's working like a charm. This week the telescope's first images were made public - and they do not disappoint. They are visually stunning and deliver the deepest and sharpest images of the distant universe to date.

An image of a galaxy cluster, with the uninspiring name of SMACS 0723, is one of the first to be released. What we see in the picture is the cluster as it was 4.6 billion years ago - because it takes light (despite travelling a 7000 million miles per hour) all that time to reach us.

The image also shows many closer galaxies and, quite remarkably, a significant number of galaxies further away. Astronomers are essentially grown-up school boys and girls. They are using the SMACS 0723 galaxy cluster as a staggeringly large version of a magnifying glass a school child would use to study a bug.

Light passing through a magnifying glass is bent, making the bug look bigger. Similarly light bends around SMACS 0723 allowing us to see what's behind. Objects revealed this way are much further away and the light coming from them started its long journey to us very soon after the Universe was formed, allowing us to look at the creation of everything we know.

To the observer the whole of SMACS 0723 is approximately the same size as a grain of sand held at arm’s length and so represents a minute fraction of the observable universe. Nonetheless there's an awful lot to see in just this one picture and will power scientific research for many years to come.

Make no mistake, the JWST will transform our understanding of the universe and all the physical processes that make it what it is. And for those who doubt the value of space science, those understandings will also impact everyday life here on earth. The very fact you are reading this on a phone/laptop/computer and clearly haven't died of Covid are just two examples of the importance of research with significant inputs from space science. Despite its $10 billion cost, the JWST seems likely pay for itself well before its replacement comes along.
Also by Richard Trinder...
Energy Is EverythingUkulele Orchestra Of Great Britain Strikes A ChordMikron Theatre's Wild And Wonderful World Of WeatherJames Webb Telescope Marks A New Dawn For HumanityCOPulation!