Highways England has unveiled details of £27.4 billion plans for investment in the strategic road network which connects the country. 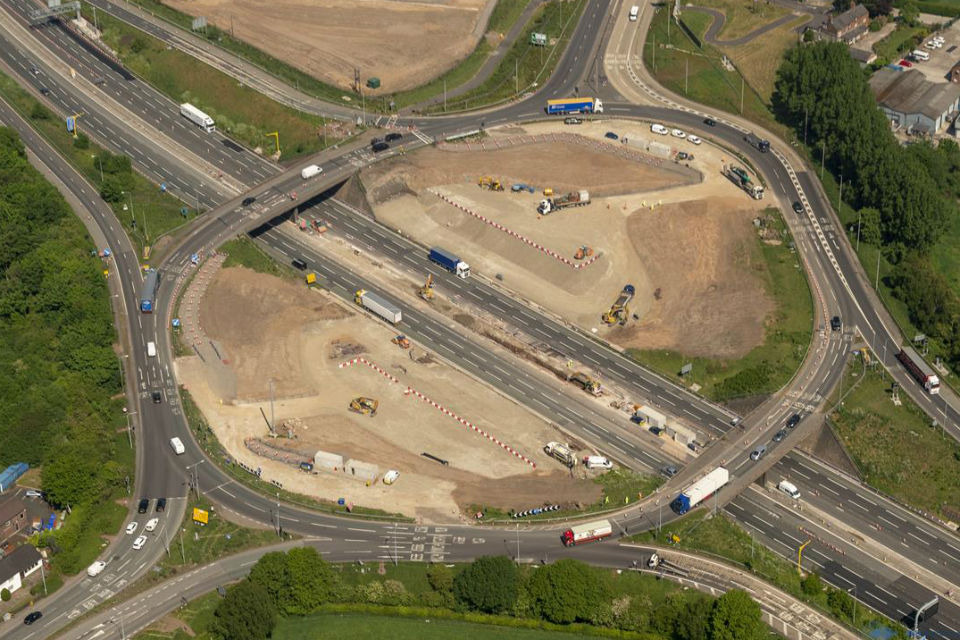 A £43 million project to transform a key roundabout at junction 19 of the M6 near Knutsford in Cheshire is already underway and will be completed next year (aerial photo above © Copyright 360photosurvey.com 2020 all rights reserved) 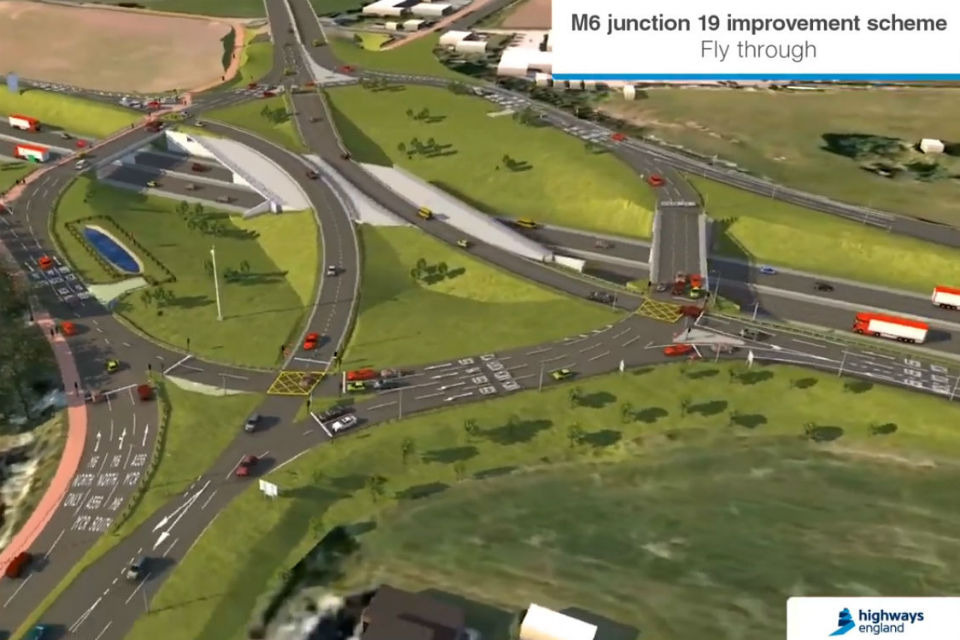 The company will deliver £14 billion of projects - supporting 64,000 jobs and increasing the quality, capacity and safety of the motorways and major A roads that have helped keep the country going during Covid-19 pandemic.

Almost £11 billion will go into improving every day journeys by repairing and replacing parts of the network, largely built in the 1960s and 1970s.

In a boost to the nation’s recovery, Highways England said its plans would help support 64,000 construction industry jobs.

“Our network is a vital part of everyone’s life. It has served the country well during the pandemic, keeping supermarket shelves stocked and enabling key workers to get where they need to be.

“Over the next five years we will increase capacity where it is most needed and continue to upgrade more of the network which has suffered from decades of under-investment.

“We now have a strong track record of delivering new schemes and operating the network for the benefit of our customers and the communities we serve, and the plan we’re launching today will protect and create jobs to aid the nation’s recovery, and make journeys faster and more reliable for freight and road users.”

Over the past five years Highways England has  completed 36 major improvement schemes, including opening four in the North West, including adding additional capacity on the M6 in Cheshire and the M60 and M62 in Greater Manchester. Around 20 of these national projects were opened ahead of schedule.

It has completed 160 cycling improvements, reduced flooding at 260 locations, reduced noise at more than 1,170 locations and improved air quality at 101, and its road improvements have helped unlock the building of 44,000 houses and the creation of 45,000 jobs.

These plans set out how it will deliver the Government’s Road Investment Strategy announced by the Transport Secretary Grant Shapps. The company will:

Open more than 50 upgrades and save millions of hours by improving journey times
Invest almost £1bn on broader projects to improve our roads for the communities they serve such as conserving cultural heritage or strengthening flood resilience, and improving access for walkers, cyclists and horse riders
Make 7,500 households quieter by tackling noise from roads
Help stop the loss of biodiversity by improving the diversity of plants along the verge
Develop a pipeline of around 30 schemes for potential construction post 2025.

And it will deliver a series of major upgrades, including nine in the North West, such as improving access to the Port of Liverpool and improving Simister Island Interchange between the M62, M60 and M66. All of which will support economic growth, improve road safety, tackle congestion and improve access and connections for communities.

Four of these major upgrades will be completed during this roads period including the A585 Windy Harbour to Skippool scheme which improved the reliability and safety of the route into Fleetwood and the surrounding areas. And the M6 junction 19 improvement which will allow this busy junction currently used by around 65,000 vehicles each day to meet the expected future increase in traffic.

Five further North West schemes will open beyond this period and including the flagship A66 dualling project which will transform this trans-Pennine route providing quicker, safer and more reliable journey for thousands of drivers. This will create the first new trans-Pennine dual carriageway since the M62 opened in 1971, improving connections between ports in Scotland and Northern Ireland and those in England at Hull and Felixstowe, as well as enhancing the route for local communities.

In addition to these major schemes, Highways England will continue to maintain the North West road network to a high standard, ensuring it remains part of one of the safest road networks in the world.

For example, across the region major maintenance, safety and renewal projects have included improving the capacity at Norcross roundabout near Blackpool, carrying out safety measures at Switch Island in Sefton and widening at the A595/A66 Fitz and Great Clifton approaches to enhance resilience. These will make journeys safer, smoother and more reliable.

As much of the network was built over 60 years ago and needs renewing, over the next five years the company will:

Renew more than 170 bridges and other structures.
Resurface nearly 5,000 lane miles of road, with over 224 lane miles resurfaced in the North West this year.
Install or renew more than 1,000 miles of safety barriers on motorways and dual carriageways, including installing 23 miles of barrier in the North West this year.
Invest £300-400 million replacing ageing concrete sections on the M56, M54, M18, A14, M5, M20, and M4.

It is laying the foundations for connected vehicles, digital traffic management and enabling two-way communications between roadside infrastructure and in-car devices that will revolutionise inter-modal transportation and personal and commercial mobility.