An array of outstanding performances ensured ParalympicsGB were more competitive in more sports than ever before at Beijing 2022.

A succession of memorable results saw the British team continue to build on the progress of recent Winter Games, winning six medals including some landmark successes and a host of top five finishes.
Our most competitive squad

The team’s youngest athlete, Neil Simpson, 19, guided by his brother Andrew, became the first British men to win a gold medal on snow with victory in the Super G and quickly followed that up with bronze in the Super Combined.

Menna Fitzpatrick, competing at these Games with guide Gary Smith, became the most decorated British Winter Paralympian in history with six medals in total after winning silver in the Super G and bronze in the Super Combined to add to the four she won at PyeongChang 2018.

Millie Knight and Brett Wild won ParalympicsGB’s first medal of Beijing 2022, and now have four in total, with bronze in the Downhill on day one of competition.

Ollie Hill secured ParalympicsGB’s first ever Para snowboard medal with a bronze in the banked slalom.

“This is the most competitive squad we have ever taken to a Paralympic Winter Games and is testament to all the hard work, excellence and incredible resilience of the athletes and the support staff that I have the privilege to work with and call teammates.

“We couldn’t have achieved this success without the support of UK Sport and National Lottery players and I would like to thank them for helping make so many sporting dreams come true to unite and inspire the nation once again.”

Katherine Grainger, Chair of UK Sport, said: “ParalympicsGB are once again returning with an impressive set of medals and Beijing marks the third successive winter Games that a British athlete has reached the top of the podium. That’s a positive sign of developing consistency and helps our wider aim for winter sports to become an ever-greater force in British sport.

“We are thankful for the role of Government and The National Lottery continue to play in providing the financial support that enables athletes to pursue their dreams. Following the excitement and inspiration of these Winter Games we are optimistic for the future for winter sports and are committed to making them ever more relevant and accessible as we now look towards Milan-Cortina in 2026.” 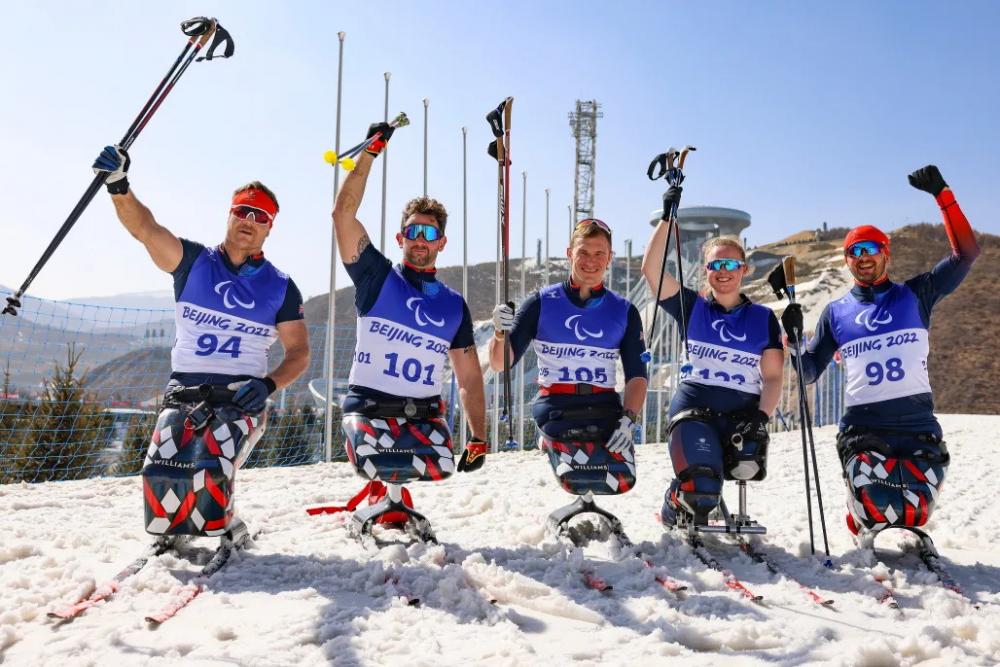 Together at last: the five members of the Para Nordic ski squad
But the medal success tells only half the story of the progress achieved in a range of Winter disciplines. There have been 13 top five finishes (including medals) at Beijing 2022 which is the most ever by a ParalympicsGB team at a Winter Games. 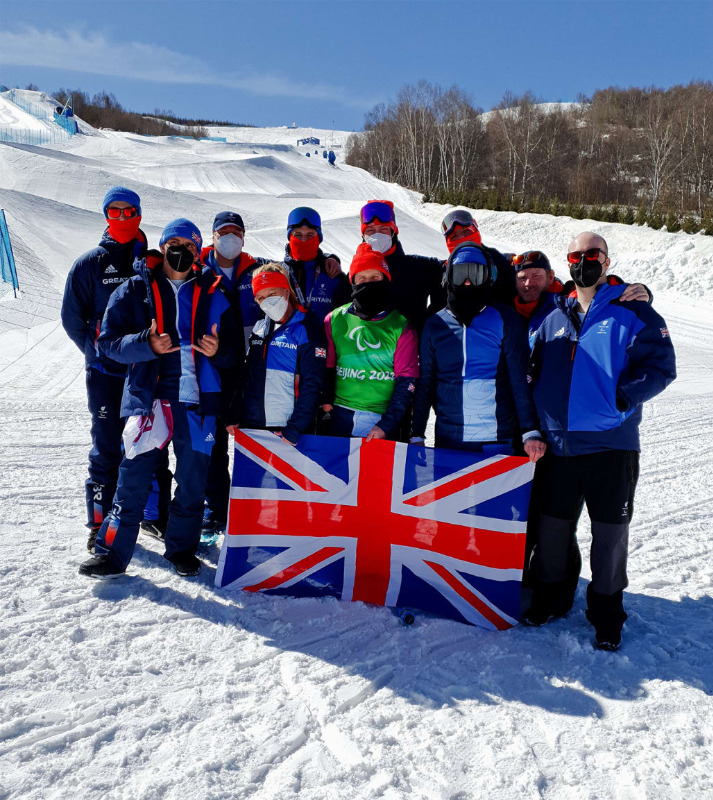 There was also a highest finish at his third Paralympic Games for James Whitley with sixth in the Giant Slalom, while the Wheelchair Curling team had some notable victories including an 10-6 success against the USA who finished fifth in the competition. 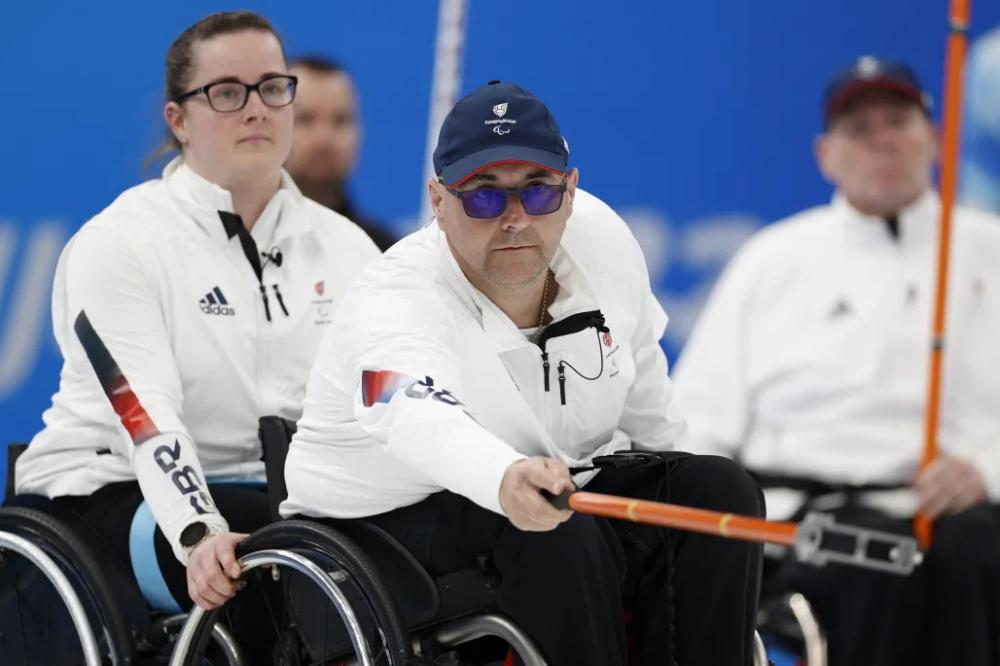 Gregor Ewan in the house