Poem Of The Week: Incoming By Jonathan Humble 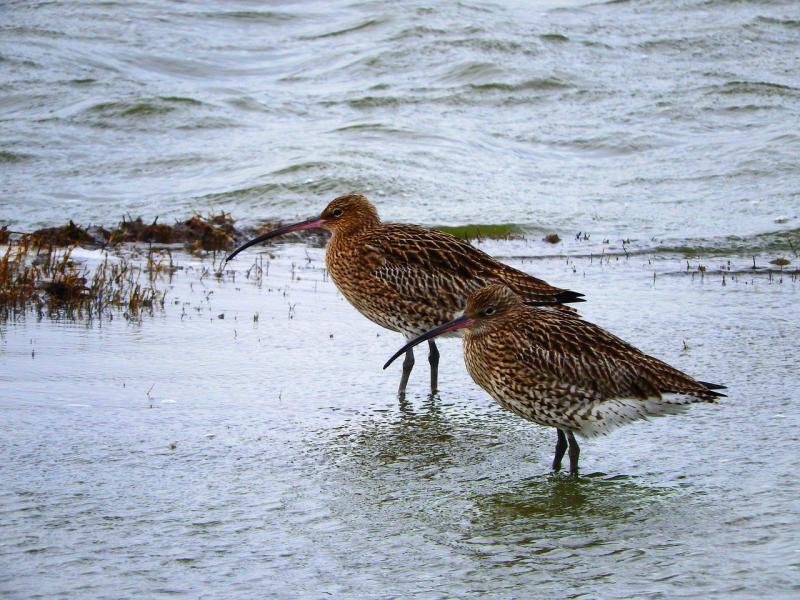 Curlews. Photo by Burkhard Lüling
Incoming. A missile, maybe; an approaching Exocet, or a Super Étendard flashing wildly out of the sun over San Carlos water.

There is an observational precision to Jonathan Humble’s neatly-drawn series of couplets which mimics cold military science; the poetics of the contingent and the concrete, the expedience and the murderous nemesis. But Humble’s tone is counter-intuitive - it belies a sense of awe, and of real love of subject.

I am not your enemy dear messenger,
but still your intent feels murderous.

And though your reckless, adrenaline
fuelled passes and dopplered cries

have sent these old instincts into full
flight mode, my head disappearing

into my shoulders, my fifty year old
body separated from my bicycle to lie

expediently on this damp grassy bank,
I cannot help but admire your bravery

and the skill with which you missed my
skull by inches. How were you to know,

my crescent beaked nemesis, that I am,
in fact, a fully paid up member of the

RSPB and have no designs on the eggs
you’ve hidden, but am, instead,

mother-in-law, who, as well as liking
sea food, agrees with me that

A continuous thread of argument is committed to the delicate silence attendant upon a bird in alarmed flight. For this is a silent poem; Humble’s use of enjambment – the on-running of an idea beyond the ends of lines – enables a free-flow of thought which resolves into a lyricism of accommodation.

Also by Steve Whitaker...
Poem Of The Week: 'Funeral Flowers' By Jill PennyBombs & Bananas: The Last Dinosaur In Doncaster By Sarah WimbushSurfacing After Rain: The Book Of The Earthworm By Sally CoulthardPoem Of The Week: 'Instead Of A Journey' By Michael Hamburger (1924-2007)The Music Of What Happened: Corona Ceoil - An Anthology By Leeds Irish Health & Homes
The ‘buzzing’ of the bird, the exercising of an ancestral defence mechanism, is instinct at its most raw. And the leavening of the final lines into a gentle emollient confers the respect of mutually-observed distance.

A hymn to an endangered species, ‘Incoming’ yields a commitment to conservation in the form of a celebration.

Jonathan Humble is a poet and teacher. He lives in Cumbria.