Poem Of The Week: ‘This Moment’ By Eavan Boland 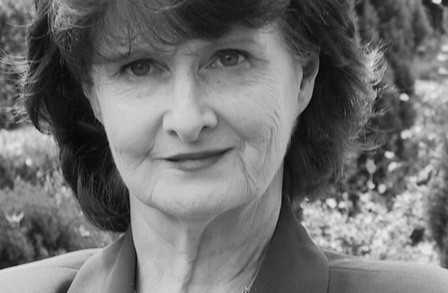 Eavan Boland
Those of us who read poetry commonly proceed in search of meaning. Our instinct is to get a feel for the wholeness of a poem; to size it up, to tickle and cajole it until it yields to definition like a giddy child to laughter.

A poem that doesn’t give up an immediately manageable story may seem wilfully obscure, deliberately secretive, or bloody awkward, like a French philosopher.

Sometimes it is easier to approach a poem as though we were a clean, empty train trundling towards a station: to look at the colour on the teeming platform, to listen to the cacophony, smell the coffee, and forget the destination.

A neighbourhood.
At dusk.

Things are getting ready
to happen
out of sight.

Stars and moths.
And rinds slanting around fruit.

One tree is black.
One window is yellow as butter.

A woman leans down to catch a child
who has run into her arms
this moment.


Irish poet Eavan Boland’s wonderful ‘This Moment’ encourages anything except an impulse to build meaning. Instead, we walk with her narrator through an evening’s landscape, a twilight whose sensory accretions foreground no more and no less than the poem’s title signifies, so that we are caught in the beauty of a living moment.


Also by Steve Whitaker...
Poem Of The Week: 'The Marriage' By Anne StevensonReview: The Mating Habits Of Stags By Ray RobinsonPoem Of The Week: 'Second Person' By Sam Gardiner (1936-2016)The Safety of Clouds: Fledge By Jonathan HumblePoem Of The Week: 'Lacrimae Hominis' By Vicki Feaver
The experience is heady, narcotic. Time unfolds in hidden recesses as though a shadowy, breathing world were a metaphor for the interior channelling of the writer’s own imagination. The anticipation around which Boland’s pivotal words hinge is a ‘Thought Fox’ moment: ‘But not yet’ prefigures the poem’s own birth, a page about to be written.

The simple, monosyllabic end-stopped lines admit a tentative impressionism: nosing around a nocturnal tableau, the narrator is empowered, made visionary, by a sudden sense of being alive in the world.

And what a world – where ‘Apples sweeten in the dark’ in the mellowing invisibility of time’s silence, and in organic confraternity with the child, who soon will not be a child, endlessly running into his mother’s waiting arms.

‘This Moment’ needn’t give any more.