Poem Of The Week: 'Grace Darling' By Michael Longley 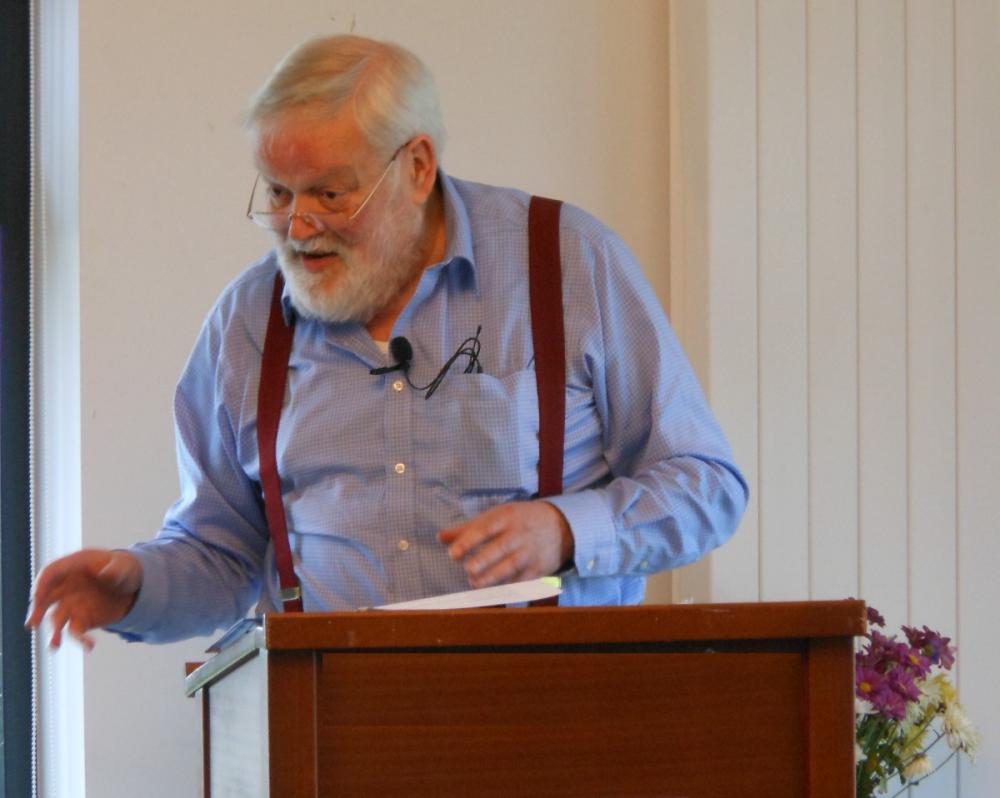 After you had steered your coble out of the storm
And left the smaller islands to break the surface,
Like draughts shaking that colossal backcloth there came
Fifty pounds from the Queen, proposals of marriage.

The daughter of a lighthouse-keeper and the saints
Who once lived there on birds’ eggs, rainwater, barley
And built to keep all pilgrims at a safe distance
Circular houses with views only of the sky,

Who set timber burning on the top of a tower
Before each was launched at last in his stone coffin –
You would turn your back on mainland and suitor
To marry, then bereave the waves from Lindisfarne,

A moth against the lamp that shines still and reveals
Many small boats at sea, lifeboats, named after girls.

Take a long, expansive look out to sea from the beach at Bamburgh and you’ll be foregrounded in a filmic tableau. For the rectilinear, windswept battlements of the castle behind you create an illusion of magnificent robustness as imposing as it is aesthetically stirring. That its unique aspect has been harnessed for the purposes of the big screen on innumerable occasions – it was (very) recently used in the latest Indiana Jones excursion – illustrates a disconnect between what we perceive, and how we perceive it, as John Berger might have had it. 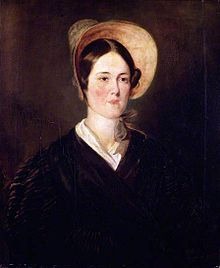 Grace Daring by Thomas Musgrave Joy
The ‘colossal backcloth’ of turbulent sky in Irish poet Michael Longley’s rather beautiful homage to Grace Darling is both pictorial and cinematic, introducing a climatic maelstrom from which survival is as unlikely as an English victory in the Euros. And although we don’t doubt the severity of the storm in which Grace and her father became embroiled in September 1838, or the heroism of the lighthouse keeper’s young and tubercular daughter, the hullabuloo that followed the miraculous rescue from the wreck of the Forfarshire – the Queen’s gift, the appearance of suitors out of the woodwork, and Grace’s meteoric popularity – was as remote from the simple innocence of the girl and her life on a rock off the coast of Northumberland, as Canaletto’s mistaking of rough-hewn, eroded Venetian architecture for something angular and improbably pristine.

The delicate rhythms and precisely-judged assonance of Longley’s exquisite sonnet point, instead, to an unexamined life, of heredity, of generational continuity and of an unquestioning sense of duty. A daughter as much of the landscape, and of the monks who tended it for millennia, Grace Darling signally fails to approximate to the simulacrum of the image depicted in Romantic Victorian portraiture. Married to the waves which in no small degree have shaped her, the rescue is a kind of consummation, a deathless union of body and water in the service of salvation.

Longley’s use of simple imagery works to great effect in the describing of an austerity of purpose. The monastic diet; the restrictive, contemplative view of the sky through a circular roof; the launching of stone sarcophagi on a ‘supine stationary voyage’* through eternity, are material definitions of introspective, obeisant existences, and we do not doubt that Grace is chiselled from the same ancient limestone.


Also by Steve Whitaker...
Poem Of The Week: 'In Memory Of Jane Fraser' By Geoffrey Hill (1932-2016)Poem Of The Week: 'Edwardiana' By Geraldine ClarksonPoem Of The Week: 'Italy Vs. England' By George Gordon, Lord Byron (1788-1824)Flags And Flowers: These Mothers Of Gods By Rachel BowerCustody Of The Eyes: Like A Tree Cut Back By Michael McCarthy
The poem’s concluding couplet is deeply affecting in its succinct clarity. Grace’s luminous presence sustains within the bell of revolving light which still picks out vulnerable vessels at sea. And there is much truth in the boatwright’s own homage to Grace Darling, and to girls whose names continue to emblazon seafaring craft the world over.


*From Philip Larkin’s ‘An Arundel Tomb’


‘Grace Darling’ is taken from 101 Sonnets: From Shakespeare to Heaney, edited by Don Paterson, and published by Faber and Faber.