Paddy dies: you never knew him.
A deaf hunchback in a home for the old.

A wild animal in him reared
Up one night, I saw his eyes
And for three days he disappeared
They found him sleeping in a pig-sty.
I wonder if sixty years ago
He slept tender in a girl’s breasts?

He seems to sleep hard now.
His bony umbrella collapsed at last. 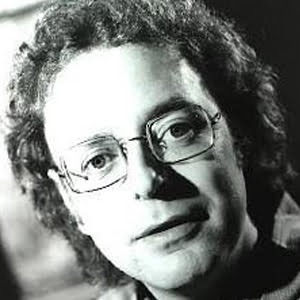 Stewart Parker
Edward Lucie-Smith described the work of Belfast poet Stewart Parker, as raw, rough and unformed, at least in comparison with his two much better known contemporaries, Seamus Heaney and Derek Mahon. The comments were not, in any way, intended to denigrate Parker’s work, merely to underline a stylistic and formal distinction.

For in ‘Paddy Dies’, the staccato impressionism of the poet’s delivery conveys a sense of hopelessness out of which emerges only the scrappy consolation of the backward glance, to the wished (un)likelihood of the pillow of a girl’s breasts. The austerity of Parker’s observation – his end-stopped, foreshortened lines demand little of the reader except reflection – yields a fragile figure who, in final repose, claims the attention he deserved in life.


Also by Steve Whitaker...
Poem Of The Week: 'Funeral Flowers' By Jill PennyBombs & Bananas: The Last Dinosaur In Doncaster By Sarah WimbushSurfacing After Rain: The Book Of The Earthworm By Sally CoulthardPoem Of The Week: 'Instead Of A Journey' By Michael Hamburger (1924-2007)The Music Of What Happened: Corona Ceoil - An Anthology By Leeds Irish Health & Homes
The poet’s repeated mantra is part plaintive, part desperate, part accusatory: addressed directly to his audience, Parker’s words draw us into a complicity of blind-eye turning. The heartbreaking opening lines are numbingly alliterative, the tolling of an arrhythmic bell whose resonance should be deafening. Paddy’s interior world is one of shuttered silence and retreat, relieved only in a desperate explosion of flailing, as that of a cornered animal.

Parker’s closing metaphor is painfully affecting in its simple verisimilitude; a kind of peace is realised in the irony of a broken body.

‘Paddy Dies’ is taken from British Poetry Since 1945, Edited with an Introduction by Edward Lucie-Smith, and is published by Penguin Books.