Poem Of The Week: 'Reading Primo Levi By The Family Fireside At Evening' By Paul Durcan 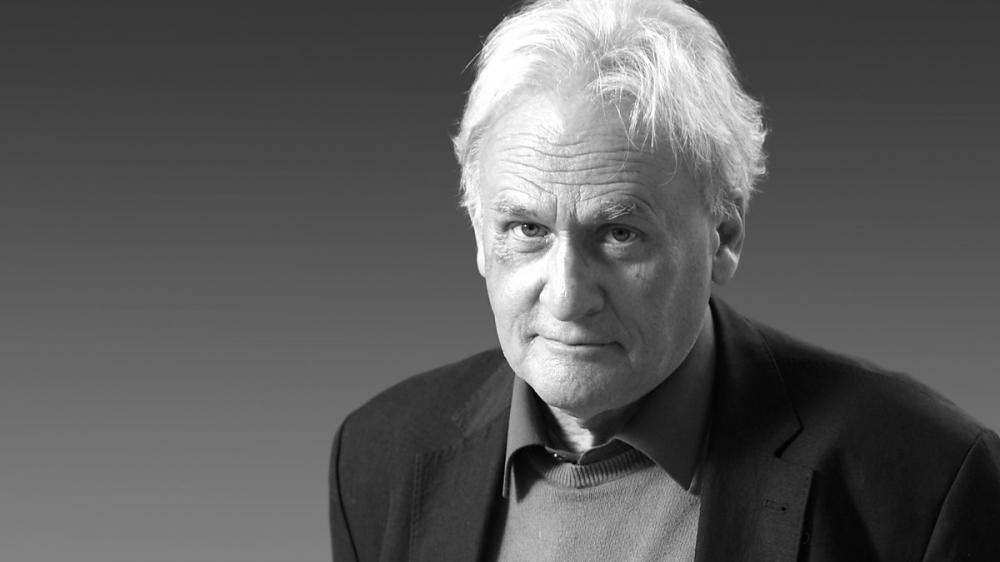 I turn the pages, wisdom
Dissolving into despair.
When woman and child speak to me
I do not hear them.
What am I to do?
Continue the book,
Pursue the truth,
Make sad the family?

Or close the book
And into the hole in my head
Let lamplight filter?
Little Mark wants to know
If I will play Labyrinth.
Holding the book open in my hand,
I tell him that I can’t
Play Labyrinth.
‘Why can’t you?’ he enquires.
I put down the book on the floor
And repeat: ‘I can’t.’
‘Why can’t you?’ he enquires.
And I say, ‘I don’t know’,
And I stand up and I leave the living room
And I go downstairs into the kitchen
Where I can be alone
Beside the oven
With the dog and the cat,
Fódhla and Ketchel,
And press my two hands against the sides of my head,
Palms on temples,
To try and stop
This fallingdownbackwards from my chimney,
This callingbackupatme from my stairwell.
‘Will you play a game of Labyrinth?’
I can’t, I can’t. You must, you must
.


The studied familial detachment of Paul Durcan’s fine elegy to despair is a casualty of his poem’s tone. The ‘woman and child’ – presumably wife and son, and the formal inversion of ‘Make sad the family’ invest the proceedings of controlled interiority with a necessary solemnity.


Also by Steve Whitaker...
A Writer's Journey: Julia ChapmanAn Echo In The Wind: Date With Danger By Julia ChapmanPoem Of The Week: 'Race Riot, Tulsa, 1921' By Sharon OldsA Writer's Journey: Matson TaylorPoem Of The Week: 'The Wreck' By John Haines (1924-2011)
That Durcan’s narrator is unwilling or unable to engage emotionally with the domestic quotidian is a consequence of being overwhelmed by the object of his contemplation. The depth of absorption, the descent into a mire of existential ennui, will not resist even the blandishments of intelligence and wisdom, for the terms of his mental incarceration are dictated by Primo Levi. And anyone who has read Levi will know that even this most methodical of thinkers is ultimately rendered speechless by the levels of barbarism practised upon the Jews during the Holocaust. Levi’s inability to find resolution to the bitterness of his own experience of suffering, endurance and survivor guilt, casts the poem’s narrator into a chamber in which extraneous voices are echoes.

The steady unfolding of the poem’s heartbreakingly simple exposition offers no less and no more than the theme demands. The casting aside of the child’s repeated requests to play is a measure only of mood: relentless childish questioning cannot dispel the grave tone of Levi’s discourse, or the narrator’s willed immersion in his story. To abandon the book would occasion a retreat into a self-reflective place of shadow and dissolution – ‘And into the hole in my head / Let lamplight filter’.

The desired escape to the kitchen is pyrrhic, for the voices in the narrator’s head are louder and more sustained. The embodying of the poet’s growing anxiety in the terrifying compound expressions of the poem’s penultimate lines, drives momentum, draws him towards a cliff edge of reflection which is at ironic variance with the warmth and security of the room. That Primo Levi, unable finally to endure the pain of his experience of Auschwitz, plunged to his death down a Turin stairwell on the 11th April, 1987, is a terrible mirror to the poem’s denouement.

And the child, in the end, is the lifeline, the harbinger of hope.

‘Reading Primo Levi by the Family Fireside at Evening’ is taken from Daddy, Daddy – Poems and is published by The Blackstaff Press