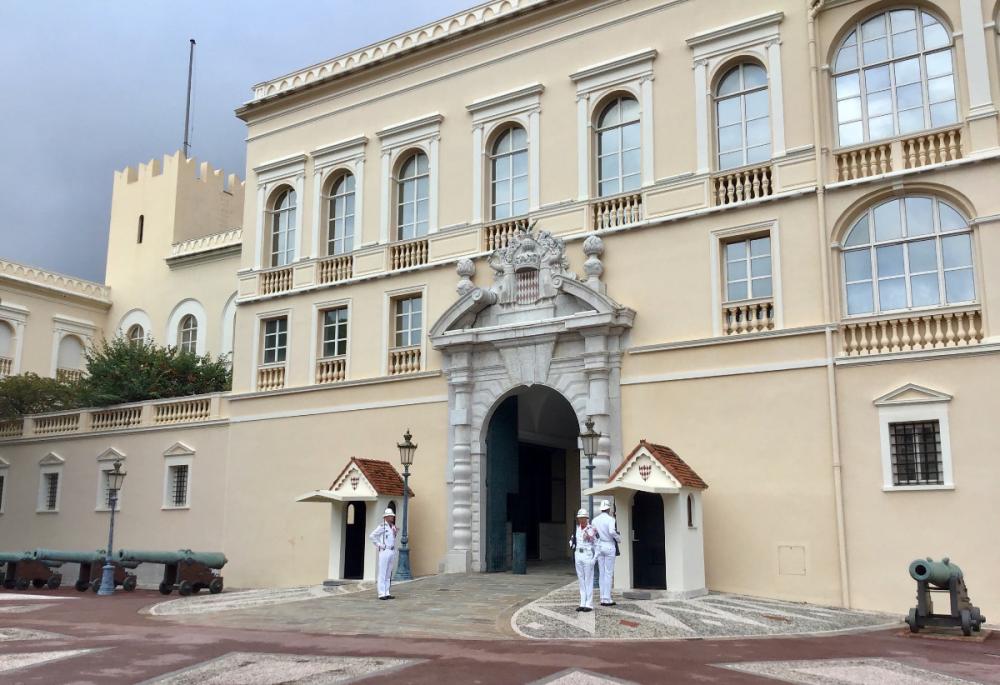 The traditional guards continue to protect Monaco’s Royal Palace where Prince Albert is working from home
Prince Albert II, the Monégasque Head of State, has tested positive for the COVID-19 virus and as a result is self-isolating, but continuing to work from his office in his private apartments whilst remaining in contact with his cabinet and government.

The 62 year old is being monitored by his personal doctor and specialists from the Princess Grace Hospital, named after his mother Grace Kelly, and a spokesperson for the Royal Palace confirmed that his condition is “not worrying at all.” 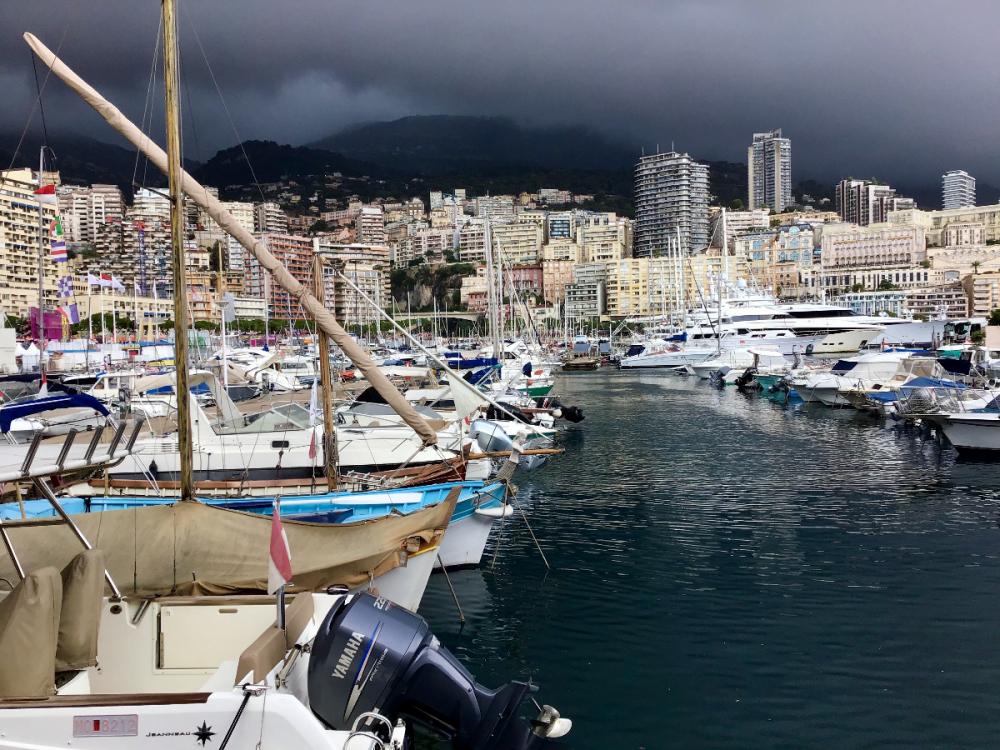 Storm clouds hover over Monaco’s main Port Hercule (taken during a non-race weekend visit last October)
To date the Principality of Monaco has suffered only a very small number of confirmed cases of coronavirus, although as a percentage of its less than 40,000 population the infection rate is far higher than is officially the case in the UK. The official statement requested assistance from all those domiciled in the renowned tax haven, saying “His Serene Highness urges the people of Monaco to respect the measures of confinement and to limit contact with others to a minimum, as only the strict observance of these confinement measures will make it possible to stop the spread of the coronavirus.” 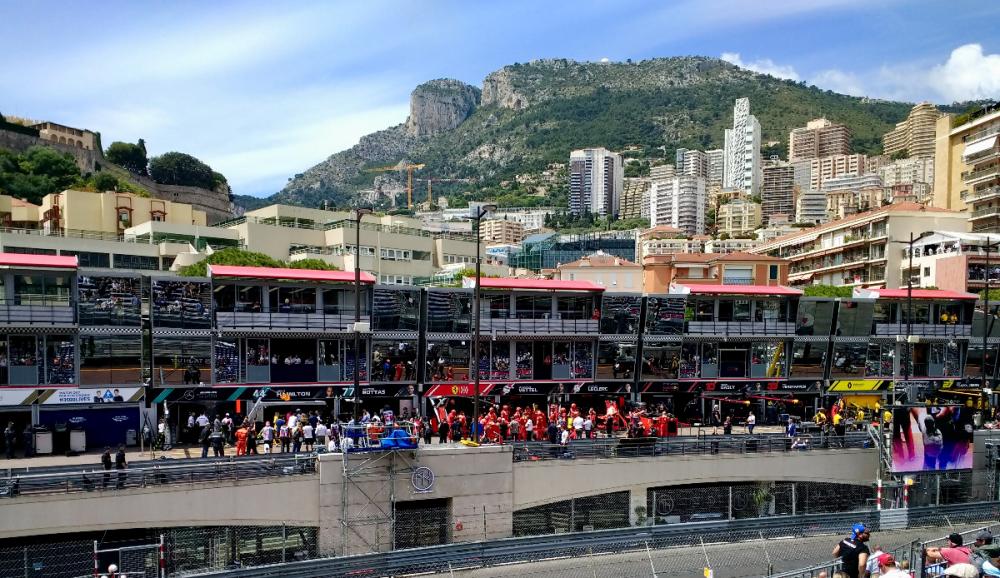 There will be no feverish activity in Monaco’s temporary pit complex this year
The Automobile Club de Monaco (the organisers of the annual jewel in Formula 1’s crown) had initially agreed to a postponement of this year’s event scheduled to run from 21-24 May, but subsequently released a statement advising that it would have to be cancelled as it was “no longer tenable.” Apart from potential issues regarding appropriate alternative dates, there were concerns about the availability of the workforce required to prepare the temporary circuit and grandstands as well as the significant number of local volunteers who make the event run so smoothly come the race weekend.


Also by Graham Read...
Controversial Win For Hamilton After Clash With Verstappen Hospitalises His Rival2021 Australian F1 And MotoGP Races CancelledRed Bull’s Max Verstappen Again Untouchable In AustriaVerstappen Crushes The Opposition In StyriaSilverstone To Welcome Full Crowd At Next Month’s F1 British Grand Prix
As a result this year’s 78th Grand Prix de Monaco Formula 1 and also the 12th Grand Prix de Monaco Historique, which was due to take place a fortnight earlier, will not happen. A shame as the Monaco events are loved by so many fans around the world, including your Formula 1 correspondent, but we are facing far more challenging times on so many fronts and with luck we can all look forward to the streets of Monaco reverberating to the sounds of racing machinery again come 2021.