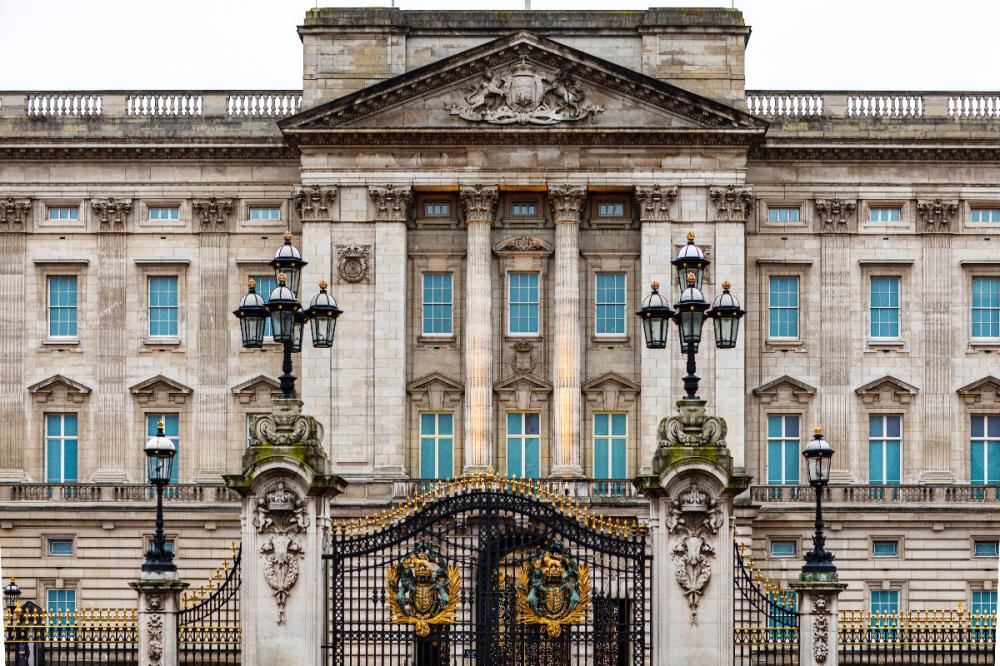 Photo by Hulki Okan Tabak on Unsplash
The value of the Queen’s UK property portfolio has reached new heights in 2022, with the figure more than £3bn according to a new study.

Research has estimated that Her Majesty’s royal property portfolio may be worth up to £3.7bn, with royal residences including castles, palaces and luxurious lodges across England, Northern Ireland, Scotland, and Wales.

The study, from retirement property experts McCarthy Stone, uncovered the cost of the Sovereign's Royal homes as the UK celebrates the Queen’s Platinum Jubilee in June, looking at how much it would cost to buy or rent the spectacular British landmarks.

The cost to buy the royal residences

Buckingham Palace, the most famous royal residence and one of the UK’s most attractive tourist attractions, is unsurprisingly the priciest property in the Queen’s portfolio and is estimated at £1.3bn, with its role as a busy, administrative hub in central London.

Situated in Westminster, the second most expensive property is St James’s Palace, priced at £600m, closely followed by £580m Windsor Castle. Fourth spot is taken by Kensington Palace, which comprises of multiple apartments – one of which is home to Prince William and Kate, who reside in Apartment 1A. It’s grand architecture, royal history and Kensington and Chelsea postcode have helped the palace reach an estimated £558.2m in total value. London-based Clarence House comes in at £298.3m to complete the top five.

Despite its size, the Queen’s much-loved Aberdeenshire estate came in at £60.3m. The 7,242 square meter castle dwarfs' other Scottish residences in comparison and The Castle of Mey in Caithness is estimated to be worth £10m. This makes the former home of the Queen’s mother just one-sixth of Balmoral’s cost.

Estimated values of the UK’s most expensive residences

The cost to rent the royal residences

London rent is notoriously steep, and Buckingham Palace’s location, alongside the sheer size and historical value, could see a prospective tenant paying an estimated £2.6m per month in rent for this exclusive address. Estimated rental costs at Windsor House and St James’s Palace are also amongst the salubriouson the royal property roster, at around £1.7m per month.

Kensington Palace covers 2,785 square meters, in comparison to Buckingham Palace’s spacious 77,000 square meters in size. If the Queen were a regular landlord, Prince William and Kate may pay around £179,400 in rent per month to live in their apartment at the central London residence.

However, Nottingham Cottage, a two-bedroom property nestled within the grounds of Kensington Palace, has been estimated to have the most affordable rent of all the residences. ‘Nott Cott’, the former home to both William and Kate, and later Harry and Meghan, could expect £7,900 in rent per month.

Saving up for a royal residence

With the average UK property now valued at £277,000, it puts into scale the sheer size of these cultural landmarks, which are less like individual homes and more a part of the British landscape.

To give some scale to the figures and based on our estimates, Thatched House Lodge, a pillar of Richmond Park and one of the more modest royal properties at £1.2m, would require a mortgage of £182,000, whilst £195m would be a 15 percent deposit for a mortgage for Buckingham Palace.

However, dreams of staying in a royal residence are not unfounded. Tamarisk House, Prince Charles and Camilla’s Isle of Scilly holiday home, could likely be purchased for £1.5m. Yet, many of Prince Charles’ properties are available for public rental as holiday homes, and Llwynywermod in Carmarthenshire could be booked for as little as £1,000 a week – so even a fan of the royals can try the lifestyle themselves.


Alastair Pegg, Marketing Director at McCarthy Stone, said:
“As we mark this special occasion nationwide, we wanted to highlight where the nearest royal residences can be found around the country.

We all like to indulge in window-shopping when it comes to properties and applying this concept to the royal property portfolio was a fun way to peek inside a different world."

For more information on the royal residences and to view full findings per area, visit: https://www.mccarthyandstone.co.uk/content-and-resources/friends-and-family/the-cost-of-the-royal-property-portfolio/
More in this series...
Music At The JubileePlatinum Jubilee Coronation ChickenRoyal Family's Favourite Games To Play During The Jubilee CelebrationsThe Queen And Her CarsHappy And Glorious!Platinum Jubilee: Celebrate With The Queen’s Favourite FragranceThe Queen's Dogs Over The Years3 Patriotic Cocktails To Celebrate The Platinum JubileePlatinum Jubilee Celebrations Around The WorldThe Jubilee WeekendRoyals On Rails At The National Railway MuseumVisit The World's Smallest Jubilee PartyQueen's Jubilee: How To Celebrate 70 Years SustainablyCan You Spot The Crown In This Jubilee-Themed Brainteaser?6p Pints Up For Grabs At Greene King Local Pubs8 Cake Portraits Of The Queen To Celebrate The Platinum JubileeIt's Jubilee Weekend Next Week Let's Raise A Glass Of FizzThe Union Jack Jubilee Brainteaser That 65% Of People Are Giving Up OnInsuring Your Jubilee Street PartyPlatinum Jubilee: Stay Alert For Street Party Road Closures