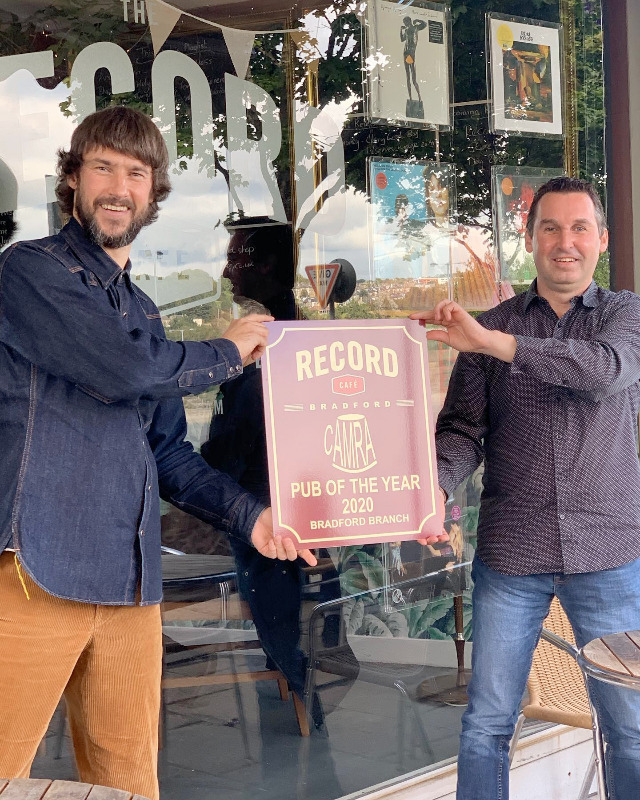 The Record Café on North Parade, in Bradford, is getting used to scooping awards. It’s currently celebrating after receiving a CAMRA Pub of the Year award for the third time in four years, having previously won the competition in 2017 and 2019, being runner-up in 2018.

‘It came as surprise really as there are so many new pubs opening throughout the district,’ said Record Café owner, Keith Wildman. ‘We are quite a niche venue but when people enjoy it and recommend us to others, it feels like you're doing your job well. I just want to keep improving our standards all the time.’

Bradford CAMRA completed the process to select their Pub of the Year 2020 at the beginning of the year and intended to present the award to the Record Café in May but the lockdown, beginning in March, prevented this from happening. Keith added: ‘We found out we won the award in March and then that week we had to close down, so it was a more low-key affair this year.’


Also by Andrew Liddle...
Adele Howitt’s Hinterwater ProjectAn Oktoberfest In Name OnlyLove Letters From ScarboroughRedundancies Feared At Black SheepSt Hilda, Pilot Of The Pier
The Bradford Branch Pub of the Year is selected from a range of establishments nominated by branch members. A short-list of pubs is then produced from those receiving the most nominations. These are then judged on the quality of their beers and ciders, their atmosphere and service as well as their community focus. Peter Down, acting chairman of Bradford CAMRA, in presenting the award said: ‘The overall standard of pubs nominated for the Bradford Branch Pub of the Year award has been rising year on year. This year was one of the closest results yet, demonstrating the high quality of all the pubs involved.’

Keith Wildman is already turning his thoughts to next year’s competition. ‘It’s like they say in football,’ he cautioned, ‘you’re only as good as your last match.’