Review: A History Of Solitude By David Vincent 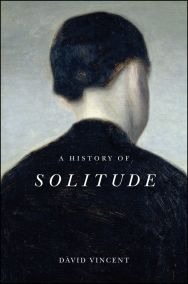 The timing of David Vincent’s new book couldn’t have been more propitious. If most of us are not committed to solitude entire, then for others self-isolation will mean an unavoidable asceticism, the imposition of a strategic disengagement, with the potential to incarcerate otherwise gregarious personalities in cells with windows. To turn off the tap of physical interaction is to cast many into dark and unfamiliar territory.

Which is not the least of Professor Vincent’s concerns in the final chapter of this extraordinary study of solitudes ‘physical, networked, and abstracted’. His work may not be cognizant of Covid-19, but he is keen to examine the new forms of solitude which are corollary to a world of digital communication; the isolation of the individual in a different kind of cell, surrounded by the paraphernalia of social media, but devoid of human contact.

Attitudes toward the efficacy, or otherwise, of solitude have mutated, changed out of recognition and been responsive to emerging circumstances, during the two and a half centuries wherein reasoned thought has engaged with the subject. Vincent’s book begins properly in the declining days of the Age of Reason, with the appearance of Johann Georg Zimmermann, who wrote the first full-length treatise on solitude from a clinical perspective. Yielding the first distinction of motivations – solitude could be self-imposed (the anchorite, monk or hermit) or a state of mind – Zimmermann is yet unable to free himself of the determinism of his time, the assumption of moral dissipation contingent upon the solipsism of unregulated isolation. Vincent doesn’t miss the paradox of a condition which, when undertaken on a temporary basis, was supposed to be morally ‘improving’, when he writes of Defoe’s Robinson Crusoe on his return to London from desert island solitude:

The returned castaway had no nostalgia for his former life. The solitude he had enjoyed was necessary to the wellbeing of his moral self, but artificial and unsafe when disconnected from the moral structures and constraining perspectives of educated society. The most profound forms of spiritual reflection were better undertaken in the midst of everyday activity.

The argument between ‘what was necessary, and also what was feasible’ is underpinned throughout the eighteenth century by unwritten adherence to the connective tissue of vers de société: the belief that Man is dispositionally social – the necessity for therapeutic solitude must, in this sense, only be a temporary dislocation from a cohesive body politic whose betterment depended on association and dialogue. But Zimmermann’s Solitude Considered, which itself became a popular adjunct to a country walk in the years that followed its publication in the 1780s, was generally perceived to approve of the restorative propensity of prescribed periods of solitude. By definition, the opportunity for self-isolation only made itself available to those who could afford it - the working classes of the new industrial towns were too busy putting food on the table to consider countryside reflection, excepting where their workplace was reached on foot. 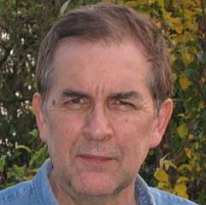 David Vincent
Correctives like these litter Vincent’s narrative in this elegantly-written and acute history. And there were unusual exceptions amongst the agrarian communities. The contemporary poet John Clare described the nature of solitude in poems whose derivative qualities – Keats may or may not have inferred the shadow of Gray’s ‘Elegy’ in Clare’s ‘Solitude’ in a correspondence with the latter – need not undermine a wider suggestion, that the yearning for isolation, and the ‘intense consciousness’ such solitude yields, sometimes enabled a productive focus. Clare’s wanderings around the hinterland of Helpston, a landscape he knew intimately, became ‘the centre of his bitter critique of enclosures’ in the poems.

The Romantic impulse, a freeing of the imagination for contemplation, found a natural pastoral bedfellow in the desire to walk. Professor Vincent’s entire second chapter is devoted to the act of perambulation in the nineteenth century, an almost, apropos of my earlier comment about the subsistent nature of working class existence, exclusively middle class pursuit. Walking, in the event, was undertaken for very different reasons, not least according to the idiosyncratic vagaries of the person taking exercise. The phenomenal distances covered by both Wordsworth and Dickens were necessities: for the former, a complementary focus for introspection and an existential aide-de-memoire; for the latter, a bi-pedal release of enormous energy whose benefits were twofold: ‘one straight on end to a definite goal at a round pace; one objectless, loitering, and purely vagabond’.

The interlude of relative peace vouchsafed by a brief walk might have fulfilled the simple purpose of stress-relief, but such a willed response to quotidian anxiety is not to be confused with the Romantic imperative for Solitude embodied in the work of Shelley whose intention is pitched at an altogether higher level of imaginative abstraction. The taking to the Alpine mountains of, especially British, climbers in the mid nineteenth century was founded in the crucible of the abstract emotional compulsions of courage, exertion and discovery, but idealism came down to earth with a shocking bump when, in 1865, an expedition led by Sir Edward Whymper resulted in four deaths on the Matterhorn, a fact which submerged any suggestion of nobility in the implication of selfishness, and the grief of those left behind.

Not that abstraction and convenience are the end of Vincent’s concerns. In the common nineteenth century domestic scenario where households might comprise several generations, the urge for solitude within necessitated diversions, chief amongst them knitting and sewing, philately and solitary games of cards. Vincent is right to allude to the advent of the new postal service as a major catalyst for change: enabling the ‘pastime’ of epistolary communication, the mail gave possibility to a new kind of freedom – the giving and receiving of missives in an entirely solitary fashion, conferring a conduit to escape in a thronged and noisy parlour. And books, whose transfer and multiple usage – they were very expensive commodities – looks forward to the phenomenon of public lending libraries as it provides a simple means of self-absorption. The irony of words illuminating silence is not lost on Professor Vincent, who is characteristically insightful: ‘Literature created space in crowded households’.

The desire to retreat was a multi-layered phenomenon throughout the nineteenth century. Manifest, particularly in the new, massively popular cross-class interest of angling, and taking its cue from Isaac Walton’s classic volume, fishing epitomised the notion of contemplative focus, yielding silence and a degree of temporary escape for the individual participant. This almost exclusively male pursuit found an unlikely counterpoint in the notion of the female malady: citing the two examples of Harriet Martineau and Florence Nightingale, both of whom took to their beds with protracted illnesses, Vincent characterises the respective retreats as strategic: both sought uninterrupted solitude in confinement, and neither sought the leverage of uplifting conversation. 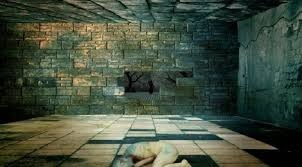 It is characteristic of Vincent’s insight that he detects mirrors everywhere: general proclivities prevail in what amounts, almost, to a paradigm of social preference. The exchanging of ‘solitariness for solitude’ in the precipitous rise of nunneries in Victorian England indicates a coming to the fore of personality traits with which Martineau would sympathise, although the dangers inherent to total seclusion, wherein a dialogue with God was idealised, might, instead, yield self-destructive impulses. The new prison system, with an even newer mandate to reform through the idea of penitence, concocted a system of solitary confinement designed to oblige felons towards contrition in what Vincent elsewhere refers to as a ‘lone conversation with the silent deity’. It failed. Those in resolute pursuit of political ends became martyrs to their commitment whilst those many who lacked imagination went mad. An instructive parallel emerges in a later chapter with the enforced confinements of ‘political’ prisoners and suspected spies: Edith Bone and Terry Waite’s accounts of their incarcerations reflect on the intense focus conferred, respectively, by ideological certainty and raddled religious belief.


Also by Steve Whitaker...
Poem Of The Week: 'The Beach Couldn't Be Found' By Katrina NaomiDragging The Snare: All The Men I Never Married By Kim MoorePoem Of The Week: 'That I Could' By Jane ClarkeFlattening The Curve: By Degrees - David TaitPoem Of The Week: 'Bertram' By Nigel Forde
The five minutes peace which David Vincent identifies as the simple sustenance of the average working class housewife of the nineteen thirties, imprisoned with several children and very little living space, might be achieved in simple abstraction – a brief interlude of quiet nothing on the sofa, or a cig at the end of a long day, yielding solitary comfort. And tobacco, whose link with cancer had not yet been established, became the handmaiden to temporary release. For Vincent – ‘smoking was a defining example of abstracted solitude, the capacity to remove the self from present company’, whilst the emergent cinema and television age offered a form of personal absorption enjoyed in smoky collective harness.

Vincent’s examination of twentieth century paths to solitude is as thorough as it is persuasive. The need for ever more precarious challenges afflicted the middle classes: mountaineering and round the world maritime feats tested human endurance, opened new windows on the psychological impact of isolation, a proclivity for aggrandised self-examination, or a retreat into insanity. The phenomenon of loneliness, often within an intimate social framework, is both more and less obvious in an atomised urban environment. If the desire for solitude – Vincent imputes the huge industry of ‘Mindfulness’ – is obliged to follow an interior path, an escape from the intrusive cacophony of modern urban existence, then the internet provides a means of retreat to the animated solitude of the screen, whilst being complicit in the global expansion of a communication system with an overwhelming potential for surveillance.

That Professor Vincent allows only a partial reading of Philip Larkin’s admirably detached ‘Vers de Société' - the poem is a triumph of ambiguity and its narrator is neither solitarian nor bon viveur because he is both – is, in the end, a semantic footnote to a fine study. For A History of Solitude remains resolutely mindful of those other historical footnotes for whom the simple blandishments of ‘doing nowt’ yielded their own reward:

At one level, this has been a history of doing nothing at all. Solitary ‘peace and quietness’ is too easily overlooked as the means by which most people in the past recuperated from their labours in the home or workplace.


A History of Solitude is published by Polity
More information here: https://www.wiley.com/en-gb/A+History+of+Solitude-p-9781509536580