Review: The Children Of Ash And Elm - A History Of The Vikings By Neil Price 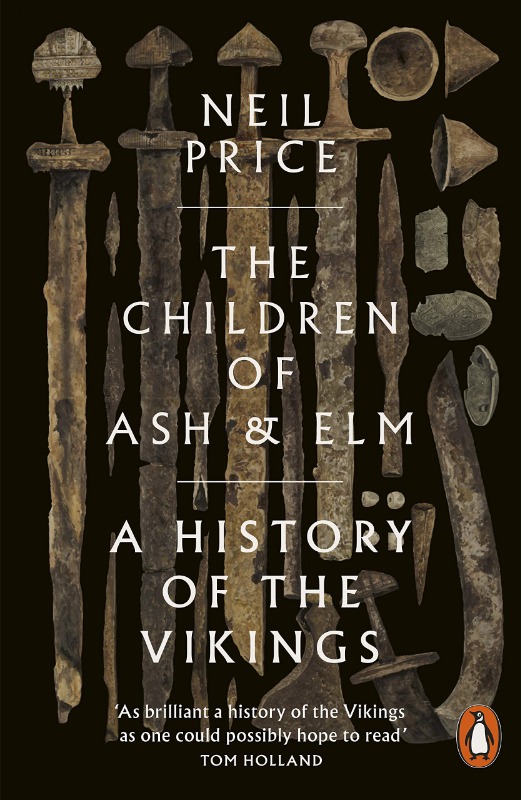 Neil Price’s The Children of Ash and Elm is an illuminating and insightful tour of the Viking era; his narrative is composed from his obvious expertise, and his utter passion. He loves this subject and he wants to invite the reader to share his enthusiasm - never a dull section, and most certainly not a dry academic tome. The reader learns from the start why he is fascinated but his passion never renders his work biased; he does not place the Vikings on a pedestal and he is only too willing to recount their darker side. Throughout the book Price retains an objective stance: we learn that the history of the Vikings is an ever-evolving topic, changing almost with each new discovery.

In the opening pages, Price tells us that Viking poetry can “taste like cold iron on the tongue” but that it is also “treacherous but beautiful.” This prose is just a taste of what is to come; his literary creativity sometimes resembles the work of a novelist, and this is the magic of the book. These Viking figures we think we know - we’ve seen them in places like Jorvik, we have seen them misappropriated a myriad times on TV – they are imprinted in the modern imagination as axe-wielding raiders, plundering our coastlines, dropping anchor from their longboats and all the time wearing a horned helmet.

But almost immediately we are asked to put our misconceptions to one side. How can a demographic that existed for so long, with such a widespread diaspora and with numerous cultural and ethical assimilations possibly be cast into a single stereotype? We learn what it meant to be these people, living, breathing, eating, drinking and travelling – they were not all the same; and it is this generic stereotype that we pick apart chapter by chapter.

We are also reminded that our concept of the Vikings has been influenced precisely by those who made the written records that scholars have consulted for centuries. The Norse sagas, for instance, are “marvellous…but must be interpreted with an abundance of caution” since most were written long after the Vikings had lived, with Christian and mediaeval influence. The writers, we are told, always had an agenda of some sort. But we cannot dismiss their verisimilitude: they are not false; we just must always be aware of the wider context. 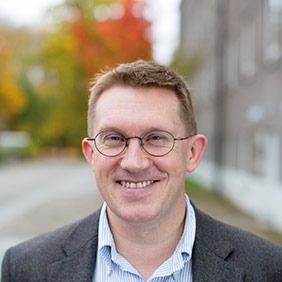 Neil Price
The Vikings were undoubtedly cosmopolitan. Scandinavia had welcomed immigrants for millennia before the Viking Age ‘began’, and even that is a supposition that is open to dispute. Most accept that the Viking era started with the raid of Lindisfarne in 793CE, but that is to dismiss the back-story. The Vikings were multi-cultural and multi-ethnic, so we are obliged to look back in time to see what and who came before. We learn first of the Migration Period c.400-550 CE: an era of Europe on the move, conflicts in Spain and North Africa, the decline of Roman influence and the rampages of Attila and his Huns. In Price’s story we see the emergence of trade routes, the spread of Christianity; we learn of England, or what approximated to England at the time. Price talks of topography and climate, how the landscape quite literally shapes our understanding, and how Viking settlement fundamentally changed the landscapes they inhabited. The Vikings were not always heroic, and in fact often horrific, but we realise their ancient reality created a lasting legacy, the ripples of which we still feel today.

I was astounded by just how much scholars have come to discover about the Vikings, given the somewhat limited and often ethnocentrically-skewed written records that have survived. We marvel at what archaeology reveals (who would have thought you could excavate a Viking toilet, and that it would still smell!), whilst we uncover truly fascinating insights. Early on, Price tells us that “at the core of any modern relationship with the Vikings must be a commitment to clarity” and clear is what this book most certainly is. The chapters each focus on a different aspect of the history; there is always enough detail to inform and excite, but not to excess. If a reader wants to learn more about a given topic, the lengthy bibliography will certainly point he or she in the right direction.


Also by Caroline Spalding...
Review: You Let Me In by Camilla BruceReview: Lonely Castle In The Mirror By Mizuki TsujimaraThe Imposter by Anna Wharton: A ReviewReview: Bright Burning Things By Lisa HardingReview: The Smash-up By Ali Benjamin
The Vikings had a curious folklore: gods and folkloric creatures were accepted in Viking society as almost living beings, albeit unseen - shadowy figures with a palpable presence. We learn that homosexuality was anathema to their society, but that they were not racist. They had laws forbidding cross-dressing, the need for such proscription suggesting that this was a practice some might have followed. Slavery was widespread as was the selling of women for sex; the purchasers of the latter had wives who would look on ‘unconcerned’ as they raped their newly-acquired slaves. But we are told that we cannot apply modern concepts of identity and sex, even sexual orientation, to the Viking world; they did not have an equivalent terminology and they would have no need of such labels. Yes, the woman’s realm was usually inside the home, and the man’s world outside; however, this was still a fluid society. By the turn of the millennia in 1000 CE, a woman named Gudrid Thorbjarnardottir was an exemplar of how far reaching the diaspora truly was. Having reached North America, via Greenland, she travelled to the Mediterranean, and to Rome before settling as a nun in Iceland – quite probably the most widely travelled woman in the world at the time.

Compelling, engaging, insightful and informative, in this wonderful book we learn about sex, about the raids, the trading arrangements, the mercenaries who travelled, and the lands that were conquered and sometimes not. We learn more of their politics, their experiments with monarchy, the adoption of Christianity, their spirituality and ultimately their decline. Past theories still have relevance to our modern understanding and Price is never critical of the scholarship which precedes him. One thing for certain is that the voyage of the Vikings is not yet finished, and we couldn’t hope for a more entertaining or enlightening guide – Neil Price has given us an exceptional book, and it is one to be treasured.