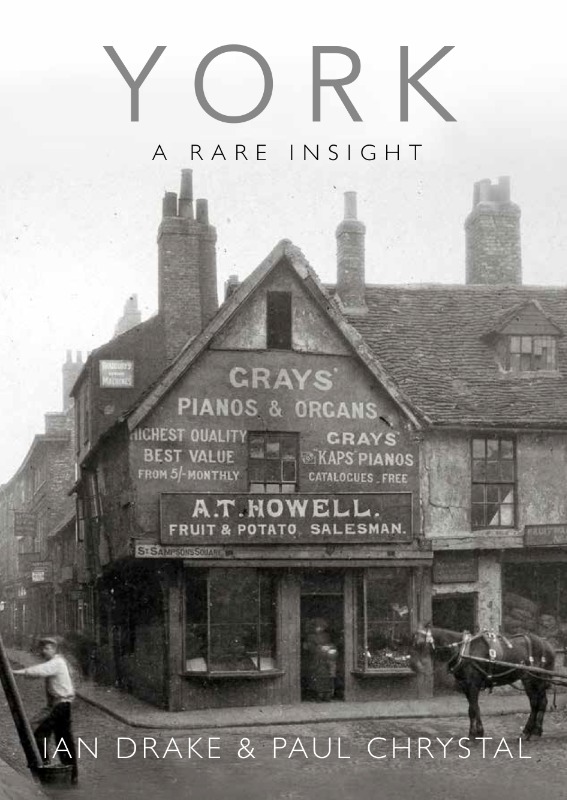 Many of the libraries of York house compilations of old photographs of the city, which give a tantalising glimpse into the layers of the past. Nevertheless, Ian Drake and Paul Chrystal's new offering, York: A Rare Insight is really rather a special collection. For the first time ever you can hold in your hands a printed selection of glass slides that the renowned collector, Dr William Arthur Evelyn (1860-1935), donated for safekeeping to Yorkshire Architectural and York Archaeological Society (YAYAS) in 1931, four years before his death.

Dr Evelyn's collection has been cleverly organised into interesting groupings to maximise its impact and to take you on an historical journey through the city. The first section on "lost street scenes and shops" showcases ghostly, blurred sepia photographs of the Shambles, giving an eerie glimpse into York's dingy past. The chapter on coaching inns and public houses contains a reproduction of Henry Cave's 1813 imagining of what the famous seventeenth-century George Hotel on Coney Street might have looked like. The ornate facade is contrasted with a Victorian photograph of the now defunct hotel, where Charlotte and Anne Brontë once stayed before it was reduced to rubble in 1868. Perfect for people who often wonder about York's lost past. Fans of the races will be able to see what John Carr's eighteenth-century County Stand looked like before it was demolished. 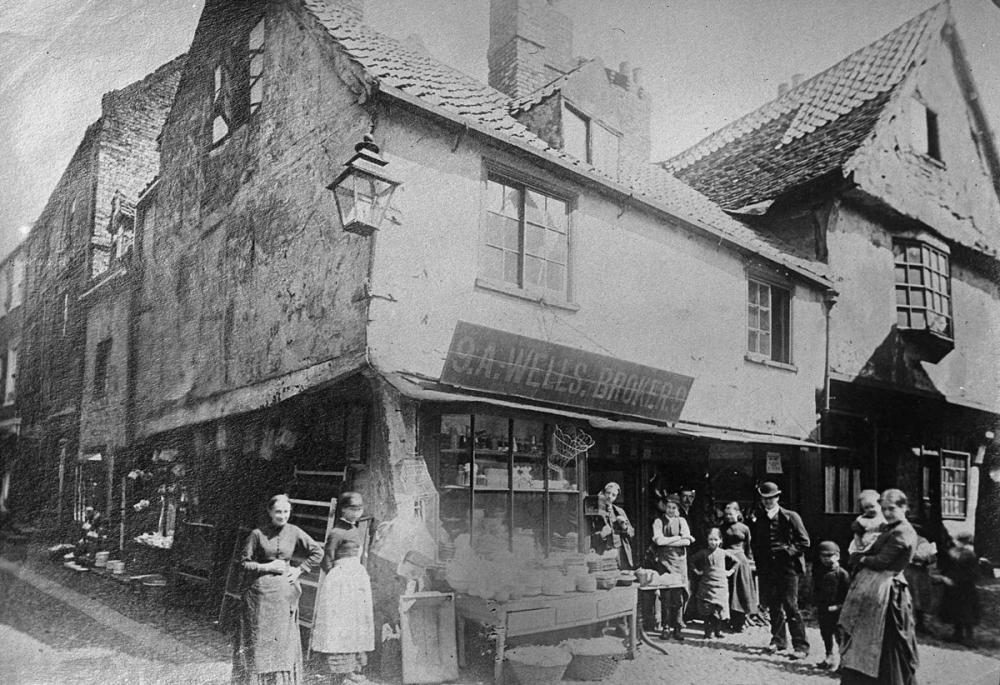 Perusing the pages you can enjoy views of York's places of entertainment, education, its walls, bars, rivers and bridges, as well as its churches. Each image is accompanied by an informative and authoritative commentary that adds even more vivacity to the scenes. A particularly amusing anecdote accompanies a photograph of Rowntree's factory on Tanner Moat. Working there on the night shift, employees were sustained by free cocoa and pork pies! Meanwhile a temperamental donkey used for deliveries would answer to "one man and one man only" being "a serious hazard to everyone else." All this was overseen by Joseph Rowntree through a trapdoor that led from his office overlooking Lendal Bridge. The authors themselves, members of YAYAS, one of whom is the curator of the glass slide collection, help to preserve the history of York with their own extensive knowledge. 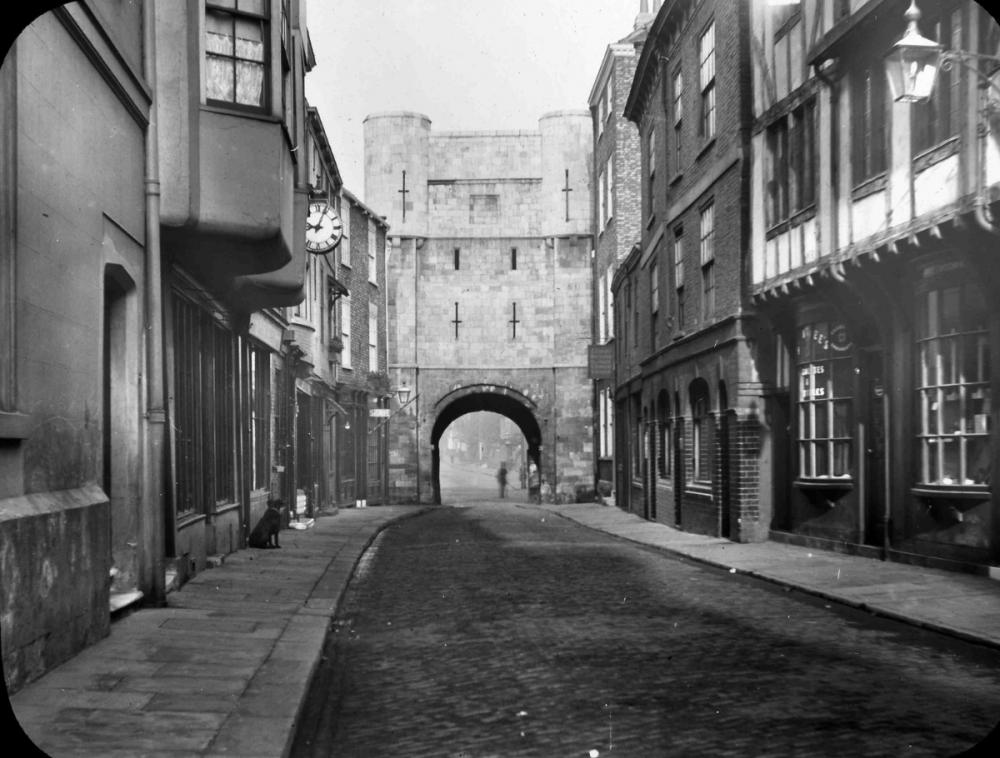 The introduction tells the equally remarkable story of Dr Evelyn's passion for York. After stepping off the train in 1891, he practised as a doctor on Museum Street for thirty nine years, all the while amassing his vast collection of views of York. He also found time to campaign to save the city walls and to encourage the beautification of the city by avoiding litter, as well as giving lectures and walking tours. By 1930 his collection of views of York contained over 1,000 images, including engravings, pencil drawings, water colours, photographs and oil paintings, amongst other media. It is a testament to his dedication to York that he personally commissioned contemporary photographs of the city in order to preserve its past for future generations.

Today we are lucky to have access to his collections as an American university once offered him a substantial sum for the majority of it. Preferring that the views remained in the city, he offered them to the council at the discounted price of £3000. The great British public stepped in to raise the funds and the collection was secured for generations to come. Its current value is estimated to be in the region of £150,000. Curated by YAYAS, the organisation has taken note of Dr Evelyn's desire to make his life's work as accessible as possible by digitising many of the images in the main collection. (www.YAYAS.org.uk). 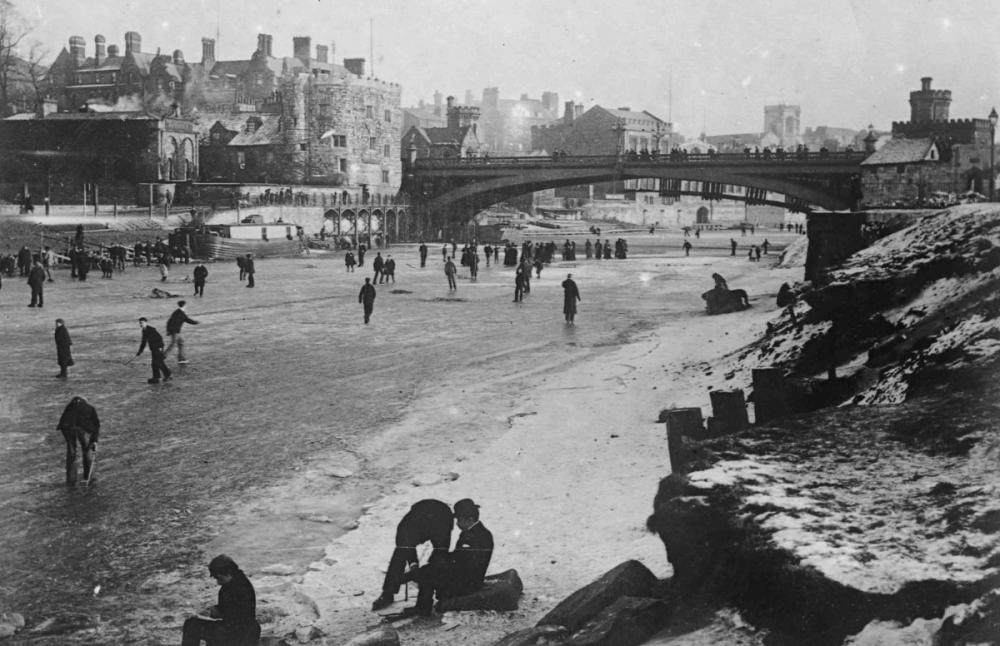 Leafing through the pages of the book, it is easy to develop an appreciation of the Herculean efforts of restoration and preservation of York that have taken place over the decades by a variety of interested parties. With dereliction and decay everywhere, it is a wonder that York looks as good as it does today. Clearly, this is thanks in part to Dr Evelyn, as well as all to those who have worked tirelessly to preserve the city's unique heritage.

In January 1934 Dr Evelyn wrote, "My life's hobby of amassing a collection of views of 'Old York' has been to me a joy as no other could have provided - this was prompted by a love at first sight on entering the this city in the early afternoon of 19th January, 1891".

Now you too can share in some of Dr Evelyn's joy with this high-quality, well-organised and evocative tribute to York. The book does indeed provide 'a rare insight'.

York – A Rare Insight is published by DestinWorld.