Sainz To Ferrari, Ricciardo To Mclaren And Vettel’s Future

The Formula 1 driver market very much sprung into life on Tuesday morning when it was announced that Sebastian Vettel would be leaving Ferrari at the end of the season yet to start. As a result Italy’s iconic Scuderia has acted swiftly to sign his replacement - the 25 year old Spaniard Carlos Sainz who is currently at McLaren. 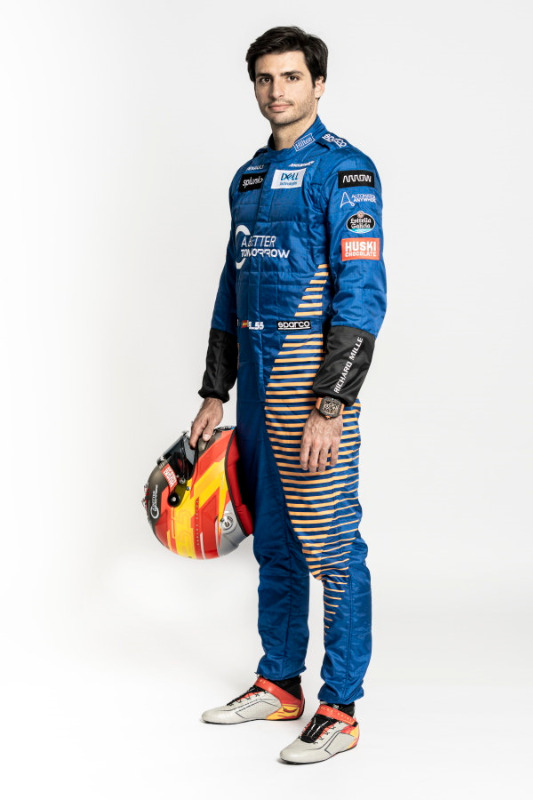 It will be red overalls next year for a delighted Sainz 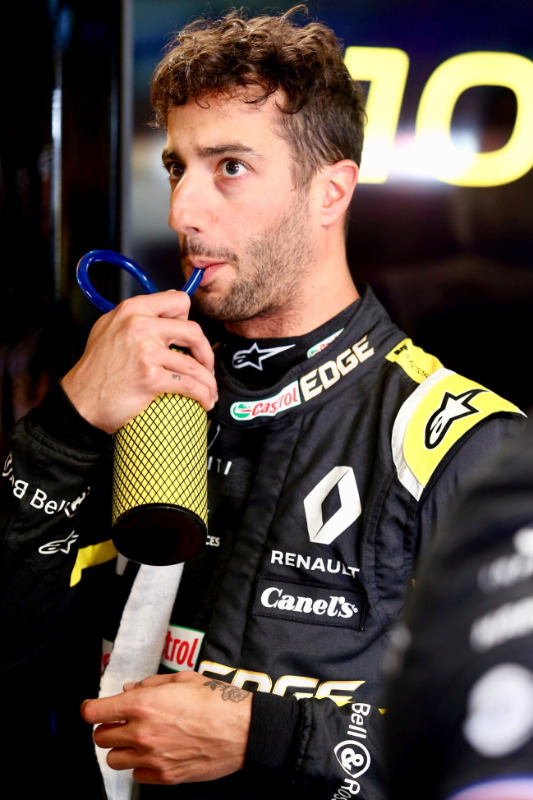 Ricciardo, overlooked by Ferrari but happy to be heading to McLaren
Sainz, the son of the double World Rally champion Carlos Sainz, began his Formula 1 career with Toro Rosso back in 2015 before moving on to Renault and then McLaren, where he had an impressive 2019 season. He had already been negotiating an extension to his McLaren contract which expires at the end of this year, but it’s rare that a team of the calibre of Ferrari comes asking and the situation quickly changed.

Ferrari had identified Sainz as a perfect support act to their young team leader Charles Leclerc, being very quick but not quite quick enough to threaten his team-mate whilst still mixing it with the other top drivers. Just like the role Valtteri Bottas fills at Mercedes alongside their number one driver Lewis Hamilton. With the coronavirus pandemic severely impacting income for Formula 1 teams, there was also a financial consideration that Sainz would come relatively cheaply compared to other potential alternatives.

Like most racing drivers I have ever known, Renault’s likeable Australian Daniel Ricciardo was also very keen to move to Ferrari and pull on those famous red overalls, but he too is changing teams for next year and filling Sainz’s vacant seat at McLaren where he will become Lando Norris’ new team-mate. Sainz and Norris got on really well both on and off track at McLaren and Ricciardo/Norris will be a highly talented but fun pairing too.

Ricciardo surprised the F1 world in 2018 when he announced he was leaving the frontrunning Red Bull team for midfield outfit Renault, a move which has worked out very well for him financially if not so in terms of ontrack results. Being a free agent at the end of this season, the way was clear for him to determine his own future, namely with McLaren who outperformed Renault last year and will have the benefit of Mercedes customer power units with effect from 2021.

As for Vettel, the German driver has said that he will calmly consider all options before deciding on the best way ahead. This may well involve him moving on from Formula 1 after making his race debut back in 2007 and winning four titles along the way with Red Bull, but there may also be options for him to remain on the F1 grid if he still has the hunger. 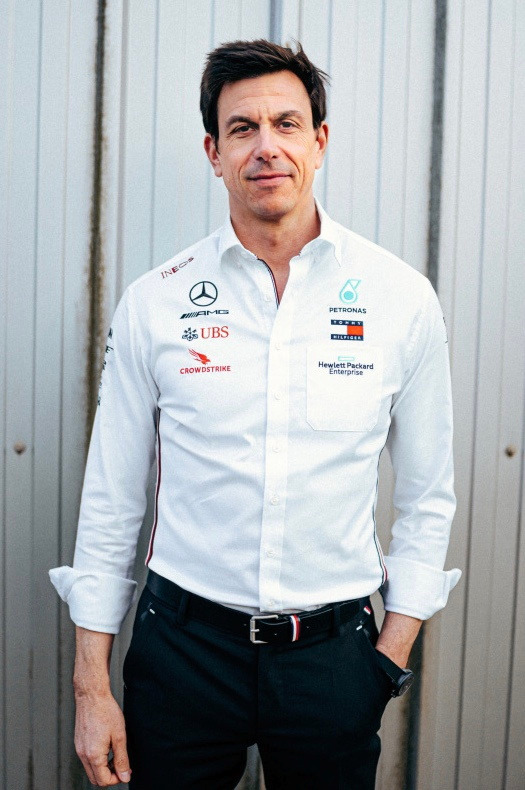 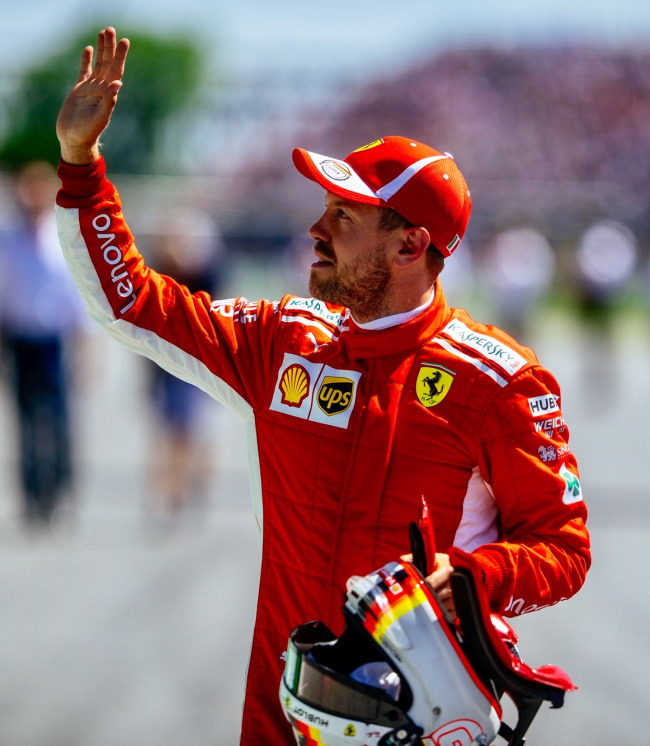 Mercedes for Vettel or will he wave goodbye to F1?
Mercedes team principal Toto Wolff has said that his loyalty has for now at least to be to his current drivers, Hamilton and Bottas, but significantly the Austrian has been effusive in his praise of Vettel as “a great driver, a major personality and an asset to any Formula 1 team”, adding that his sudden availability could not be ignored. As an aside, the Vettels live close to the Wolffs in rural Switzerland near Lake Constance and the families get on well in private away from the pressures of F1.

Vettel is still only 32, three years younger than Hamilton, and a new German driver for a highly successful German team would have its attractions for the Daimler parent company, but they may not want to risk a “super pairing” of Hamilton and Vettel with ten titles between them and not just because of the salary bill for the duo.


Also by Graham Read...
Formula 1 News﻿Lewis Hamilton KnightedHamilton Wins BBC Sports Personality Of The Year AwardF1 News From ﻿Mercedes, Red Bull And AlphaTauriLeeds United’s Marcelo Bielsa
If a move to Mercedes doesn’t happen, Renault may still be interested in signing Vettel as a replacement for the departing Ricciardo. However, their team principal Cyril Abiteboul has recently emphasised that, as F1 faces a more challenging financial future with significant budget caps, the issue of sky high salaries for the leading drivers needs to be addressed at a time when teams may be forced to downsize and make staff redundant.

Money is no longer a key factor for Vettel, so the question is very much whether he would really have any desire to drive for a midfield team rather than one of the top three. Probably not. If the French outfit remains in the sport next year, it may have to consider replacing the much missed Ricciardo with one of its young, but inexperienced Renault Sport Academy pedallers. Alternatively, at the other end of the scale there might be a return for their 38 year old former double champion from 2004 and 2005 Fernando Alonso, who walked away from F1 in 2018. However, the Spaniard has said that he would only be interested in making a comeback for a competitive team, so perhaps not.

The bottom line is that you won’t be able to take the smile off Sainz’ face and to a lesser extent Ricciardo’s. For Vettel though, a man who values his privacy and, unlike Hamilton, doesn’t have a single social media account, there is a slight chance of a move to Mercedes or perhaps more likely a step back to enjoying more time with his wife Hanna and his three young children whose identity he has always fiercely protected away from the public spotlight.