Some Governments Do 'Ave 'Em

The government has had another week to forget – they perhaps ought to have done more revision – after yet another U-turn. It would have been a C-turn but they were downgraded. Thousands of state school pupils, in contrast to those in independent schools, had their university aspirations dashed after their teacher-assessed A-level grades were significantly reduced. 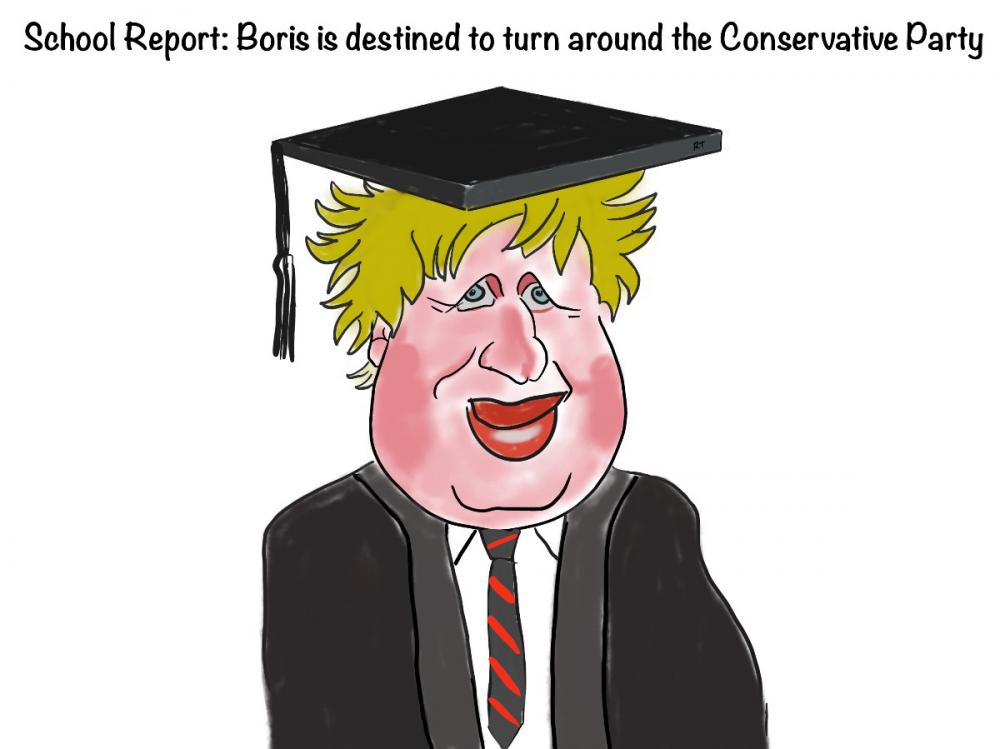 The government initially stood by the downgrades, since standing by while events happen is one of the few things they consistently do. Boris Johnson defended the results as “robust” and “dependable”. Mind you, he’s also been saying there is a “moral responsibility” to get children back in schools, but if you’re seeking advice on dependability, morality and responsibility from someone who was busy knocking up his mistress while his wife underwent cancer treatment, you may be looking in the wrong place. Shortly after his pronouncement, he disappeared on holiday once again, apparently to go camping in Scotland. There are some who doubt this, as he generally likes to spend holidays in the luxury villas of Russian billionaires. But really, what could be nicer than two weeks in a tent with a three-month old baby during the height of midge season? Is there a Scottish campsite on Mustique?

Questioned whether it was the right time for Boris to go on holiday in the midst of the furore, Sarah Vine, the Daily Mail columnist and wife of Michael Gove, tweeted her reply: “There’s never a good time to be honest in politics.” Never let it be said that punctuation doesn’t matter. Realising her grammatical mistake – or moment of honesty, depending on your viewpoint – the tweet was rapidly deleted.

The Scottish Conservatives had, the previous week, been quick to criticise Nicola Sturgeon for an identikit fiasco, tweeting that “Nicola Sturgeon presided over one of the biggest scandals in the history of devolution, which shattered the life chances of thousands of Scottish pupils. Her belated apology is not good enough for the teachers, parents and pupils who were effected [sic] by this fiasco.” This was deleted once the A-level results in England were announced, though I’m sure it could only have been because they too noticed the grammatical error. No doubt they’ll repost it again after they’ve retaken their English GCSE.


Also by Roger Winterbottom...
It's Coming HomeTragedy Or Farce: Hell Hath No Fury Like A Cummings ScornedTriumph Of The SwillRun With The FoxHonesty Is One Of A Range Of Options
Michael Gove went on social media to say that results hadn’t actually been downgraded, just “standardised”. As George Orwell had it, “The party told you to reject the evidence of your eyes and ears.” Lord Bethell, the Tory peer, weighed into the argument, tweeting that he’d also done badly with his results. “I fluffed my A-levels,” he said. “Taught me how to hustle. First to get a place in University. And haven’t stopped ever since. Grades are great, grit and perseverance win every time.” Hereditary lordships probably help a little bit too. I mean, if young people nowadays choose not to have hereditary Lords for their fathers, that’s their own shortsightedness. Come on kids, show some grit and perseverance!

Meanwhile as the outrage continued, the arachnophile Education Secretary, Gavin Williamson, said that there would be “no U-turn, no change”. The U-turn inevitably followed, though U-turns are indeed no change for this government. The “algorithm” was blamed for the downgrades, as though the algorithm somehow wrote itself. Gavin – algorithms only do what they’ve been programmed to do. It’s not Skynet becoming conscious and, rather than choosing to wipe out humanity, deciding instead to fettle the working classes’ chances of social mobility.

Williamson in his role as Education Secretary was previously a C, but he’s now been downgraded – sorry, standardised – to a U. Next Tuesday he’ll be something else.

The Yorkshire Post ran an opinion piece arguing that Williamson had failed to act according to any of the seven Nolan Principles that govern standards in public life. If Williamson has even heard of the Nolan Principles, I expect he thinks one of them is a regular on Loose Women.

And finally, Williamson may not be the Ruler of the Queen’s Navy, but – with apologies to Gilbert and Sullivan – his career experience leading up to the Education department makes just as much sense:

At selling fires I showed such a bent
That they promoted me into management.
I had an indiscretion with a bright young miss
Though I swear to you we only ever shared a kiss
And even though I had to leave the company
Yet now I am the Education Secretary
(And even though he had to leave the company
Yet now he is the Education Secretary)