Take Your SEAT - The Next Generation 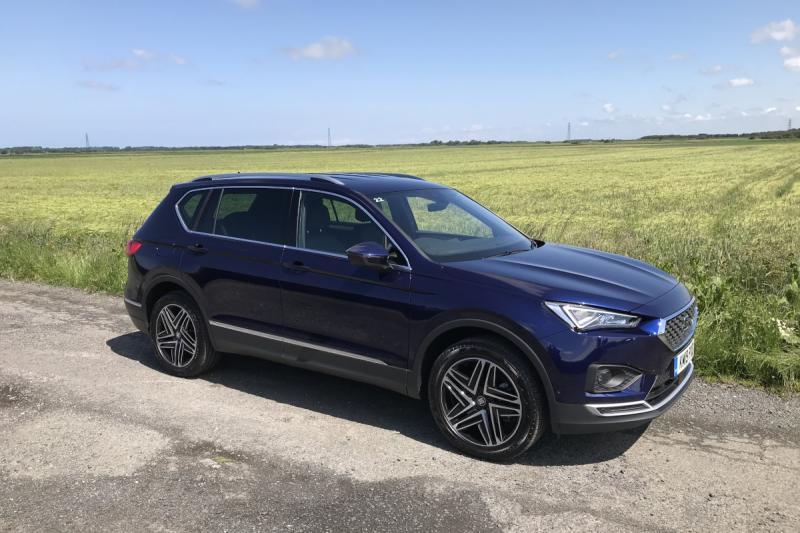 The range has been broadened considerably in the last few years and whilst the Leon remains their best-seller, the now formidable range of SUVs, namely Arona, Ateca and Tarraco, must surely take the credit.

The next step predictably will be the launch of fully electric vehicles and we were treated to the world premiere of the SEAT Mii Electric, which will begin the charge. 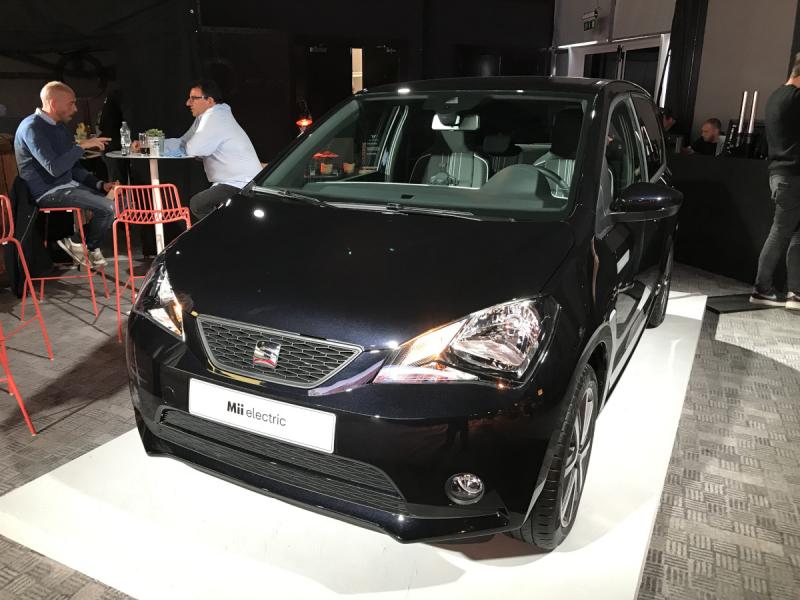 We can expect to see the first cars on the road at the beginning of 2020.
Pricing and further details will be announced nearer the time. 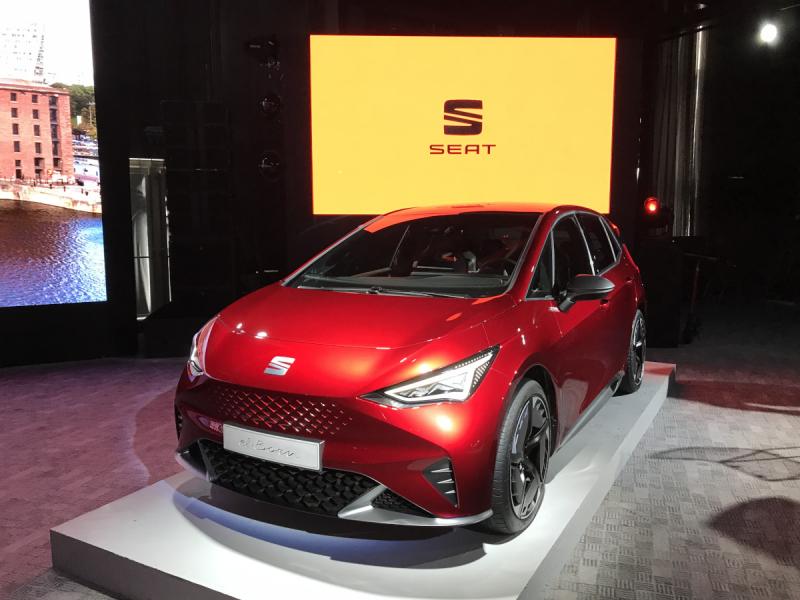 The Forthcoming SEAT El Born
Also on display for our delectation was the rather striking El-Born, a family-sized electric car also scheduled to arrive in the UK next year. The recipe includes:

I look forward to driving these exciting new vehicles in due course.

Many of you will already know that SEAT continues to establish its Cupra performance arm. Signalling intent, a new dedicated headquarters has now been built. The plan is for a range of up to five Cupra models. 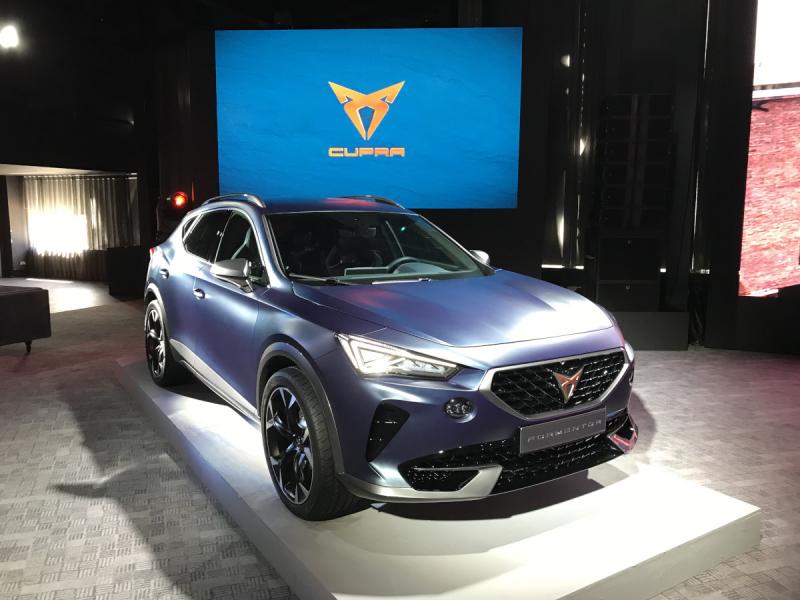 The Cupra Formentor takes centre stage
We have already seen what Cupra can do to mid-size Ateca SUV. Sensible family conveyance one minute, snorting performance car the next (0-60mph in a scarcely credible 5 seconds, top speed 153mph).

The next step for Cupra is the upcoming Formentor, which again aims to offer the benefits of a performance car, combined with the qualities of an SUV. This model will feature a plug-in hybrid engine with a total output of 245PS and a 30-mile electric only range.

Formentor will also appear next year, so expect plenty of SEAT/Cupra reviews…
It’s all very well hearing about a manufacturer’s future plans, but motoring journalists are always keen to get behind the wheel. To that end, SEAT had brought along a large selection of their current offerings for us to drive.

Central Liverpool was perhaps not the best location for a drive event, but it gave me the chance to briefly sample the new seven-seat Tarraco SUV.

There is much to commend, not least the accommodating interior. Five full-size adults seats, with two child-friendly perches rearmost, this is now a familiar set up for this type of vehicle. For most it will suffice and there is the added bonus that with the third row of seats folded away, there is a gargantuan 700-litres of usable boot space.

The driving position is suitably commanding, the front chairs comfortable and the controls easy to reach. Xcellence trim, as tested, boasts all the expected niceties such as part Alcantara upholstery, and a top-class touchscreen, controlling the satellite navigation and audio system.

Under the bonnet of ‘my’ Tarraco sat a 190PS 2.0-litre diesel engine mated to a smooth-shifting seven-speed DSG gearbox. Power was fed to all four wheels via the 4Drive system.


Also by Andy Harris...
Estate Car Excellence From Peugeot – 508 SW On TestAudi’s Supersize Q8 On TestMazda’s First Fully Electric Car Available To Order – Behold The MX-30Czech Out The New Octavia – From SKODA Of CourseThe New Vantage – An Astonishing Car!
No ball of fire, the Tarraco plays the role of gentle cruiser, which should suit most owners just fine.

Petrol engines are of course available, but I would suggest diesel best suits this type of vehicle, especially if a full complement of passengers is regularly on board.

Set to do battle with sister brand Skoda’s Kodiaq and Volkswagen’s Tiguan Allspace, you pays your money and you takes your choice!

My day of immersion in the SEAT brand ended with a short city drive in a beautifully restored 600D from the 1960s. 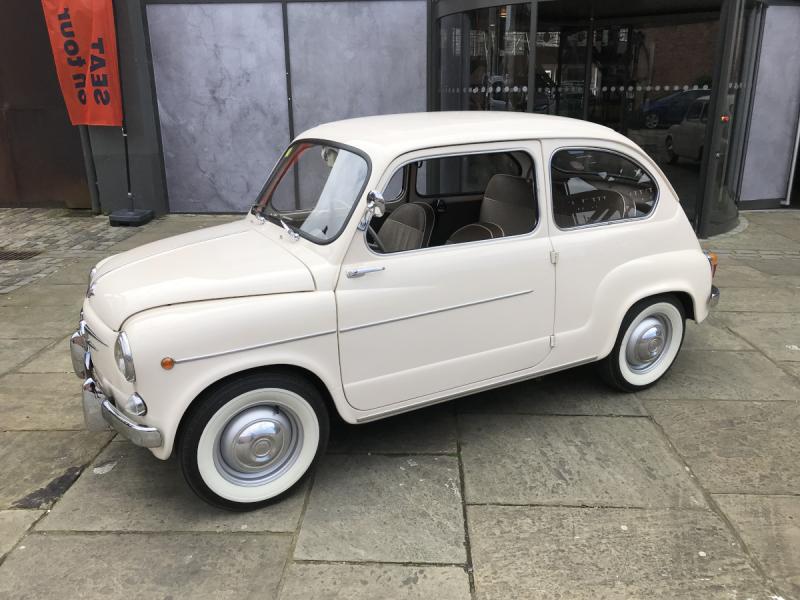 Smile-inducing SEAT 600 D
The car’s arrival in 1957 was the social phenomenon of the year, heralding the beginning of Spanish motoring for the middle classes. Some 800,000 were manufactured until production ended in 1973.

The interior is a packaging marvel with room for four average-sized adults to travel in some degree of comfort.

The 25hp 767cc engine felt eager and the four-speed manual gearbox was slick in its action. Around town, it felt lively, sounded great and attracted more attention than almost anything else you can think of.

So all in all, an interesting day and with so many new products in the offing, expect to hear more about SEAT and Cupra in the coming months.