The Bonds That Define Us: And The Mountains Echoed By Khaled Hosseini 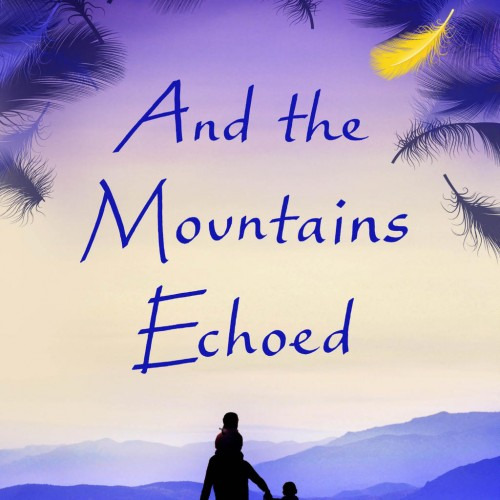 I have long understood that boys and girls often prefer different reading matter. Too often, as English teachers, we would complain that there were not enough books to engage boys and no wonder we struggled to get them to read. In reality, I believe that it’s not the reading so much as the sitting down with which many teenage boys struggle. Much has, of course, been done to redress the balance: Anthony Horowitz has written the Alex Rider Series, John Christopher, The Tripods, Chris Bradford, the Young Samurai books, to name but three authors who have all produced excellent stories which appeal especially (though not exclusively) to boys.

As a general rule (I know there are always exceptions), the female of the species engages on a more emotional level, enjoying plots which are based more around relationships whereas, on the whole, boys prefer action, adventure and a faster pace. It is no secret that in terms of media representation, action adventure films have actually been defined as being of the masculine gender. The language of novels, too, can tend towards male or female readers. Longer sentences of elegant, subtle writing with languorous descriptions may appeal more to women than the rather more pragmatic writing, preferred by some, which gets to the point quickly, driving the action at a pace.

And the Mountains Echoed definitely bridges the gap. A beautiful story, set in Afghanistan, America, Greece and Paris, it traces the journey, over sixty years, of one Afghan family – a rich seam of history waiting to be explored.

Abdullah and Pari are brother and sister, brought closer by having no mother to care for them. They are brought up by their father and a stepmother who clearly cares little for them and more for her own offspring. Theirs is a life of poverty but their love for each other is unequivocal – Abdullah even exchanges his only pair of shoes for a feather for Pari’s collection.

Khaled Hosseini
And then, they are separated. The moment is unexpected and harsh. The significance of the opening chapter becomes apparent. ‘Sometimes a finger must be cut to save a hand.’ The age difference between them means that Pari, just three years old at the time she is torn from her family, is blessed with not having memories of her infancy and therefore does not miss that which she cannot remember. Abdullah is ten and wracked with grief. There begins the story.

This is not a typical family saga by any means and while it often takes time for me to really engross myself in a book, this one had me hooked from the first chapter. It is a series of events which demonstrate how lives may be linked in an intricate web. Each chapter is told from a different perspective and not necessarily in chronological order; each feels like a separate story until the link is revealed, sometimes distant, sometimes not, and ultimately, it all dovetails neatly together. The ending is not necessarily what the reader wants but it is touching, offering hope in its own way.


Also by Artis-Ann ...
Review: Fatal Solution By Leslie Scase‘The Grit In All Of Us. Every Writer’s Ideal Material’: Red Sky At Noon By Simon Sebag MontefioreReview: Not For All The Tea In China By Chris BurrowsThe Greatest Doublecross In The History Of Espionage: Our Friends In Berlin By Anthony Quinn‘Goddesses, Housewives Or Whores’: Women Of York By Claire Shaw
The characters just stepped off the page and it was hard to remember that they were not real. The reader’s initial judgement is often revised: Parwana, the seemingly wicked stepmother, has a sad story of her own while Nabi and Nila could also just as soon be heroes as villains, but in time, all provoke sympathy. Idris and Timur contradict expectation – an ironic comment from the author.

Hosseini tackles difficult subjects with subtle discretion. Gay love, class, a rebellious young woman in strict Afghan society, sibling love, dealing with the truth, servant loyalty and sacrifice: all are explored to some degree - and Hosseini does not necessarily follow the rules.

It is a book of many layers, a deeply moving story about family bonds which tie us inextricably. It is beautifully written with shades of darkness and light, and cleverly structured to show how the choices we make may reverberate across the decades. Responsibility weighs heavy and yet, while some shrink away from it, others will not exchange it even if the opportunity for freedom presents itself. Memory is important especially when separation is forced upon us. The writing has a richness to it and there is an emotional wealth which cannot fail to affect the reader. I both laughed and cried at the sensitivity and the occasional brutality. Human failings - our shortcomings – are made clear. While some mistakes are rectified, good intentions are not always realised. As a species, we are not perfect.

And the Mountains Echoed is published by Bloomsbury