The Funeral Of H.R.H Prince Philip, Duke Of Edinburgh 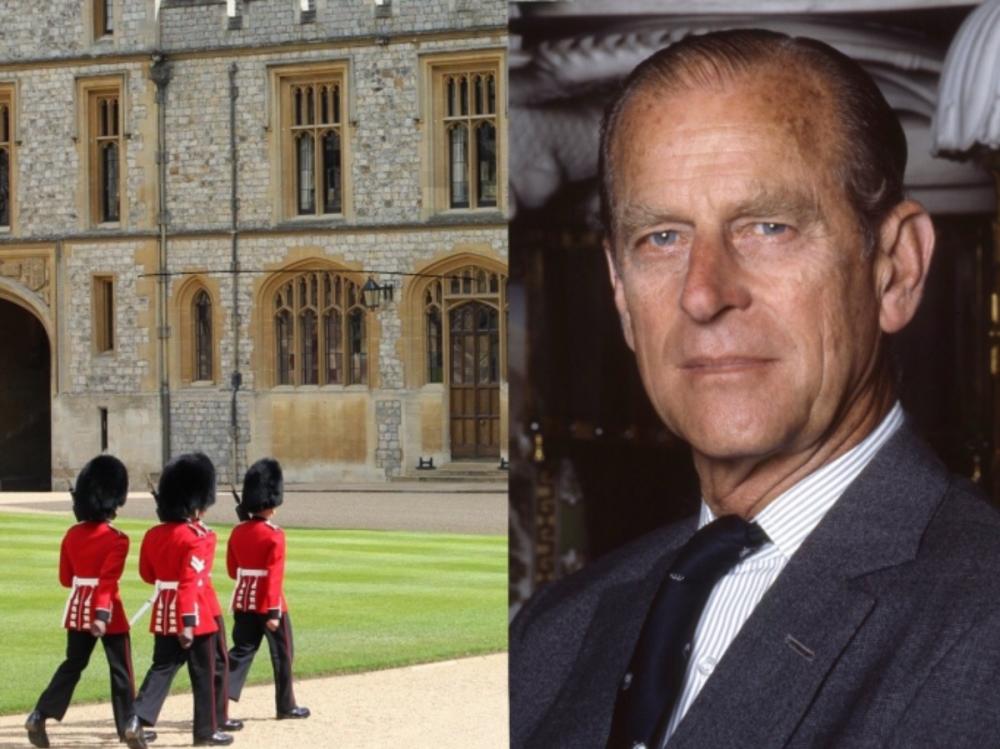 Prince Philip in his seventy-first year. Photo by Allan Warren. And Windsor Castle grounds bathed in sunshine
It was an emotional farewell for HM The Queen as she said goodbye to her husband of 73 years and the longest consort in British royal history.

The service so eloquently combined solemnity, pageantry and the beauty of simplicity steeped in the Anglican tradition, of which he would have been so familiar.

I lost both my parents within a short timescale and last year and had to put two short services together based on readings and music I knew my parents liked. That, I suspect, is similar to most people’s experience of such matters. By contrast, this funeral had been planned well in advance and with military precision by the deceased himself.

As a country, we are renowned for pomp and ceremony and as the spring sunshine lit up the Quadrangle, the tri-service band comprising The Band of Her Majesty’s Royal Marines Commando training Centre Royal Marines, The Band of the Scots Guards and The Combined Bands of the Royal Air Force, played familiar classics: Jerusalem, I vow to thee my Country, the main theme from Holst’s Jupiter movement from The Planets, O Valiant hearts and of course, Elgar’s Nimrod (Enigma Variations). As the cameras panned around the Castle we spotted the carriage he loved to drive.

It was at 14:38 that the music stopped and the coffin was placed on the Land Rover, draped with his personal standard. The only sound the military feet on the gravel.

Members of the Royal Family led by HRH Prince Charles and Princess Ann formed behind the coffin. It was then that sound of the National Anthem punctuated the silence and the state Bentley pulled up – our first sight of the Queen accompanied by her lady in waiting, Lady Susan Hussey.

The band began Beethoven’s Funeral March and along with a drum beat, the procession moved off. The Queen stopped at Galilee Porch and was led into the sixteenth century chapel.

Eight Royal Marines lifted the coffin outside the steps at the west end, and in a display of impressive choreography, took it up the steps. Their feet moving together with a feel of ballet dancers. The Navy pipers piped The Side, used on ships to inform an officer is coming on board.

After the National Minute’s Silence at 3pm, signalled by a gun salute the coffin was taken along the Nave, the sun pouring through the windows highlighting another simple element of the service; the Nave had been cleared of chairs. Moving under the organ screen into the Quire the coffin was finally placed on the cafalque and the ceremonial funeral began focusing on service to the Queen and the country.

The Dean of Windsor, the Rt Revd David Conner who takes precedence of the Archbishop of Canterbury, as St George’s Chapel is a Royal Peculiar, opened with the Bidding and he read the first fitting lesson Ecclesiasticus 43 verses 11 – 26 and The Archbishop the second John 11 21-27. The music was sung perfectly by the three lay clerks: alto Tim Lilburn, Tenor Nicholas Madden and bass Simon Whitley, joined by soprano, Miriam Allen.

The arrangement of the sea farers’ hymn Eternal Father combined once again simplicity and grandeur with Luke Bond on the organ entering later. His accompaniments throughout were sensitive. Britten’s Jubilate Deo commissioned by HRH Prince Philip for the Chapel Choir was still impressive without the support of what would, in normal circumstances, be sung by the full choir. The choir performed part of Psalm 104 in a setting by William Lovelady composed for the Duke’s 75th birthday. In a day and age when we talk about wellbeing, it is a shame that choral matins is no longer to be found in most cathedrals and churches as the music and words are the perfect antidote for a busy world.

Thank goodness we still have Choral Evensong sung in most cathedrals every day. The beauty of the service was moving and as we neared the end the Russian Kontakion of the Departed, a hymn of the Eastern Orthodox church was sung followed by a Lament played by the pipe major of the Royal Regiment of Scotland. Then the Last Post and Action Stations played by the buglers of the Royal Marines Band with the State Trumpeters of the Household Cavalry, in between performing Reveille. The coffin was lowered by lift into the royal vault beneath the altar.

The television cameras rightly respected the Queen’s privacy at such an emotional time and we occasionally were allowed to see her with head bowed. On the altar was the Duke’s various insignia. The service was intensely personal and caught the unshakeable Christian faith of HRH Prince Philip.