The Hunger Games And Battle Royale 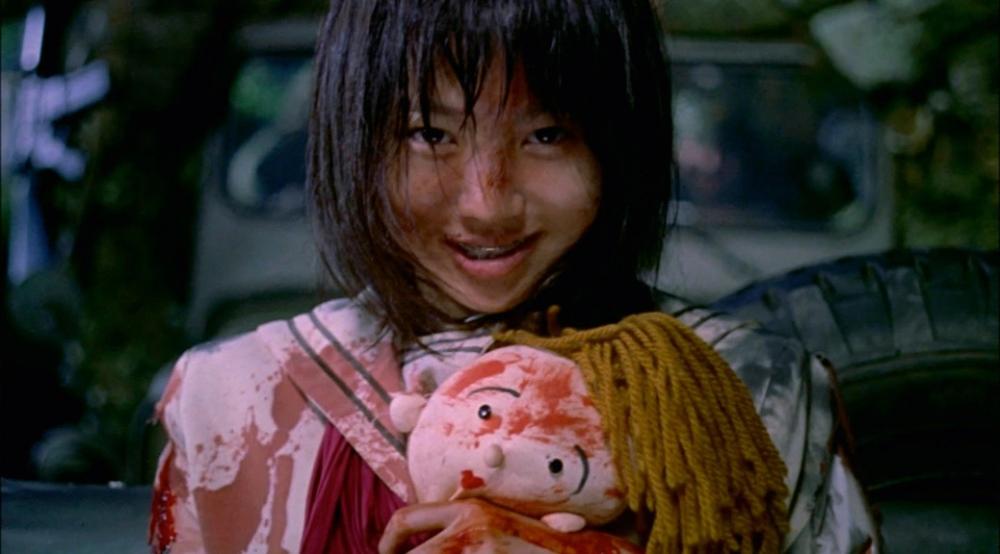 Battle Royal
Ever wondered where Science Fiction writers get their stories about the future from?

The answer is, of course, the past.

Is it as simple as taking a myth or legend and putting on a space suit? Well, If you plunder the Odyssey: putting a hero in a space ship; sending him round the Galaxy to meet monsters, demons and supernatural powers; venturing on a ‘five year mission’ (as opposed to Odysseus’ ten), and call it Star Trek, then perhaps, it is as easy as that.

Or take something popular from our own times and run a script conference with ’what if ...?’ on the agenda . ‘What if Roller Derby is taken to the next level where powerful Corporate interests have become more powerful then Governments (as if that could ever happen)? Oh yes, and make it even more violent than it already is.’ The result would be Norman Jewison’s 1975 film Rollerball.

Television Game Shows in the early days consisted largely of contestants answering general knowledge questions. The format needed a less esoteric appeal. Script conference discussion: ‘What if we issued a physical challenge … what if we pursued them across the countryside … what if we put them on an island and rewarded survivors … what if …?’

Perhaps viewers thought the format had reached its zenith (or nadir) with Gladiators or the Japanese Game Show Takeshi’s Castle which ran for over 130 episodes before being a worldwide hit (more of this one later).

Not extreme enough, in the minds of Sci-fi writers: ‘let’s make them actually murderous and set it in (that favourite place of all futurologists) a dystopian future’.

And so we have The Hunger Games.


Hunger Games
Originally a trilogy of novels by Suzanne Collier, the films were a sensational success for Jennifer Lawrence as Katniss Everdeen (did anyone else, on first seeing the films, hear ‘Catnip’ Everdeen?), subsequently grossing $6billion. For those who have not seen the film, the country of Panem is divided into 12 districts each of which sends two young people to compete with the others in a broadcast elimination game show played to-the death. They are isolated under a dome, supplied with weapons and manipulated into killing each other. The survivors are rewarded with riches and leisure for the rest of their lives. Or are they?

Oh yes, there is an inevitable love interest for Katniss and Peeta, her co-combatant from District 12.

Far less likely is the possibility that you have seen the Japanese cult hit Battle Royale, though you may have encountered the video games. Banned in many countries, including, for a time, Japan, the film preceded Hunger Games and is remarkably similar.


Also by Mike Tilling...
The Newsprint ShowYojimbo And A Fistful Of DollarsJaponisme: The Influence Of Japanese ArtWagnerism – Art And Politics In The Shadow Of Music – Alex Ross, 4th EstateAlexa De Strange – In Rehearsal In Scarborough
The plot is predicated on a future where school students had rebelled and, as a warning, each year a random class is chosen to be isolated on an island, supplied with weapons and encouraged to murder each other.

In a curious self-referential echo, the master of this mayhem is none other than Takeshi Kitano – the original host of Takeshi’s Castle. It seems that Art can imitate Art, as well as Life.

Unsurprisingly, everyone involved with Hunger Games denies any prior knowledge of Battle Royale. However, the similarities would convince any non-partisan film fan, but the crucial differences tell us much about the cultures in which they were made.

Hunger Games ends with Katniss becoming the figurehead for an independence movement that eventually (after two more films) overcomes the evil Donald Sutherland and the hegemony of ‘The City’. The keynote is optimism overcoming adversity.

Incidentally, if you have seen any footage from Myanmar recently, you will have seen protesters against the military regime raising a three fingered salute to symbolise freedom – just as Katniss does in Hunger Games sequels.

Battle Royale is certainly the more visceral of the two films. Its ending/beginning shows a young girl, clutching a doll, her blouse covered in blood, smiling in a most sinister manner while the cameras flash away.

That most Japanese influenced of film makers, Quentin Tarantino, pays homage to Samurai movies in general and Battle Royale in particular. It is easy to see why. Tarantino makes films for thrill seeking audiences.

But I am left with the question: where do you go when you have exhausted the horror capital generated by a Battle Royale? Hunger Games sequels have worked, attempts to make a follow-up to Battle Royale have failed. Perhaps the answer lies in ‘What if ...’ conferences that have a quiet voice pleading for moderation.